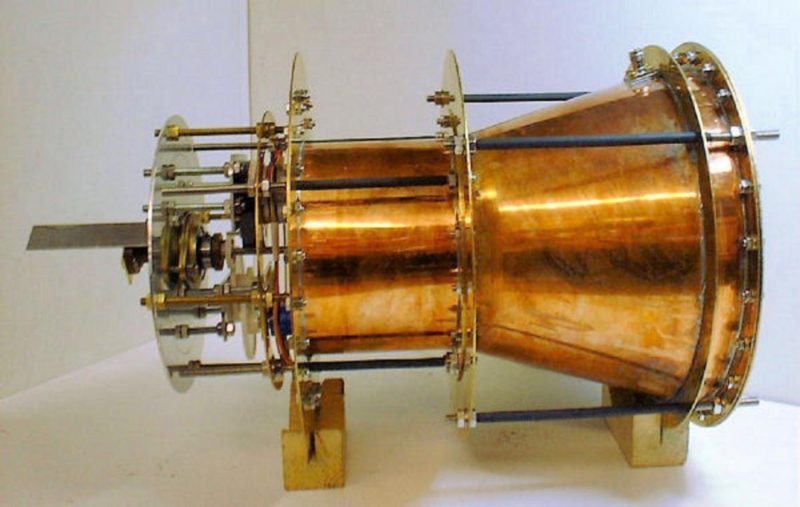 NASA’s controversial EmDrive is a curious development. A reactionless propulsion drive that, by all known laws of physics, shouldn’t work, but it does. Despite successful tests, a number of physicists still refuse to believe that the EmDrive works, since it violates Newton’s Third Law of Motion. And yet, this “impossible” drive works. But how?

Physicist Mike McCulloch might have an explanation, and it depends upon a revolutionary new theory of inertia. In a paper published earlier this month, entitled “Testing quantised inertia on the EmDrive,” McCulloch posits that inertia could be the result of radiation exerting itself on objects, an explanation that makes the EmDrive scientifically explainable.

“Today we get an answer of sorts thanks to the work of Mike McCulloch at Plymouth University in the UK,” MIT Technology Review writes in its summary of McCulloch’s paper. “McCulloch’s explanation is based on a new theory of inertia that makes startling predictions about the way objects move under very small accelerations.”

“Inertia is the resistance of all massive objects to changes in motion or accelerations,” MIT Technology Review explains. “In modern physics, inertia is treated as a fundamental property of massive objects subjected to an acceleration. Indeed, mass can be thought of as a measure of inertia. But why inertia exists at all has puzzled scientists for centuries.”

Effectively, McCulloch’s theory says that the EmDrive could be reducing the wavelength of Unruh radiation, causing it to increase the force with which it is able to propel objects.

Much like the reaction to the EmDrive itself, McCulloch’s theory is sure to meet some resistance from the scientific community – as it should, as is the point of scientific rigour – but it could bring us closer to understanding how this exciting, “impossible” piece of technology functions.