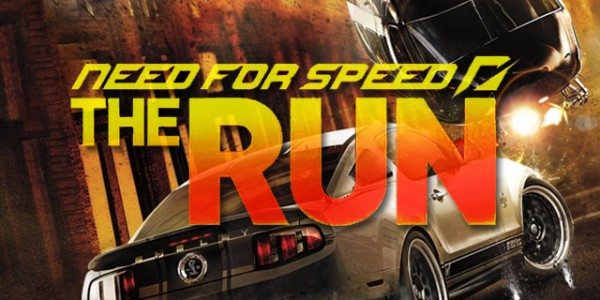 Another seasonal update of the Need for Speed franchise, after the hard core racing sim that was NFS: Shift 2, The Run is a return to roots for the series, with fast paced arcade/precision driving.

Being the 18th game in the NFS franchise I was expecting something new, but there really isn’t much sign of that here, although with the integration of the Frostbite 2 Engine lifted from EA’s other gaming juggernaut Battlefield 3, the graphics have come on a treat over the years, destruction and sparks abound as your tear through the traffic. 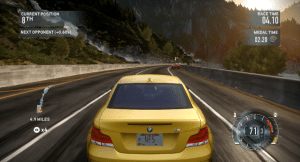 It’s not as polished as Shift 2 when it comes to graphics, but the sense of speed even in the lower class of vehicles is immense throughout the game.  I personally play on the bumper cam and the experience is as thrilling and as is nauseating, just as it should be when tearing through city streets at 200mph. 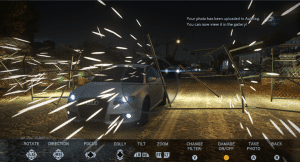 It’s rather forgiving as far as it’s system requirements are concerned, running on a EVGA GTX 460 SSC, AMD 955BE 3.2 x4 with 4gb, which is a modestly priced system, I had no problem with maximum settings @ 1920 x 1080 and the frame rate never dropped or stuttered once, keeping the games pace sharp and responsive throughout.

In The Run you take the roll of Jack, a ne’er-do-well boy racer with a bit of a cocky dispossion, but not completely unlikeable. 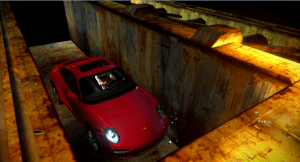 He starts his life in this game duct taped to the wheel of his car, dumped in a car compacter, about to meet his merry demise at the hands of some mobster,  sorry the cliches don’t end there for the story.
Immediately the games one new feature, albeit not an original one, throws you into a quicktime event.  I’m not a fan of the whole “press X to save the universe” ideal that some games employ with quicktime events, but I must admit NFS does a  great job here and it does change the pace of the game nicely, this being the first NFS game that has gameplay outside of the car, but not wanting to spoil the supprises this offers, I won’t say much more about these moments. 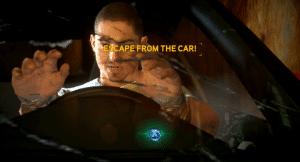 “The Run” is a 3000 mile race from the East Coast to the West Coast of America, broken up into 10 stages, taking you through the amazing back drops of Death Valley, the Rockies and The Great Lakes on the way.  While 3000 miles is a long way, the game in reality is nothing like that with an easy completion time of this 3000 miles in well under 3hours, Although I clocked about 7 hours playtime overall in this mode, which is not an uncommon length for a games story mode these day.  Short but fun, that’s all I’ll say on that one. 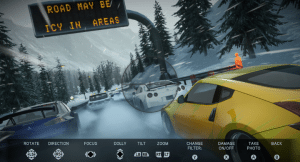 There is a wide choice of cars available in the game, which you can change at certain points or by pulling into one of a few petrol stations on the way, although this does tend to leave you a little behind in the race, which is annoying.

All the better cars unlock too close to the end for my liking and the best (like the McLaren F1) don’t even unlock till after you complete it, which makes no sense to me at all, but that’s how it is.

I did on the other hand find myself sticking with one car for the majority of the game though, the Lamborghini Gallardo, but I did prefer the handling on the “difficult” to handle cars as they drift a lot better than the “easy” class cars. 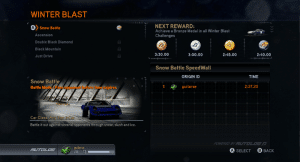 Beyond story mode there is a “Challenge Series” that allows you to replay the sections of the run, completing various tasks to earn EXP and cars by overtaking so many cars, catch up with a car, or go fast, that kind of thing, but they all general revolve around being the first to the finish line, it is a race after all.

Completion of these challenges unlocks more cars for play in all the various modes, so it’s worth a visit and has more play time overall than the main story mode.

All the modes here integrate a feature called the Autolog, I don’t have any friends who own this game, but if I did, it would be telling me I’m way better at this game than they are ha-ha!  Notifications on this inform you if your times get beat, who is scoring the highest EXP and driver level among all your friends, nice. 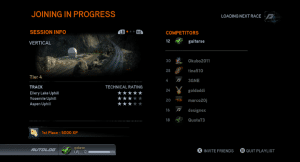 A modern racer wouldn’t be complete without a comprehensive online mode, which IMO is NFS The Run’s strongest feature, matchmaking was swift and incorporates a sturdy drop in drop out system combined with auto track rotation and a voting system to make sure you can always find a game and you can keep playing without having to quit back to the lobby after each race. 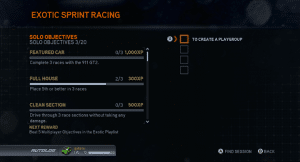 There are several game types in the online multiplayer lobby, from Mixed, Exotic, Muscle, Underground to Supercar, dependant on your taste, but expect to have to complete a few of the objectives in some of the first few to get the really fast stuff, which is more fun than it sounds thanks to the variety of challenges, such as doing so many races in a particular car, getting win streaks, not crashing, all of which will again will earn you EXP and more cars.

Over all it’s a solid return to NFS roots, the police chases are a little weak IMO, but you can get a considerable challenge out of the game on higher difficulties.  The cut scenes do add to the atmosphere, quick time events are for once a welcome addition, graphics are solid throughout, the multiplayer is great fun and the choice of cars is robust, it’s just a shame a 3000 mile race feels more like 200 miles in story mode.

If you’re a fan of the original NFS games this won’t disappoint, but if you’re coming from the NFS Shift camp, expect this to feel simple in comparison.[/wpcol_1half_end]