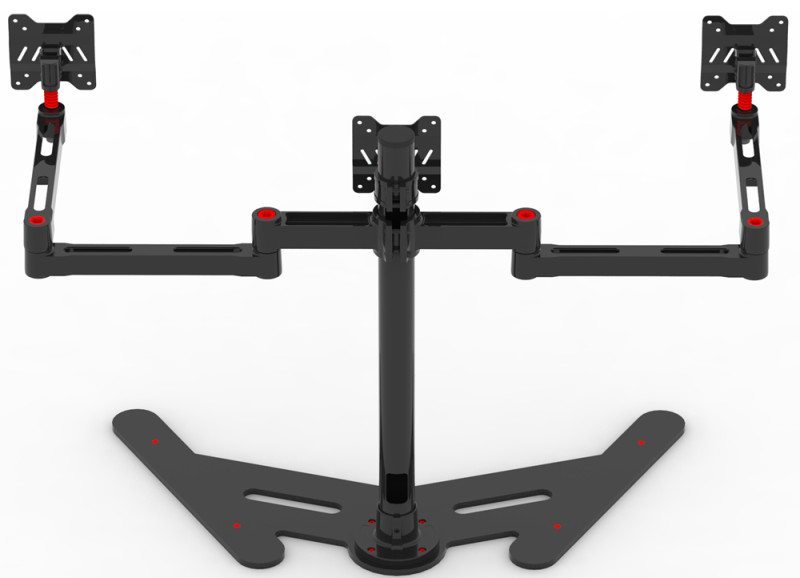 I’ve never personally been a fan of the desktop monitor stands, they’re large, heavy and expensive. Although the main reason I’ve never liked them is because I’ve never had enough monitors to buy one; until now. Since upgrading our test bench to triple 4K 28″ monitors, I’ve had to resort to putting the monitors in portrait just to fit on my desk; despite it being custom-made and a lot larger than most other that you can buy on the market.

There are many options on the market, but something caught my eye back at iSeries in April that OverclockersUK had made available. It was an OCuK designed monitor stand that could support up to THREE 32″ monitors. The stand looked simply stunning and was finished off with red highlights to incorporate the colour scheme from the OCUK logo. This was announced around a year ago and seemingly went under the radar, it seems monitor stands just aren’t that important to review, yet make a triple monitor set-up so much easier and pain-free.

The Neptune stand is an absolute beast with one of the largest base plates I’ve seen and it weighs just under 15Kg excluding monitors. There’s not much more to say, so let’s just get cracking and see what this thing can do. 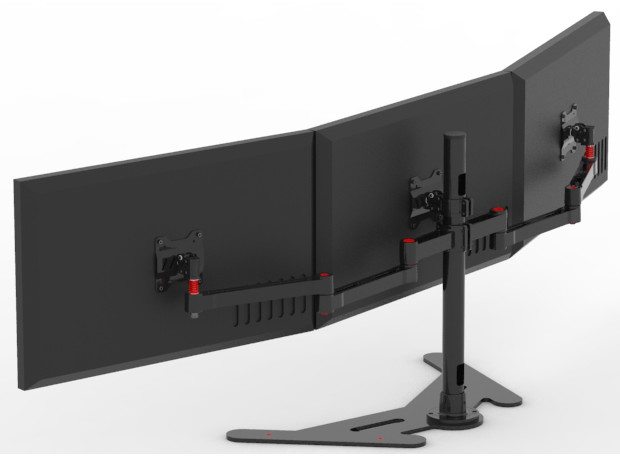