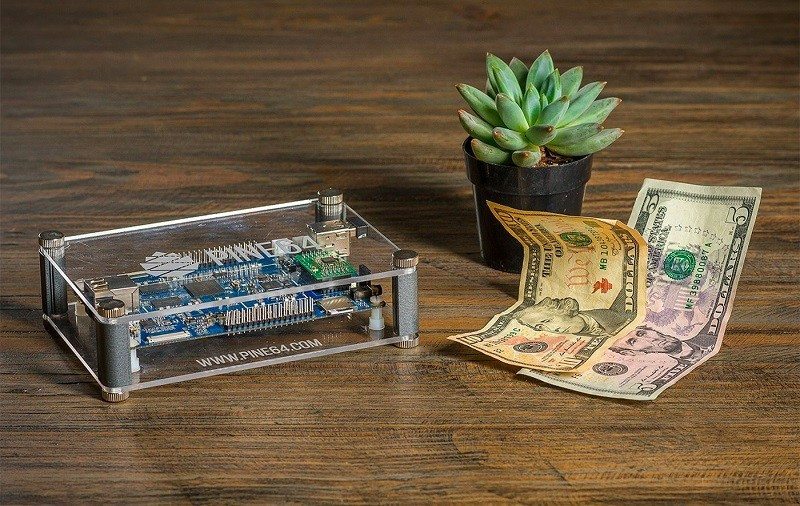 The tiny computer market is hotting up, initially ignited by the Raspberry Pi Foundation – which recently released its smallest  and cheapest computer yet, the Raspberry Pi Zero – and spawning rivals like the Orange Pi, Chip, and Kangaroo. The latest entrant, developed by PINE64 Inc., aims to set itself apart, with its 64-bit processor and 4K video output capability.

The PINE A64, which has already surpassed its crowdfunding goal on Kickstarter, boasts a quad-core ARM A53 1.2GHz 64-bit processor and a dual-core MALI-400 500MHz MP2 GPU, capable of 1.1Gpixel/s throughput and 4K HDMI output. It relies on a microSD card of up to 256GB for its boot drive, while additional storage can be added via its two USB 2.0 ports. The A64 supports 10/100Mbps Ethernet. PINE are also offering a ‘Plus’ version of its A64, with up to 2GB DDR3 RAM and Gigabit Ethernet. 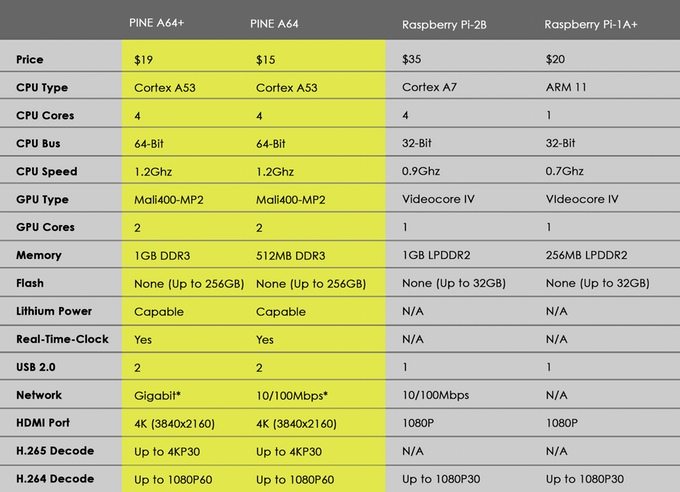 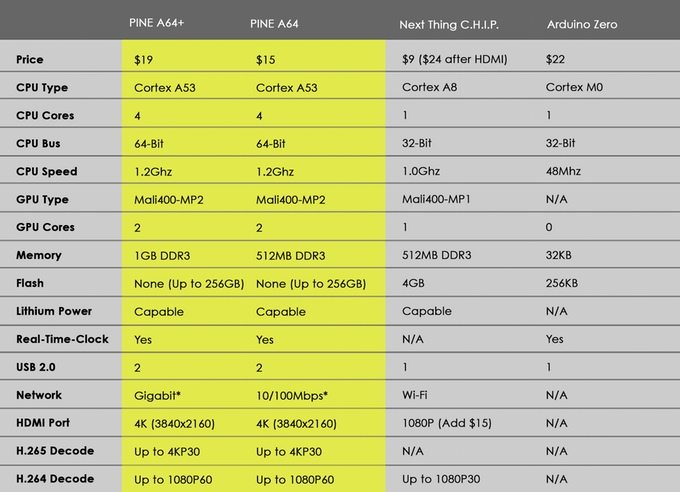 The PINE A64 is an open source platform, allowing a user to install pretty much any software of operating system they like, but PINE recommends using either Ubuntu, Android 5.1 Lollipop, of OpenHAB IoT. Using Android, the PINE A64 can become a 4K home media centre, and the board supports Miracast. 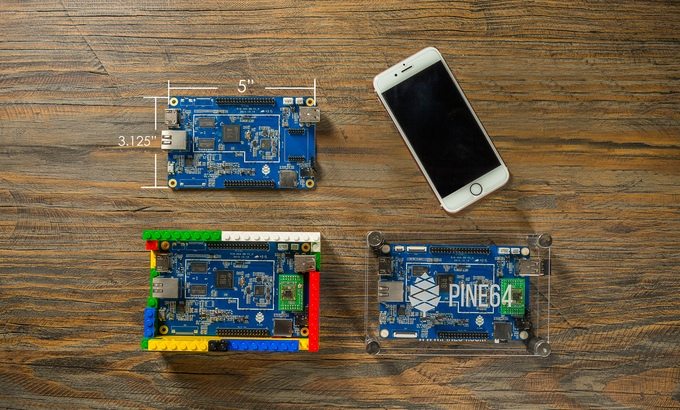 The basic PINE A64 package is available for pre-order via Kickstarter for $15, while the A64+ can be bought for $19 or $29, depending on whether you want the 1GB or 2GB version.