New 512GB Samsung EVO Plus microSD Show Up On Listings 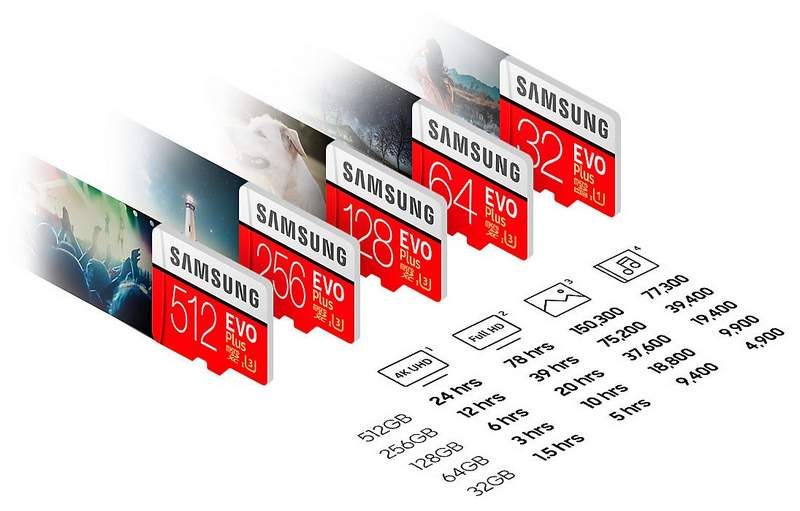 Half a Terabyte MicroSD from Samsung

Samsung is set to release their largest capacity microSD card for the EVO Plus series, now available in 512GB. This is twice as much as the previous 256GB EVO Plus microSD card and matches Lexar’s new 512GB 633x. That much space lets users record up to 24 hours of 4K UHD video and up to 78 hours of full HD media. 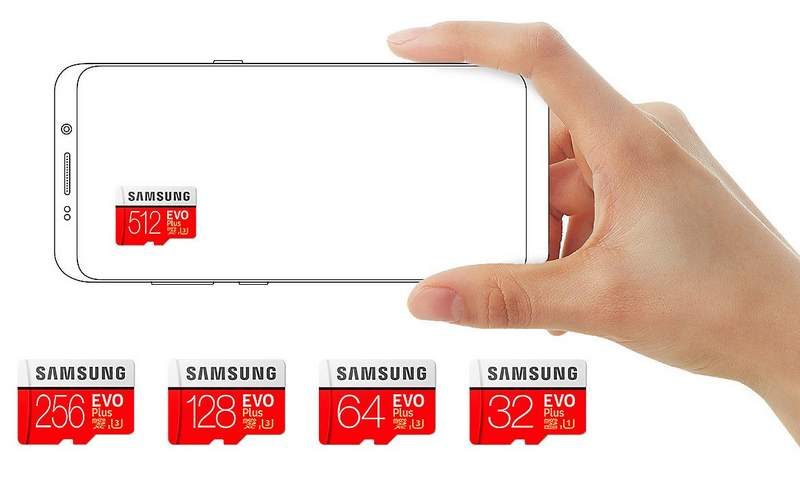 Of course, it is not all about capacity since speed matters as well. The EVO Plus series is capable of up to 100MB/s read and 90MB/s write speeds. In addition, these microSD cards are also available in 256GB, 128GB, 64GB and 32GB capacities. All of which are temperature resistant, magnet-safe, water-proof and x-ray proof.

Although weirdly enough, Samsung is not offering a lifetime warranty on these cards. Instead, each gets a 10-year limited warranty. Which is still plenty lengthy for storage, but pales in comparison to other lifetime warranty warranties.

How Much is the 512GB Samsung EVO Plus MicroSD Card?

The listing was spotted by German website AllAboutSamsung.de at the German Amazon store. It now lists the card for 257.41 EUR and will be available starting November 10, 2018. This was actually moved up from the original November 18 availability. 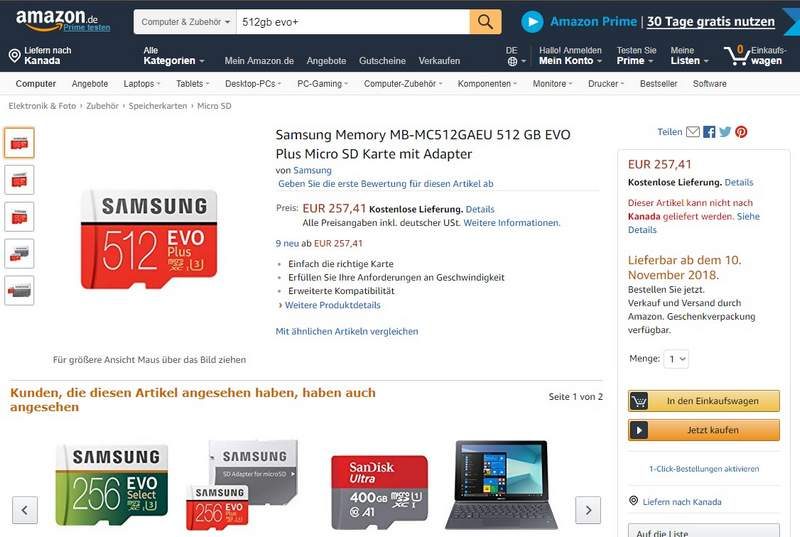