We have over recent weeks been checking out the brand new Ryzen processors that AMD has been releasing. Now firstly, I must say that I am a massively impressed fan of the Ryzen 5 APU style processors. You can read our review of one of them here, but put simply, the Vega architecture makes 60fps gaming very possible on a low budget.

Following some leaked images, however, we might have our first look a the brand new and yet to be released AMD Ryzen 7 2700X. This, of course, being the follow up to the excellent 1700X.

What we know so far!

In a report via VideoCardz, the Ryzen 7 2700X has turned up out of the blue and is believed to be the first consumer model found. 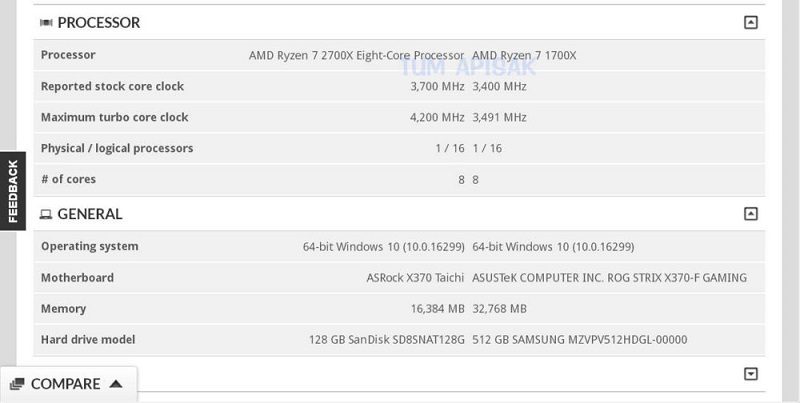 The first key point that comes to mind is via the comparison above. Although we have suspected that the 2700X might be significantly more powerful, AMD has managed to get another 300mhz out of the stock core speed and amazingly 500mhz on a turbo core clock at over 4,200mhz. This could potentially be the new landmark in AMD processors since the excellent 8350.

At present, the release of the 2700X isn’t expected until April 2018, but we are again, very excited as we were for last years Ryzens.

Between the Ryzen 5 1600X and the Ryzen 7 1700X, they were two of our favorite processor releases from last year and with the news of the new Ryzen processors emerging, we are getting excited again.

It might be time to start whispering ‘Ryzen is coming’ again.

What do you think? Planning on getting one of the new Ryzen’s? Any model in particular? Did you go Ryzen last year? – Let us know in the comments! 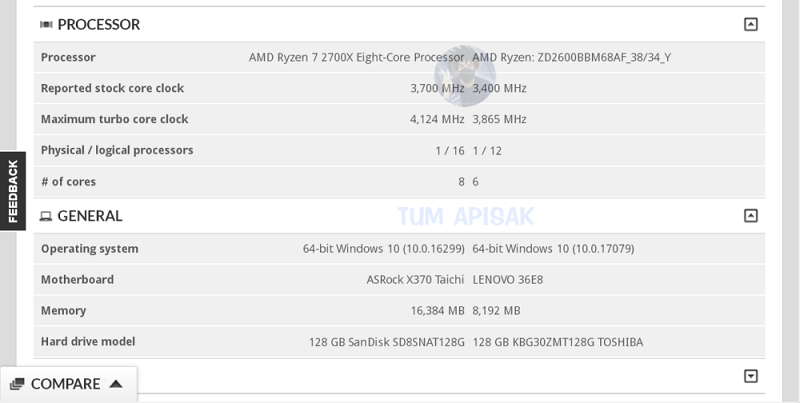