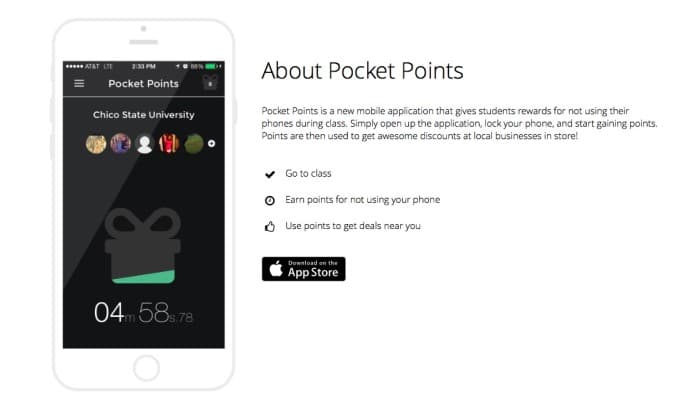 A new app, called Pocket Points, is offering free food and other prizes to students who defer from using their phones in lectures. The app measures the amount of time the phone is unlocked and offers points in return for prizes.

A number of US colleges have utilised the app which aims to increase concentration amongst students and prevent distractions. Every 20 minutes the app is running and while the phone is unlocked, a point is provided to such students. One such university using the app, Penn State, offers students a 15% discount on goods in its own store.

The app, which was developed by a student at California State University, Chico, has been praised by students and tutors alike, but it hasn’t been without criticism. Some say that it’s counterproductive by offering bribes to students who should really be responsible for their own academic success.

What do you think? Are you a student? Would this be good for you?