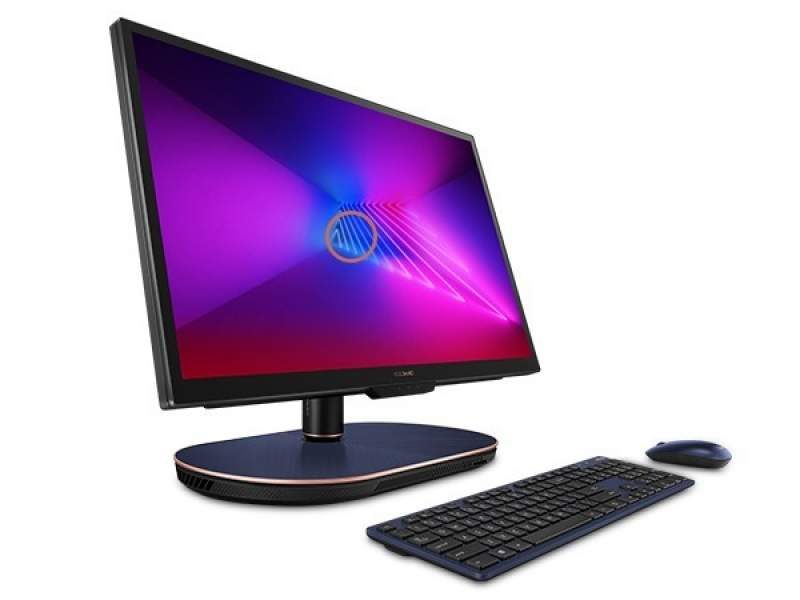 ASUS is launching their new Zen AiO 27, an all-in-one PC sporting Intel‘s i7-8700T CPU. It is complete with the 27-inch IPS 4K UHD display mounted on top of a thin PC. In fact, it is so thin that it looks like just a regular monitor base. Inside, it has a 512GB M.2 PCIe SSD, 16GB of DDR4 RAM and a 2TB HDD. Users can also readily upgrade these parts since they are accessible.

Furthermore, the base also contains a wealth of connectivity options. It includes three USB 3.1 Gen 2 Type-A ports at the back, and two more USB 3.1 Gen 2 ports on the side, one of which is a Type-C reversible. There is also a MicroSD card slot in case users need additional storage options.

Users who want to attach an extra display can also do so via the HDMI out port. Furthermore, there is also an HDMI in port as well for users who want to use to monitor to output from another source. The PC actually uses a discrete NVIDIA GeForce GTX 1050 4GB GPU rather than integrated Intel graphics. So it is decently capable as a basic gaming PC. Aside from the built-in WiFi, the Zen AiO 27 also comes with a Gigabit LAN port for a persistent network connection.

Those are all the visible features. However, the base also has one feature hidden inside. It has a wireless Qi charger so users can just place their smartphones on top while working and it will start charging.

The Zen AiO 27 PC is available for $1999.99. ASUS unfortunately does not offer any alternate configuration for it other than the default. However, users will be able to upgrade the storage and memory on their own.