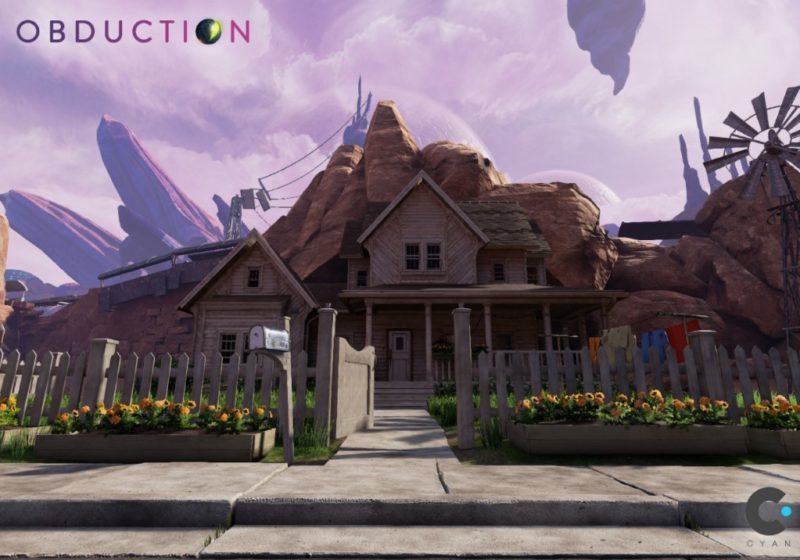 Are you a fan of the classic adventure game Myst? If you are, then you’ll likely be super excited about the latest game from iconic developer Cyan, but it does seem they have a little bit of disappointing news for us. Their latest game, Obduction, was originally pegged for a July 26th release but has now been delayed for a few weeks until August 22nd, giving them just a little more time to polish the game. Of course, I’d rather have a game that was a little late and polished, than rushed and a mess, so it’s not all bad news really. Cyan’s Ryan Warzecha gave the following statement on their official site.

“The last few weeks have gone very quickly. We’ve been working long days, and seven day weeks. Obduction has been getting better and better. But we still found ourselves implementing the last couple of systems we needed instead of having quality time to focus on squashing more bugs. Last week we still had a chance, if everything worked perfectly. At the end of the week the leads met to discuss our options. We were so close, we could ship. But we came to the unanimous decision that if we shipped it was driven mainly by the deadline — not because we were satisfied. Obduction is a product that we’re very proud of, and we don’t want to let unpolished edges get in the way of an amazing immersive experience.

So with humble hearts, but admittedly a bit of relief, we’re taking another few weeks (until the week of August 22nd) to do a bit more cleaning and polishing. No excuses, we should be better with our estimated completion dates. It’s really hard — please forgive us.”

With such an amazing looking game now so close to completion, the hype is certainly building. With the ability to go where you want and explore the world with freedom, we’re eager to see how this Unreal Engine 4 powered adventure plays out.