New Nvidia Tegra Tablet To Be 4G LTE Compatible And Roll Out With Android 4.4 KitKat 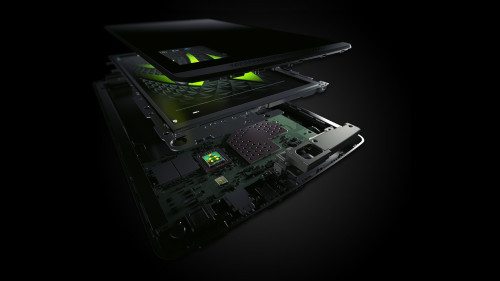 Apparently the Nvidia Tegra Note will receive a hardware refresh which will include a 4G LTE capability, having the new 4G enabled tablets available from Nvidia partners starting from Q2 2014 at an estimated price tag of $299.

While Nvidia isn’t selling the tablets themselves, they will ship to partners ready for branding and sale handling. There have been a few Tegra Note tablest on the market up until now, however none branded with major manufacturers. Even so, Nvidia expects to extned its Tegra Note tablets availability to Western Europe, Brazil, and Ukraine over the next few months.

EVGA is said to ffer the Tegra Note in North America and Western Europe, Dixons in the UK, Gigabyte in Western Europe, Korea, and China, Gazer in Ukraine, Zotac in Japan and Korea, Xolo in India, Gradiente in Brazil, and Homecare in China too.

The Nvidia Tegra Note tablet specs are basically the same aside from the new 4G capability added, having a 7-inch 1,280×800 IPS touchscreen, a quad-core Tegra 4 processor, a 5 MP rear camera, a VGA front camera, 16 GB of internal storage, microSD card support, and Wi-Fi. Also, the 4G LTE Tegra Note will launch with the Android 4.4 KitKat pre-installed, having a KitKat update ready for current Tegra Tablet owners since Nvidia is handling the updates itself.