New Technology Being Developed to Detect ‘Criminality’ from Faces 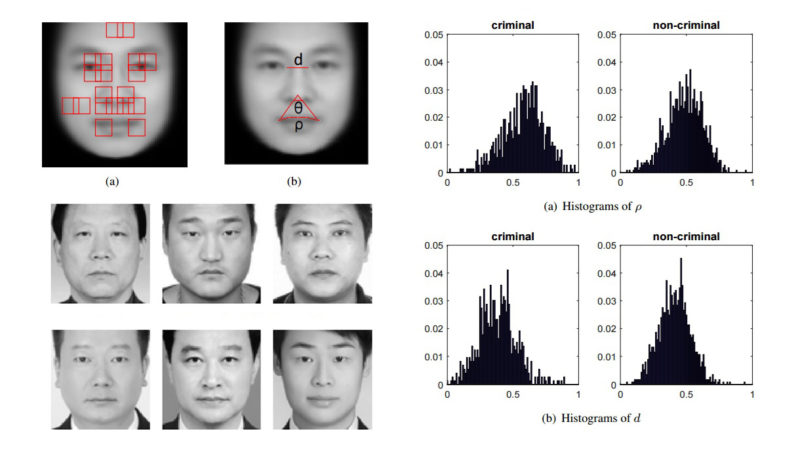 Like a page straight out of Philip K. Dick’s Minority Report, Chinese researchers Xiaolin Wu and Xi Zhang from China’s Shanghai Jiao Tong University have published a paper on arXiv detailing how a computer program can be developed to detect a person’s criminal profile just by their facial features. In Philip K. Dick’s novel, which was later turned into a Tom Cruise blockbuster and a TV series, psychics use powers of precognition to prevent crimes before it even happens, raising issues of free will and predeterminism. The research paper on the other hand uses algorithms applied to 1,856 standard ID photographs of Chinese males from age 18 through 55, selected for not having facial hair, scars or other markings as control.

Xiaolin Xu and Zi Zhang have declared their test successful, mostly identifying 730 criminals in the roster with enough variation deemed to be significantly detectable by the program. The researchers used four different classifiers, each with its own set of standards for detecting criminality and have added that they have in fact been running tests successfully since last year and have repeatedly received the same positive results. One of their classifier set dubbed the Convolutional Neural Network scored the highest at 89.51 accuracy.

The researchers note “All four classifiers perform consistently well and produce evidence for the validity of automated face-induced inference on criminality, despite the historical controversy surrounding the topic, Also, we find some discriminating structural features for predicting criminality, such as lip curvature, eye inner corner distance, and the so-called nose-mouth angle.”

This of course brings about topics of ethics, especially with the looming advancements in artificial intelligence and deep learning, mixed with decreased privacy as well as a staggering increase in CCTV/drone deployment. Many critics have voiced their opinion on the topic, some even question the paper’s validity and those that have accepted it as a valid topic of research have questioned that the data should be analyzed by actual experts in criminology.