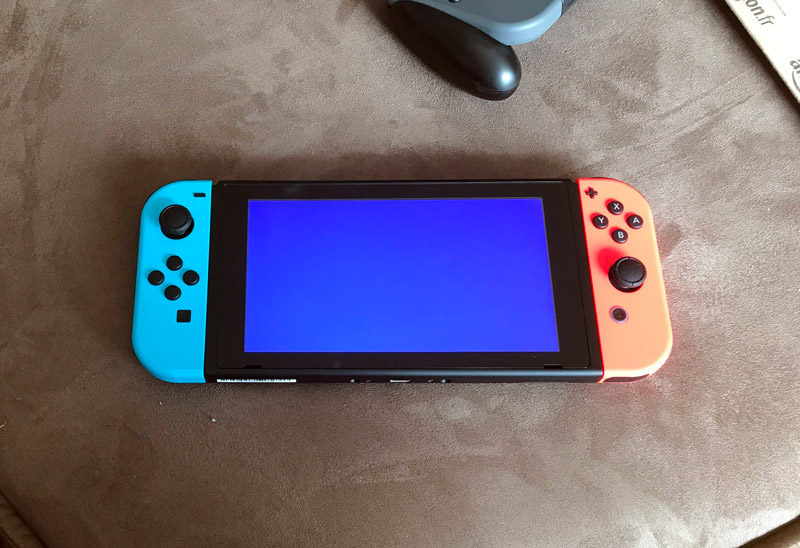 While almost everyone is excited about the launch of the Nintendo Switch, Reddit user supportdevil‘s enthusiasm was cut short quickly after experiencing something many Windows users are familiar with; a blue screen of death. This one, however, user supportdevil claims has bricked his brand new Nintendo Switch completely. From his account of what happened, he was playing The Legend of Zelda: Breath of the Wild for about 20 minutes until the screen turned white and the Switch started making noises. After restarting the new Nintendo hand-held console, he was greeted with nothing but a blue screen. The user has attempted several suggestions from other users of the /r/NintendoSwitch Reddit thread he started, holding down power for 12 seconds, etc. to no avail.

After talking to Nintendo support however, his fears were confirmed and that his was definitely a bricked console at this point and suggested to contact the seller if a direct replacement is possible, otherwise he has to send it in to Nintendo and await his replacement for several weeks. Supportdevil’s Nintendo Switch was purchased via Amazon and was fully updated before dying. In his own words, he says that it has been the most expensive 20 minutes he has ever spent since it cost him 329€.  A replacement will take a while since the popular console is sold out everywhere.

Another Nintendo Switch user named Sam85ification has posted a video of his problems with the Nintendo Switch, exhibiting the loud noises that supportdevil heard but not showing a blue screen of death: