Nintendo’s Views on Virtual Reality – “Isn’t Quite There Yet” 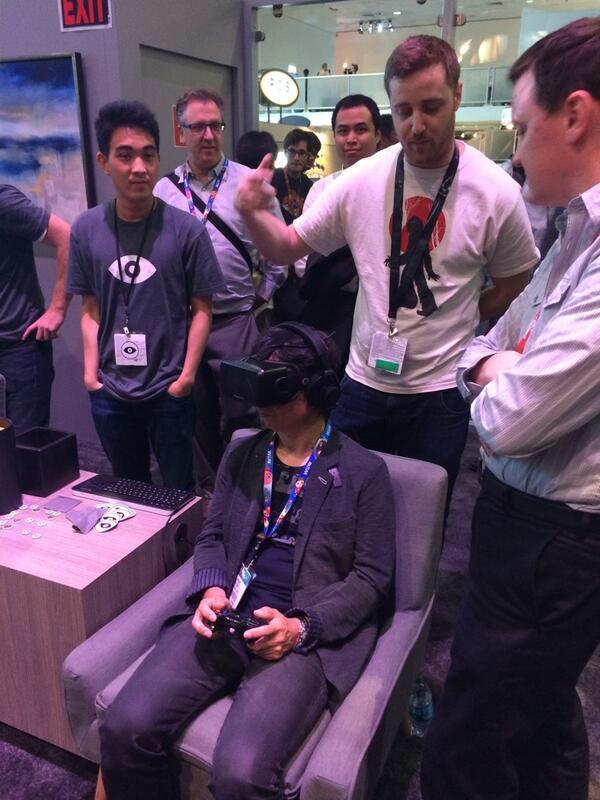 Shigeru Miyamoto, creator of Mario, Donkey Kong and Zelda was at E3 last week. During his visit he tried out the Oculus Rift virtual reality headset and was hopefully impressed! On the other hand though, president of Nintendo of America, Reggie Fils-Aime doesn’t think VR is ready to hit the global market yet.

“For us, it’s all about fun gameplay,” Fils-Aime said at E3 according to the press. “That’s what we want. We want a fun, compelling experience. Right now, the technology isn’t quite there yet, in our view.”

Fils-Aime hasn’t completely ruled out that Nintendo won’t venture down the VR path.

“Certainly, it’s something we’re looking at,” he said. “We look at a wide range of technologies. When it’s there and enables a fun experience, we’ll be there, too.”

Sony PlayStation, as we know, are jumping into the VR market with Project Morpheus, Ubisoft and Electronic Arts as working with VR internally. Things are moving swiftly forward with VR, backed up even more so with executive vice president of EA Studios saying that “all you have to do is to put the Oculus or Morpheus headset onto your head and realize that VR is now finally at the point where it’s going to be viable.”

Clearly Sony and others think the time of VR has come but will Nintendo’s choice to hold off backfire? Only time will tell.

Thank you to Gamespot for providing us with this information.

Images courtesy of Gamespot and Gioteck.