Most of the parts of this cooler are well known already, but it’s still worth checking in on all the details. After all, this is a review and not a ‘remember what you saw some time ago’ post.

With the Fans Installed

The NH-U14S DX-3647 from Noctua looks as great as the other Noctua coolers. I used to be a bit split when it comes to the colours, but they’ve grown on me. Instead of seeing them as weird, they’ve become a synonym for effective cooling.

The NH-U14S is a little bigger than the other Noctua coolers and that has to be taken into consideration when you build your system. Make sure that there’s enough height for. The symmetrical build allows for two fans to be installed and they can be adjusted in height based on where you clip in the clips. This is something that can help with memory clearance if that should be an issue. But again, make sure your chassis has the height needed. 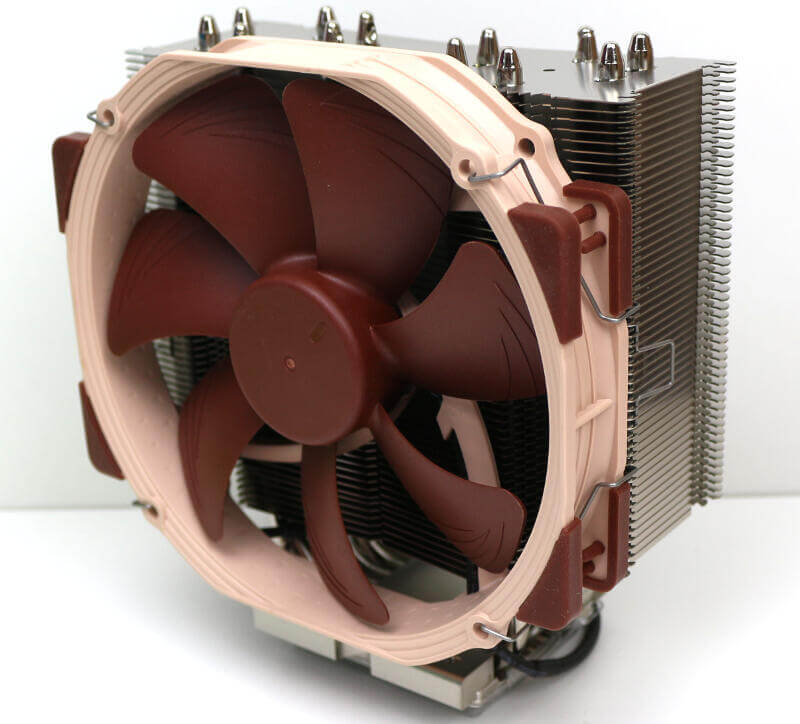 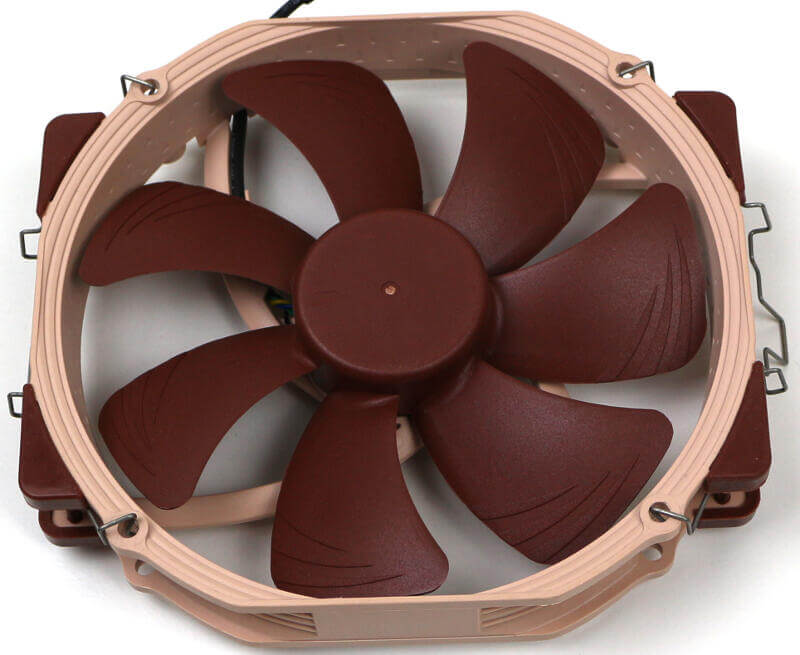 The cooler doesn’t look spectacular from the top, which is the most likely angle you’ll view it at, but why should it? It looks like most do. A CPU cooler is made to fulfil a job and Noctua’s BH-U14S certainly does that. You can spot the 6 heat pipes ending and have a nice smooth surface with a discreet company logo. 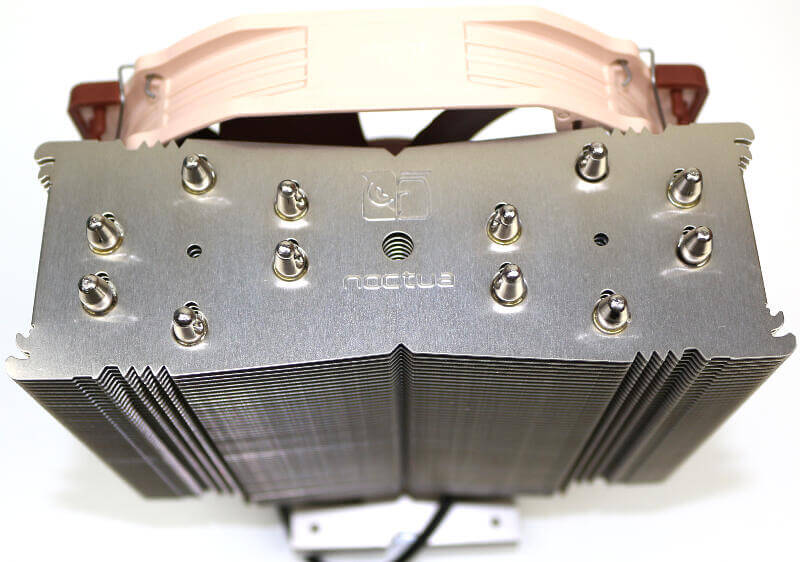 We’ll also have a brief look at the heatsink itself. There can be no doubt about the quality by just looking at it. All the fins are perfectly aligned as they should be. 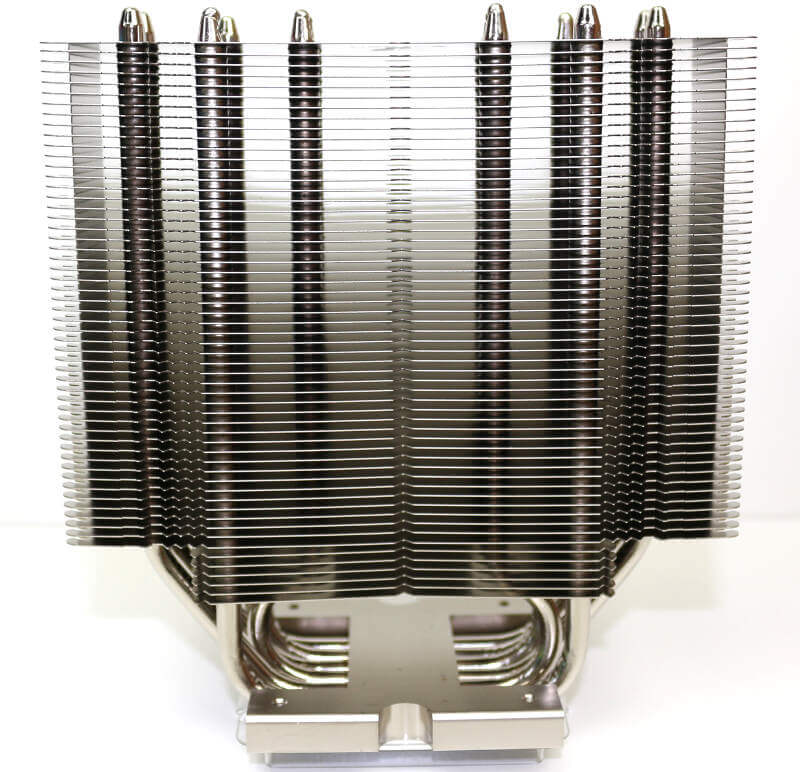 Here’s an up-side-down view to show the mounting holes as well as the heat pipe connection to the baseplate. 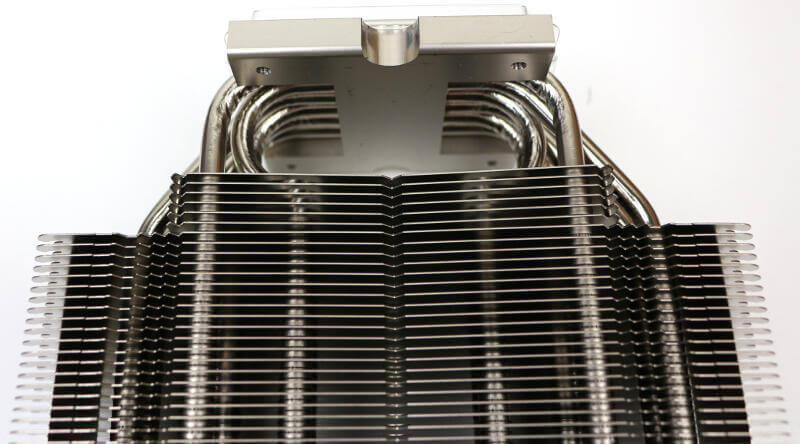 Beware of the Clearance

I have mentioned a couple of times already that this cooler can be too large for some dual-socket motherboards. One thing is saying so, another is showing it. As you can see here, the two heatsinks touch, yet I need another centimetre to align it with the socket. If the sockets had been turned, there would be no issues. 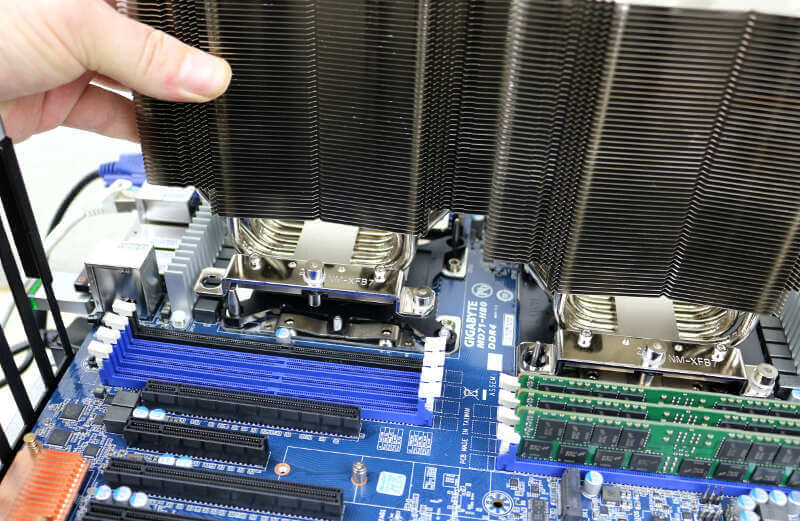 The NH-U14S DX-3647 has six heat pipes connecting the fins with the contact surface. This shot shows nicely how they take three different routes up the fins. 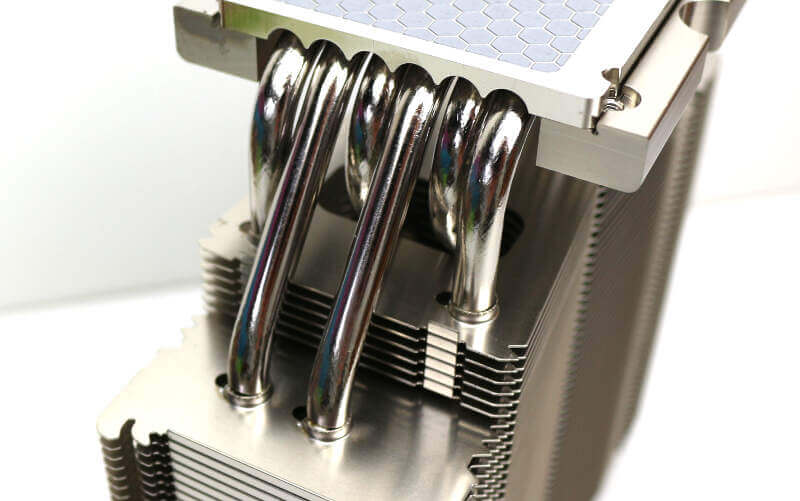 Noctua pre-applies NT-H1 thermal paste, making the installation a breeze. Naturally, you can opt to remove it and add your own favourite kind. But it does a wonderful job, so why? I will remove it for my tests though as we want all our cooler reviews to feature the same methodology. 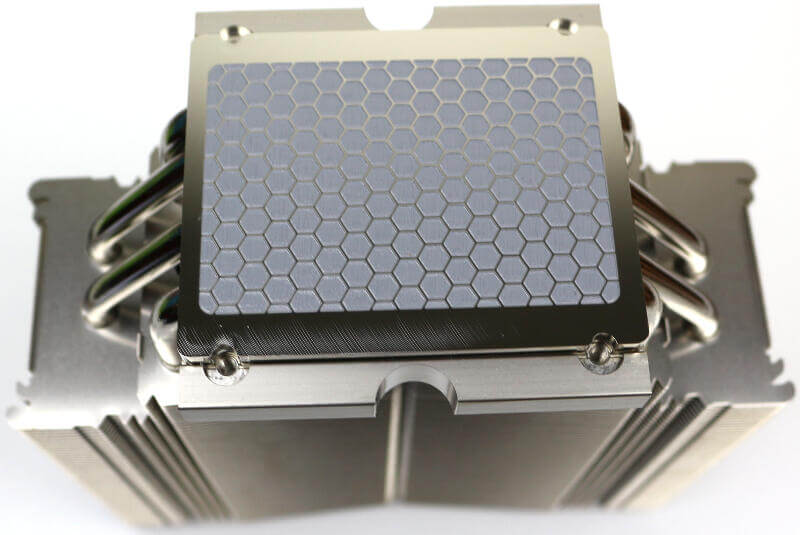 The large 70 x 56mm copper contact surface is more than double the size of the standard model. It is tailored to fit the enormous integrated heat-spreaders (IHS) of Intel’s LGA3647-based processors. A customised design like this allows for an optimal heat flow from the CPU over the base to the heat pipes and on to the cooling fins.

The LGA3647 installation is quite a bit different than your average desktop processor. It might seem odd in the beginning, but once you’ve done it a few times, you’ll wonder why all sockets aren’t made like this.

First, you mount either the narrow or square side brackets. Next, you secure the CPU in the plastic retention bracket. 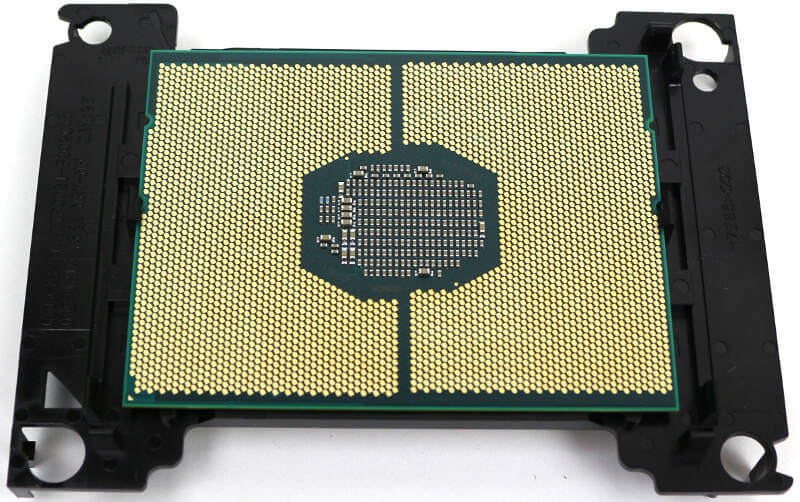 Then you snap the CPU onto the heatsink and install the whole shebang into the CPU socket. 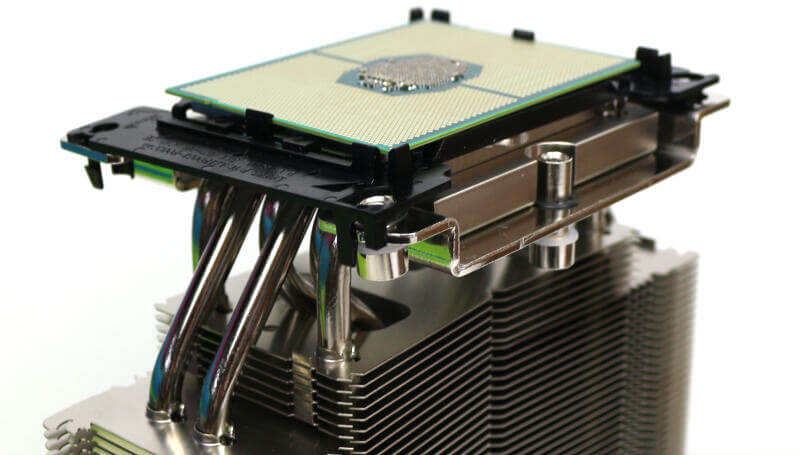