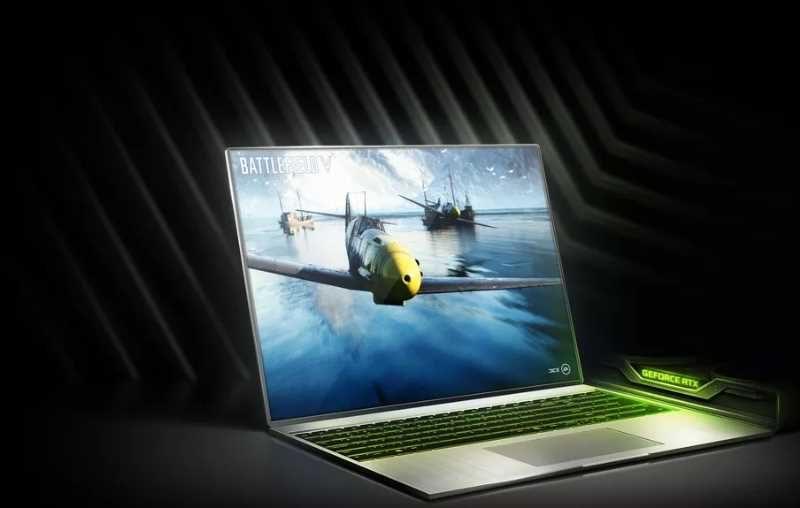 With the early CES announcements coming, in regards to Nvidia, we were expecting two major announcements. Firstly, the confirmation that the RTX 2060 graphics card was coming and the planned upcoming release of mobile versions of the 20XX series for laptops. While the former had been confirmed (as expected), CEO Jensen Huang decided to treat us to the latter as well.

Yes, in a report via The Verge, Nvidia 20XX graphics cards will be coming to laptops in the very near future!

Jensen Huang confirmed that at least 40 upcoming laptop releases will feature 20XX graphics cards. These seemingly range from the 2060 all the way up to a 2080Ti. A factor that additionally seems to be confirmed as retailer Scan.co.uk has already made a number of listing live featuring the brand new GeForce RTX 2060.

He did, however, go as far to say that the laptops performances will be double that of the PS4 Pro.

The M-series release of the 20XX graphics cards was almost as guaranteed as the desktop release of the 2060. As such, we can hardly pretend to be surprised. The truly interesting factor, however, will be seeing just how good they will truly be in this ‘shrunk down’ version. Laptop/notebook version of graphics cards are usually somewhat watered down version of their desktop equivalents. Good, but not quite as powerful. If they can, however, truly offer twice the performance of a PS4 Pro in gaming terms, this will make the reported 40 upcoming models highly-interesting.

The first laptops featuring Nvidia 20XX graphics cards are expected to be released on January 29th.