NVIDIA Award Given to Scientists Who Use GPUs to Predict Earthquakes 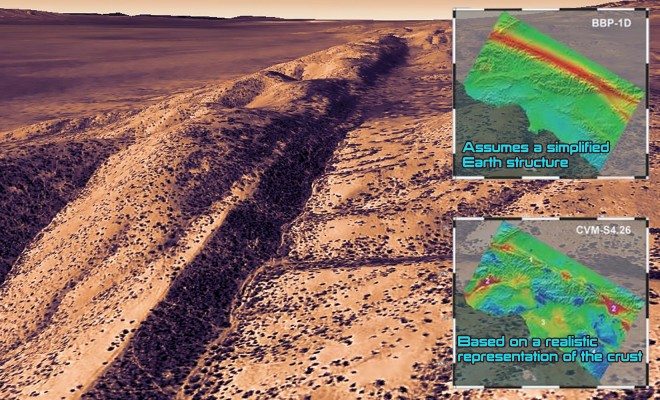 Computational scientist Yifeng Cui and his team developed a GPU-accelerated code, named AWP-ODC, which creates detailed simulations of high-frequency seismic waves as they propagate through the earth. This in turn is said to predict earthquakes and helped the team receive the NVIDIA 2015 Global Impact award.

“This month marks the fourth anniversary of the 9.0-magnitude quake off Japan’s east coast which, with the ensuing tsunami, killed 16,000 and caused some $235 billion in damage. Haiti, Chile and Indonesia have each been with catastrophic earthquakes in the past five years. Californians know another big one is a matter of time.”

Cui and his team broke scientific and technical barriers by using the NVIDIA Tesla GPU accelerator-powered Titan supercomputer at Oak Ridge National Laboratory’s Leadership Computing Facility. This is said to be the first time that scientists could simulate ground motions from large fault ruptures to frequencies as high as 10 Hertz in a physically realistic way.

The code is said to have run 5X faster on NVIDIA GPUs, having a complex representative of the San Andreas Fault. Nobody until now had a way to predict earthquakes as accurately as Cui and his team did. However, things are about to change in the future.

Thank you N4GM for providing us with this inforamtion