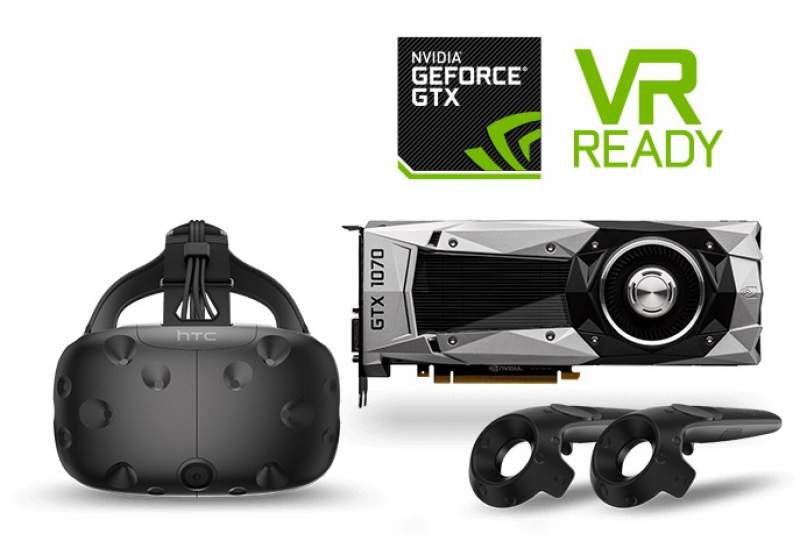 The NVIDIA GeForce GTX 1070 graphics card in the bundle is the reference Founder’s Edition which retails for $399 normally. So if paying for both individually, users are looking at $1000 USD. Also part of this bundle is Bethesda’s Fallout 4 VR, which costs $59.99. So you are actually saving over $200 USD. Users can also opt to redeem the bundle code for E-rated content including Google Tilt Brush + Everest VR + Richie’s Plank Experience + free trial to VIVEPORT Subscription.

The $799 bundle is unfortunately only available in the US and it will last until all supplies on hand are sold. One advantage buying directly from the HTC VIVE website however, is the fact that users can pay in installments. They accept 24 monthly PayPal payments of only $36.38, which amounts to $872.71. Which is still a lower price than getting each piece of the bundle individually. The offer is valid from 6:00 AM PDT on October 2, 2017 until 11:59 PST on December 31, 2017.