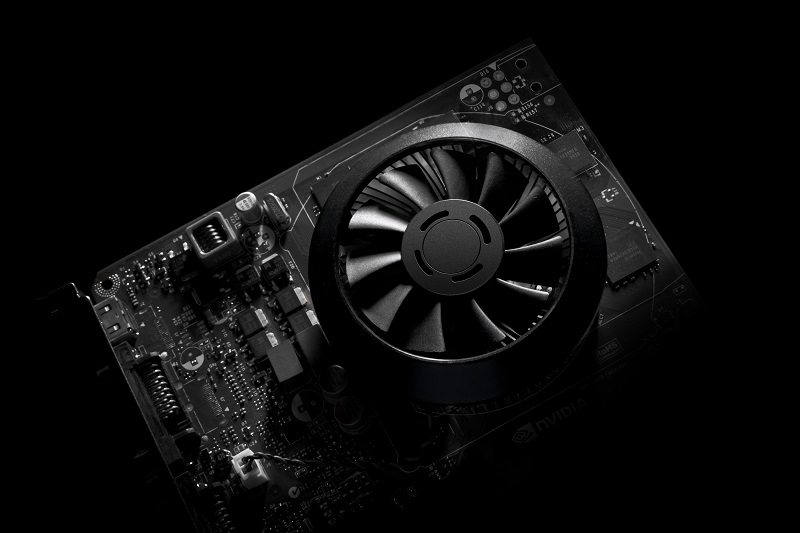 Maxwell is finally here after months of speculation and rumours…. but for most of our readers it probably isn’t the “beast” you’ve been expecting. Nvidia is not starting the launch of its new architecture at the high end, as we’ve come to expect, but instead Nvidia’s Maxwell arrives today in two forms, both of which are mid-range, the GTX 750 and the GTX 750 Ti, the latter of which we are testing. Maxwell is continuing Nvidia’s longer term and ongoing objective of improving power efficiency in their GPUs. In fact Nvidia have come a long way in this regard because this is the first time we’ve ever seen a mid-range Nvidia card with no supplementary power needed – both Maxwell cards being launched today require no additional power connectors other than the PCI Express bus.

However, before we take a look at the technical details surrounding Maxwell and the GM107 GPU that forms the basis of the GTX 750 Ti and GTX 750, let’s first go over the specifics of the new GTX 750 Ti. The first question is where does the GTX 750 Ti fit in to Nvidia’s current range of products? The answer to that is actually quite simple. The GTX 750 Ti quite logically replaces the GTX 650 Ti, and GTX 650 Ti Boost. It gets a bit strange with the GTX 750 though because the GTX 750 will be placed above the GTX 650, which doesn’t get discontinued. That means Nvidia’s current mid range consists of three new cards and two old ones as the diagram below demonstrates. 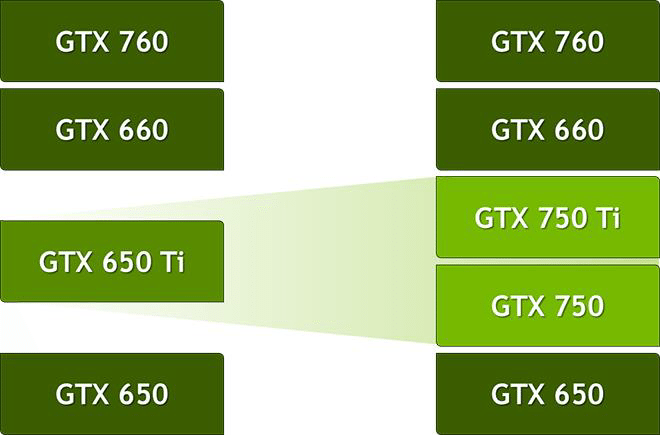 Moving on to the specifications and we can get a closer idea of what this graphics card will do. The GTX 750 Ti has a fully enabled GM107 GPU with all five SMMs (streaming multiprocessors) enabled. This gives the GTX 750 Ti 640 CUDA cores, 40 TMUs and 16 ROPs. The base clock comes in at over 1GHz with 1020MHz on the core and a 1085MHz boost speed which it should be noted is fully compatible with Nvidia’s latest GPU Boost 2.0 technology that allows consumers to tune their temperature/power and clock targets to their own preference. Importantly though for the mid-range market Nvidia has given this card 2GB of GDDR5 making sure it offers enough frame-buffer for users to take advantage of higher resolutions or multiple monitors. Importantly though let me draw your attention to the power consumption – just a 60W maximum TDP and a 300W power supply needed – impressive stuff. Remember the GTX 650 Ti was a 110W part and the GTX 650 Ti Boost was a 135W part (with 400 and 450W PSU recommendations respectively) so this is almost half the power! This paves the way for the GTX 750 Ti to fit into small form factor systems, a perfect GPU for any mini-ITX build that is thermally constrained. 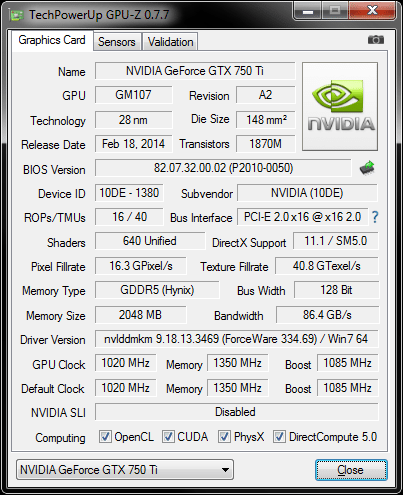 Nvidia’s GTX 750 Ti is being aimed at a lot of people, but there is a more specific group of people Nvidia are hoping to attract the attention of. Nvidia have used data from the latest Steam Hardware Survey, which says 1.96% of Steam Users still use a GTX 550 Ti, to target this new graphics card at GTX 550 Ti owners. This is for two reasons: the card will cost a similar amount to what they paid for their GTX 550 Ti when it first came out and the GTX 550 Ti is about 3 years old and most people upgrade graphics cards after about 2 years of ownership. Therefore making the GTX 750 Ti an ideal upgrade pathway for GTX 550 Ti users. So what can you expect if you upgrade from a GTX 550 Ti? Nvidia says more than twice the performance. 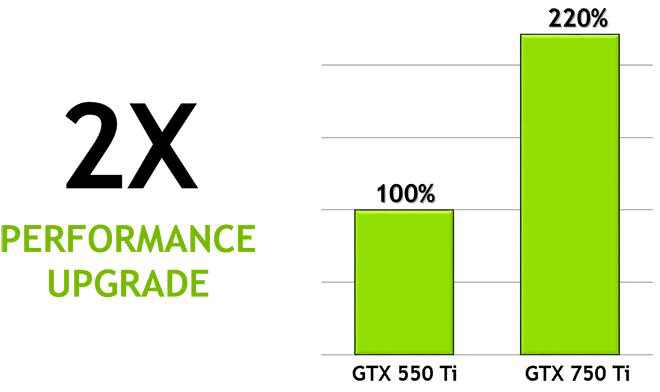 Interestingly, that is more than twice the performance AND at nearly half the power consumption thanks to Maxwell’s efficiency. 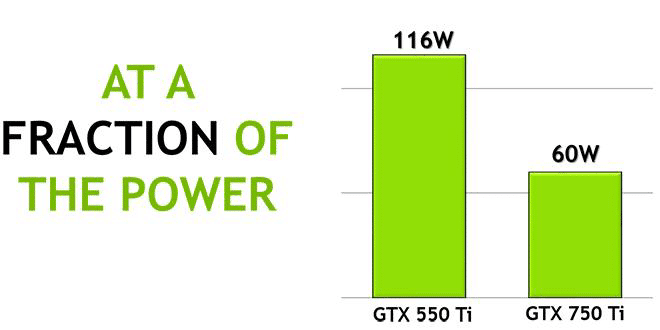 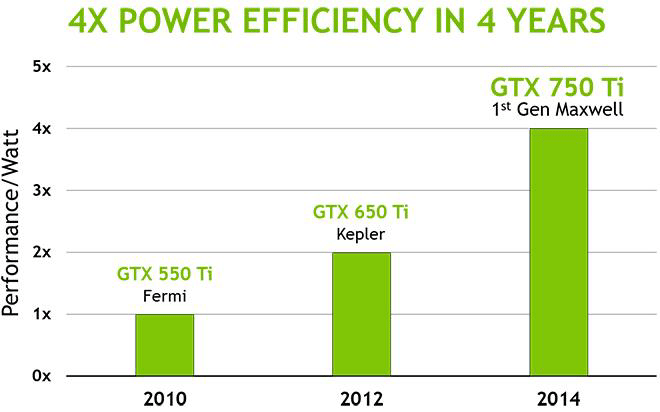 Nvidia believes the GTX 750 Ti is a very flexible graphics card. It’s low TDP means less heat and less power consumption. This means less cooling is required, so it will fit into smaller cases with low airflow, and less power is needed, so it can fit into tiny cases that won’t accept full ATX power supplies. 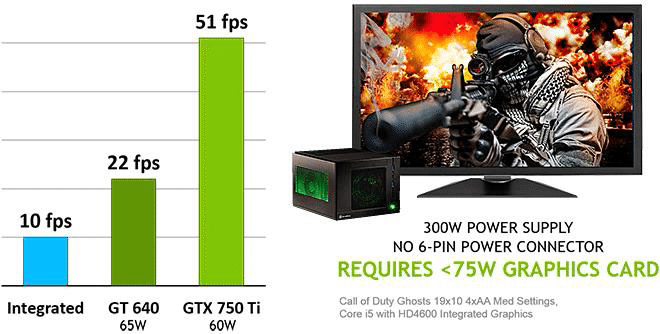 Of course if you have a modest pre-built PC with integrated graphics (something made by Acer, HP, Dell, ZooStorm, Lenovo, etc…) then the GTX 750 Ti is also ideal because all you need is a free PCIe slot and 60W extra power to spare and you’re good to go. In any modern PC (even the most basic of pre-built ones) you should be able to find both of those things so the GTX 750 Ti makes an ideal buy in those scenarios. It can save you from having to make an expensive power supply upgrade!