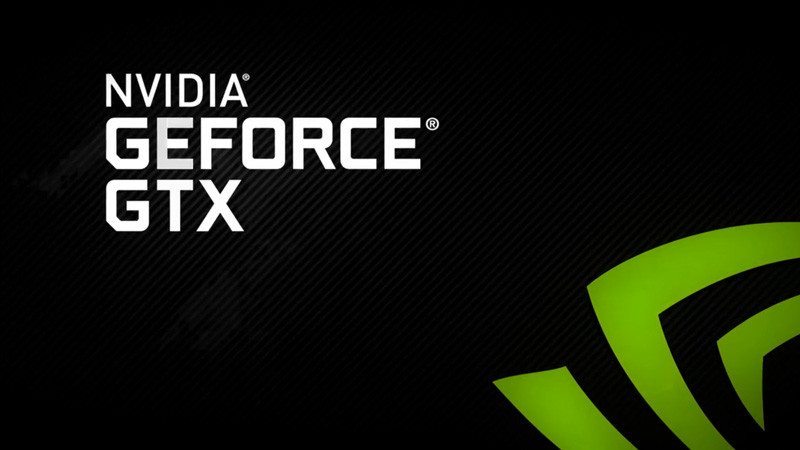 NVIDIA’s 900 series is characterized by class-leading performance which ekes out every inch of power from the efficient Maxwell architecture. Initially, NVIDIA focused on extending their stronghold in the enthusiast market and now want to offer a competitive range for the budget-conscience user. This is an area where AMD have thrived in the past, so it makes sense for NVIDIA to refresh the lower-tier offerings from the GTX 750 and 750Ti. The GTX 950’s specifications have been leaked by HardwareBattle ahead of the August 17th launch: 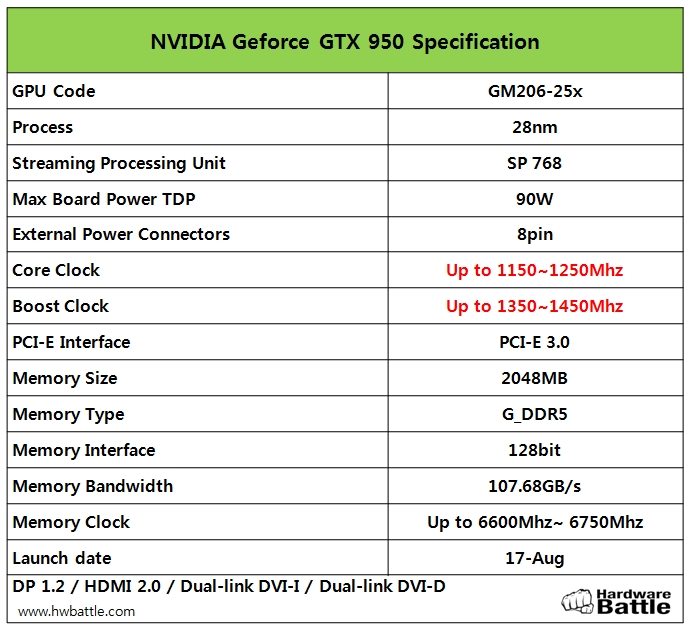 This particular card is manufactured on the GM206 code, containing 768 cores, 2GB VRAM and a 128-bit Bus. Additionally, the core clock ranges from 1150-1250MHz with a boost between 1350-1450MHz. Given the overclocking headroom from other Maxwell GPUs, it’s clear the GTX 950 will reach higher clocks on custom models. In terms of connectivity, there is support for DisplayPort 1.2, HDMI 2.0 (AMD take note), Dual-link DVI-I and Dual-link DVI-D which makes it a suitable option for Korean 2560×1440 unbranded panel owners.

The exact retail price is unknown, but it’s expected to remain under $150. This is a very aggressive pricing policy and designed to compete with the R7 360 whilst operating with a 90W TDP versus 100W on the AMD card.  If you’re looking for a cheap, console-killer GPU which runs games perfectly fine at 1920×1080, then the GTX 950 might be worth waiting for. However, AMD’s price to performance ratio at the lower end is hard to beat and usually the better option than the competition.