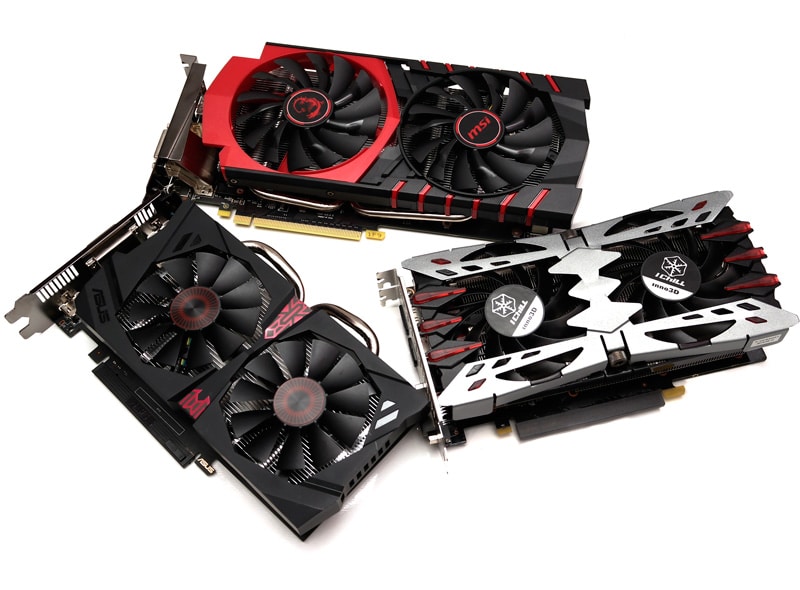 With all of the hype surrounding the GTX 900 series recently, it has been hard to imagine what the lower end of the graphics card market would hold for the refined Maxwell architecture. We originally saw Maxwell in the mighty GTX 750Ti, but it was only when the GTX 900 series was released that we received the Maxwell that we know today. Our reviews and news have focused heavily on the GTX 980Ti and Titan X graphics cards, so information on the GTX 950 has been scarce to say the least; that is about to change. In today’s review, there is not one, not two but three GTX 950’s in for punishment; the ASUS STRIX GTX 950 2GB, Inno3D iChill AIRBOSS ULTRA GTX 950 2GB and the MSI GAMING GTX 950 2GB.

The GTX 950 is hot off the manufacturing line and features some lack-luster, but pokey specifications; knowing NVIDIA, less is more and we should see a stormer of a graphics card here regardless. Most of the options will feature 2GB of VRAM due to the product placement, but we will see some 4GB models which should make for a very capable SLI configuration for not a great deal of money. So with a price tag of around £120 depending on the manufacturer, performance isn’t going to be outstanding compared to the bigger options. However, the estimated performance and price tag makes this an extremely attractive option for 1080p and online gamers. Personally, I feel that this GTX 950 will be the final piece in the puzzle for NVIDIA; it will then have a great graphics option at almost every price point.

Now just because the GTX 950 is aimed at the lower price market, do not assume that you are not getting the full NVIDIA treatment. As with almost every NVIDIA GPU you will get the following:

The GM206 GPU core makes its second appearance here since the GTX 960 options; however, it seems to have had a shave to bring the performance down. Would this be enough or will we see another Titan X and GTX 980Ti scenario here, let’s find out shall we. 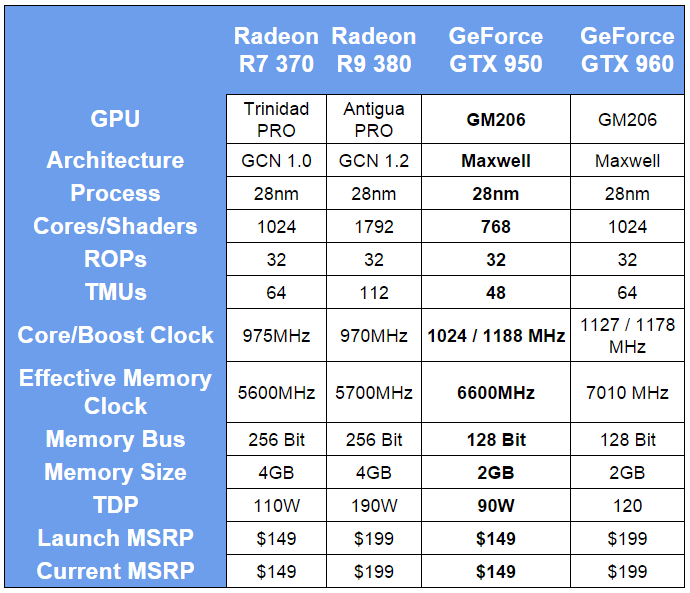