We’re keeping this brief, as the news is hot, but the Nvidia website has just been updated to confirm the release of the new 20XX GPU’s as well as their price and anticipated release date.

In terms of these prices, we’re already predicting the 2070 to be the fan favourite of the series. In addition to the performance, it has the friendliest price.

Sadly, it seems that In dollar to pound comparisons, the Americans are getting the much better deal here.

This is big at the moment – As above, the Nvidia #BeForTheGame is currently underway at the time of writing and even Jensen Huang, CEO of Nvidia hasn’t got around to this yet.

Based on what’s been discussed so far, their website has revealed massively more than him so far. Just as well we’re checking all of our sources all the time!

If you want to watch the steam, it is live right now in the link below.

The release date for the 20XX series of GPU’s will be on or around the 20th of September 2019. Yes, we’re just 1 month away from the release of their new range of graphics cards.

If the presentation is anything to go by, Turing is going to be a massive improvement on the previous Pascal architecture. In terms of ray-tracing it’s estimated to be 10-times better than that possible with the current 1080TI.

You can check out the official link here. – Rest Assured more will come shortly! 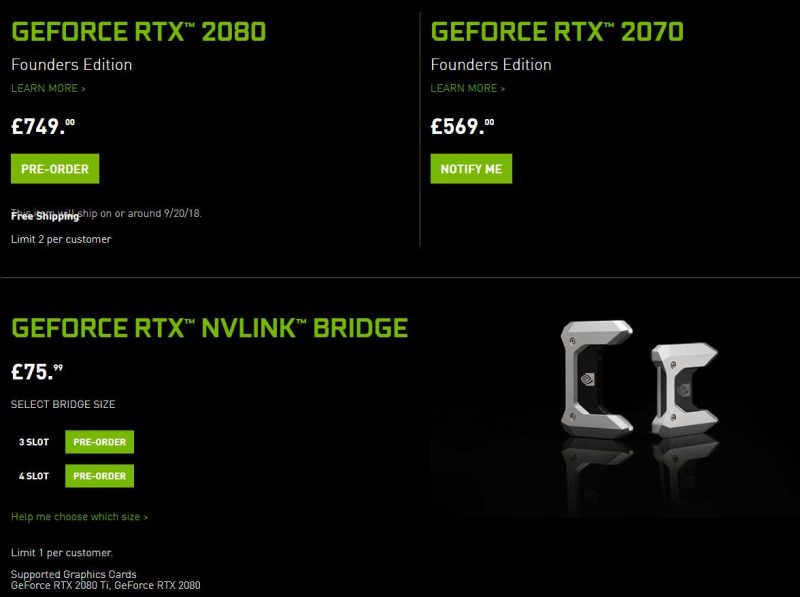