The Nvidia Shield was and still is one of the coolest gadgets I have ever reviewed and owned; I still use it regularly when I want to break away from my desk and it has also become my vital travel buddy for long journeys. Gaming on the go is a great way to pass the time and mobile phones and tablets now take up a massive part of that market, but most phones and tablets come with one major drawback; touch screen displays. The original Shield solved this touch screen gaming problem by integrating a controller into the Android device; in a way that’s not all that dissimilar to other dedicated hand-held games consoles such as the 3DS and the PlayStation Vita.

A separate controller isn’t the only thing Nvidia have changed, in fact pretty much everything has been tweaked, revised or created from scratch for the Shield Tablet. The screen size and resolution has been increased, the device now features two 5MP HDR cameras, a stylus and more. The biggest feature change of all is the CPU/GPU upgrade; the Tegra 4 in the Shield was impressive, but it’s no match for the new Tegra K1 GPU and ARM Cortex A15 CPU combo.

The packaging is very nicely designed, there is a clear image of the tablet on the front and the major features and specifications are dotted around the other sides. 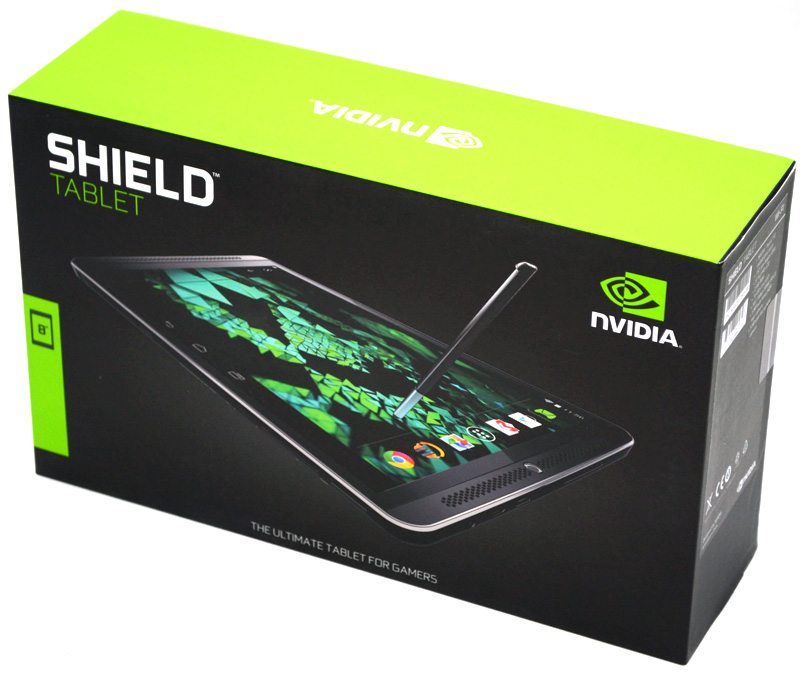 On the back of the box you can see an image of the Shield Tablet Cover and the Shield Controller; these are not included as standard and have to be purchased separately. 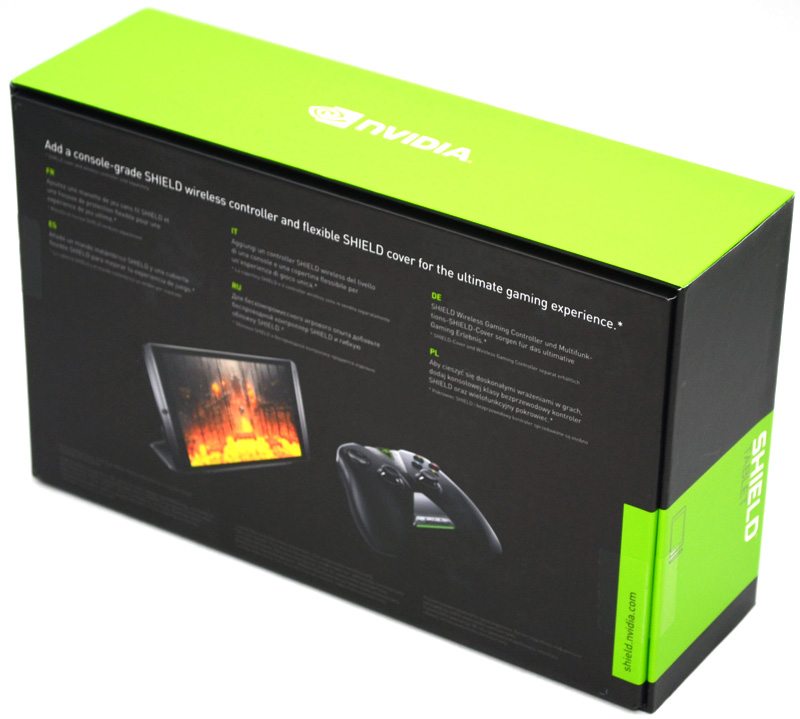 In the box you’ll find everything you need to get you started; the tablet (obviously), some safety information, and a universal USB mains power adaptor with a good quality USB cable.

The Shield Controller is also nicely packaged, with a clear image of the wireless  controller on the front of the box. 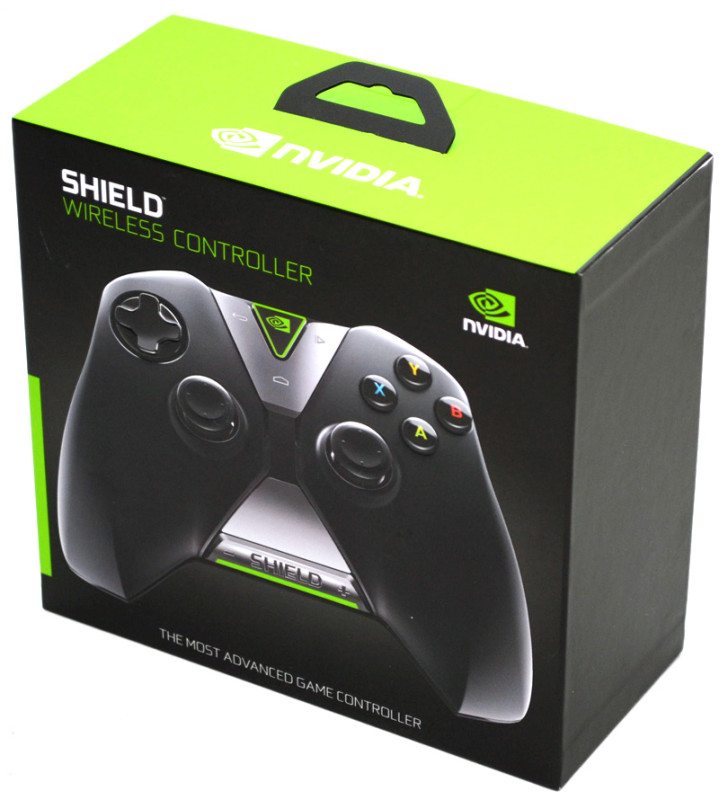 The back of the box touts the major features, such as the headset jack (with chat), built-in microphone and Wi-Fi connectivity. 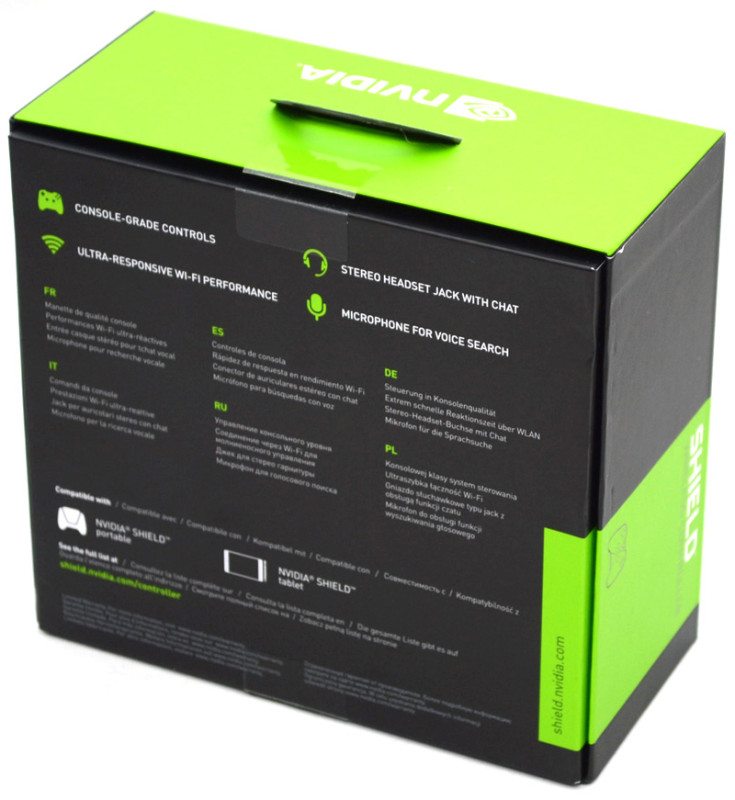 The Tablet Cover comes in another similarly styled box. 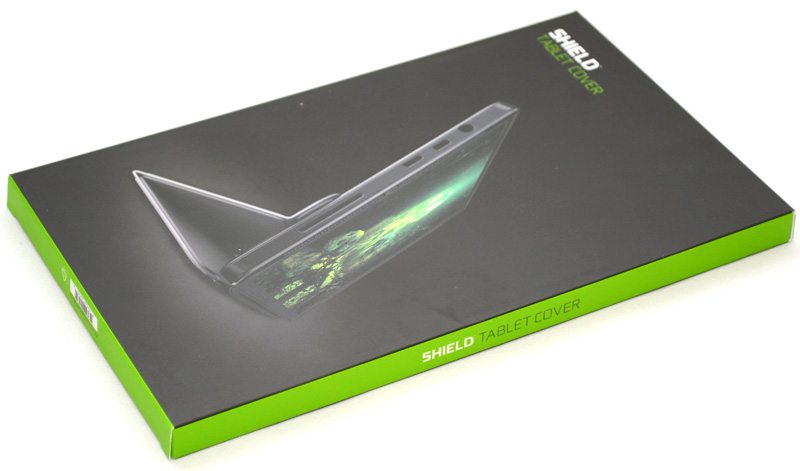 On the back of the box you’ll find a quick run down of how the cover can be used as a stand for the Shield Tablet. 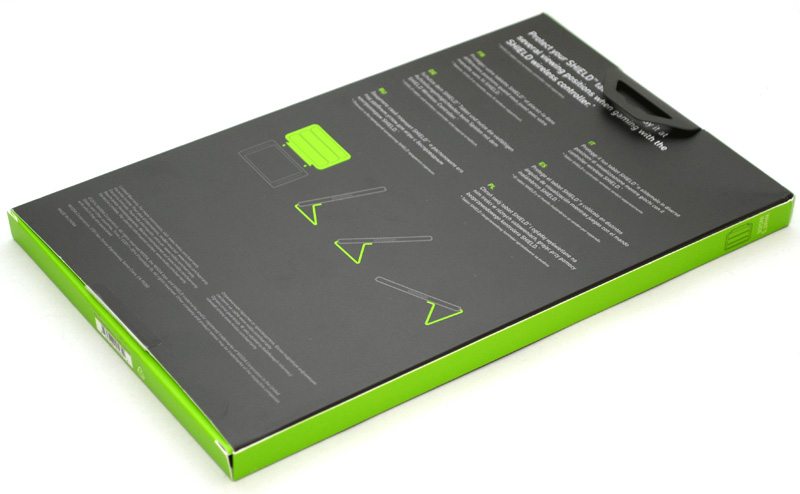