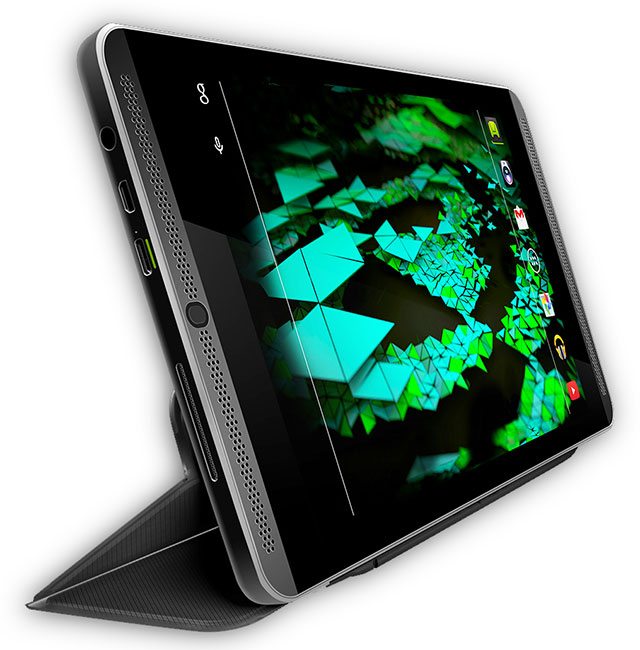 The Nvidia Shield is an incredibly powerful mobile gaming device, it features the mighty Tegra 4 GPU and I’ve been using mine regularly ever since I got it. Now Nvidia are back with an even more powerful Shield in tablet form, featuring the most powerful mobile GPU on the market, the Tegra K1.

Forbes have put the metal to the test and in benchmarks the Shield Tablet has left the competition eating dust, despite the fact that it’s not as expensive as many competing devices on the market.

The Shield Tablet scored an impressive 310 in MobileXPRT benchmark, while the Samsung Galaxy Tab S only scored 255, a 21.5% lead for Nvidia. In the Mobile XPRT User Experience benchmark the shield scored 102, still beating out the Tab S score of 96. The Shield also went on to out pace everything in AnTuTu and in every other benchmark with one exception; the Intel Bay Trail took the lead in memory benchmarks, but with everything else being #1, we doubt that’s going to make much difference overall.

Personally I can’t wait to get hold of the Shield Tablet. I still love the built-in controller design of the original, but I simply can’t ignore the raw horsepower of the Tablet.