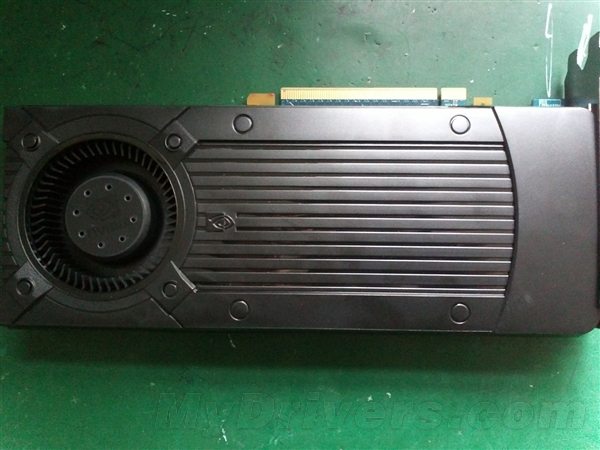 Just one week from the expected launch date and yet more details of Nvidia’s flagship GTX 970 GPU have leaked. The model displayed looks to be an engineering sample with a fairly standard looking cooler fitted. I suspect the cooler on the retail release will be similar to the one seen on cards such as the 780 Ti and Titan models.

The card features a short PCB, similar to that of the GTX 670, with the cooler extending off the back of the card. There are two six-pin power connectors and rumour has it that the cards power consumption will not exceed more than 190W. 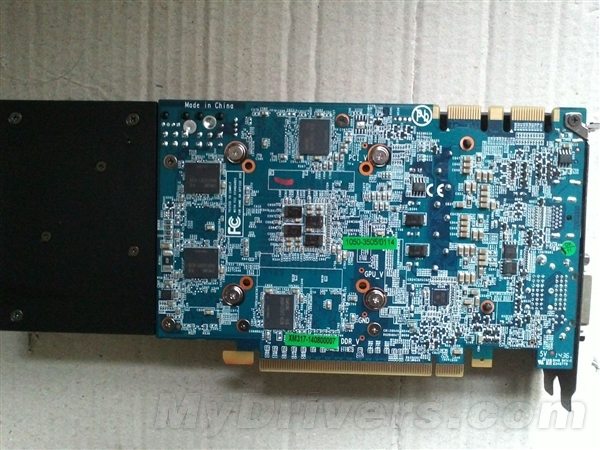 The dual SLI bridges are still in place, so three or four-way SLI seems like a possibility. At the back of the card you’ll find a large exhaust, dual DVI, HDMI 2.0 and DisplayPort. 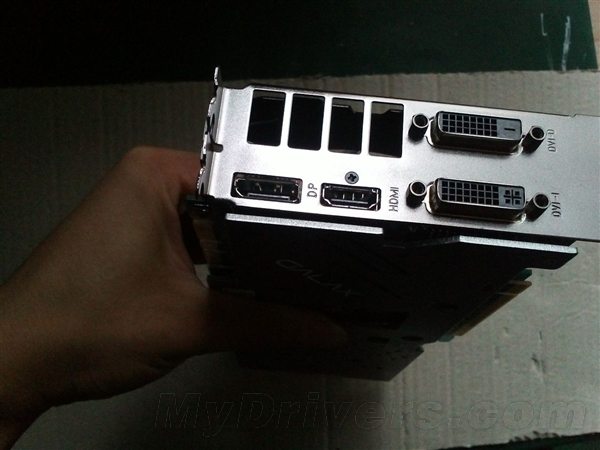 The screenshots below are believed to contain the hardware specifications, but these are yet to be confirmed. GPU-Z shows 1664 stream processors, 138 Texture Unit. This contradicts previous rumours that the card would feature 2048 stream processors. The card also features 4GB of GDDR5 with a 256-bit bus @ 1814MHz and a GPU core speed of 1103-1230MHz. 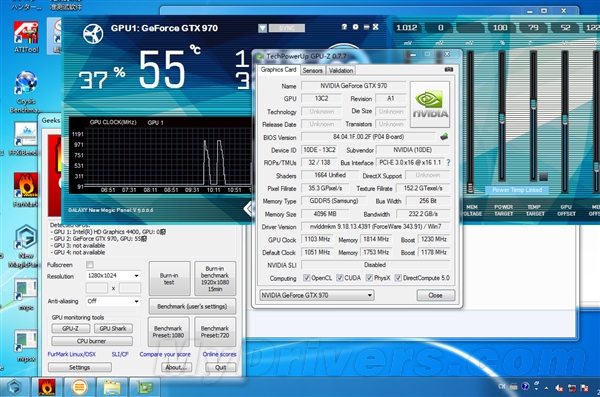 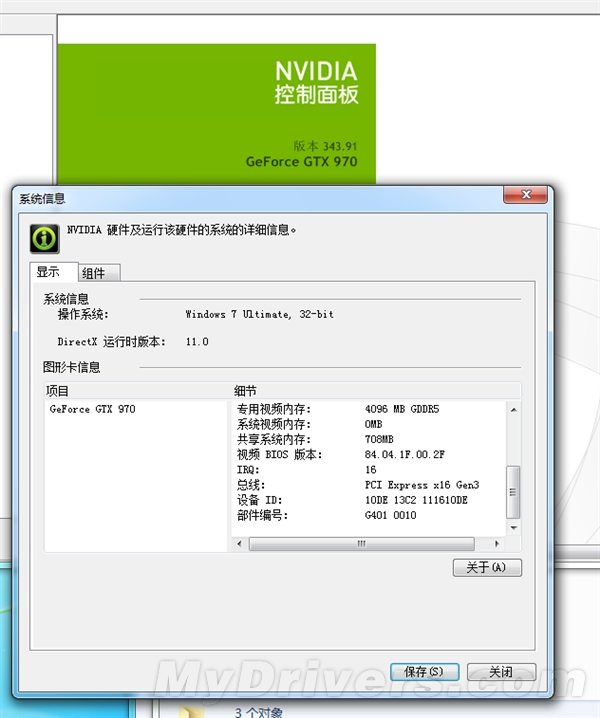 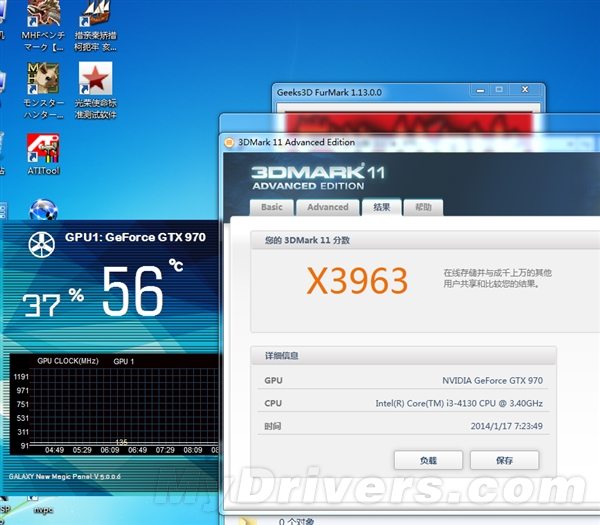 We mention the GTX 970 as the flagship, as no concrete information on the GTX 980 have been released at the time of writing.

Thank you MyDrivers for providing us with this information.