While most AIO coolers look very similar, the X52 does have some standout features. The first being that subtle yet very nice NZXT logo stamped into the side of the radiator, which I think looks great. The hoses are super sleek too, with one of the best quality braidings we’ve ever seen on an AIO. The jet black finish works great too and keeps the whole thing looking very uniform. 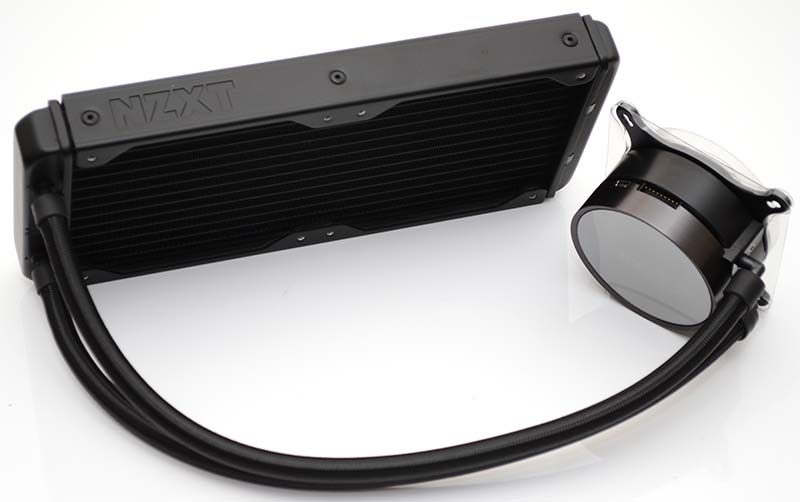 The radiator has a good thickness to it, so it’ll handle a much higher TDP than some of the slim models on the market. There’s a robust density on the copper fins too, so it should do a good job of shifting heat efficiently.

There’s a gorgeous brushed finish to the outside edge of the pump housing. The top panel is very reflective, but features an infinity mirror with RGB LED lighting on the interior; we’ll see that in action shortly. Also, there are two ports, allowing you to connect the cooler to your motherboard and the radiator’s fans. 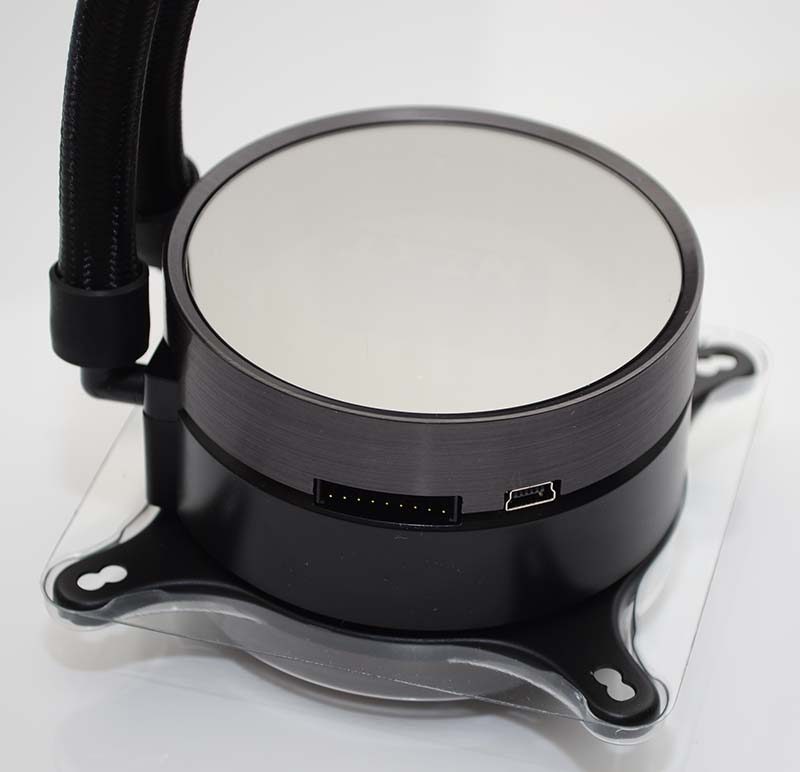 The Intel bracket is pre-installed but can be easily swapped out for the AMD one as needed. The thermal paste is pre-installed, which is nice, but I prefer a tube included in the box for multiple/future applications. 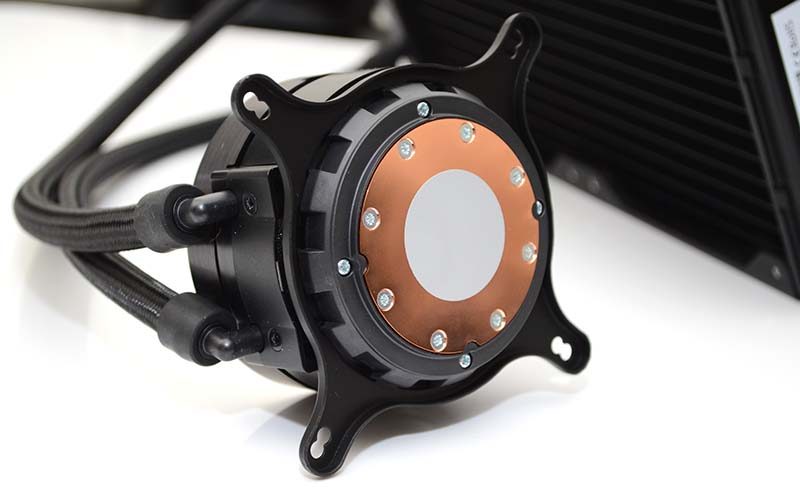