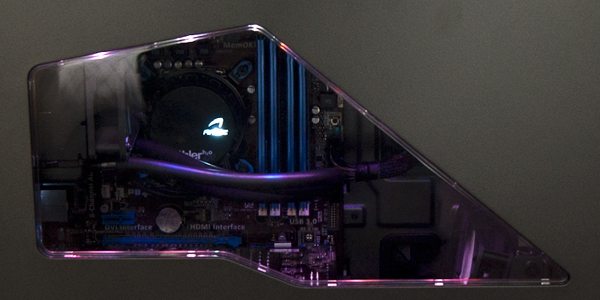 Today I am taking a look at this very special chassis from NZXT, the Phantom 820. As many of you will know the NZXT Phantom is one of NZXT’s most popular chassis designs, with their current model the Phantom 410 providing not only one of the most versatile chassis designs on the market at the moment, but also one of the best looking.

The Phantom 410 has been with us for quite some time now and has proven very popular with case modders, enthusiast system builders, gamers and with many more people who just want a great looking case. As too has their other flagship chassis design the Switch 810, which we recently reviewed and you can check out here (link opens in a new tab).

So with the Phantom and Switch both being such popular products for NZXT it was only a matter of time before either design would see some kind of update and that is where the Phantom 820 comes in. With what appears to be the aim of joining the functionality and feature list of the Switch with the curvaceous styling of the Phantom, as well as adding a few new features into the mix just to keep thing exciting.

Many of our readers will no doubt have been following the NZXT website, which for the last two weeks has featured a slow reveal on this chassis via their countdown timer on their main site. Lucky for our readers that we have actually had our Phantom 820 for around two weeks now, so I’ve been able to spend some time getting to know just what its all about.

As for features, the Phantom 820 comes well just as equipped as the stunning 810 Switch, while also bringing some new features to the mix. NZXT have pre-fitted the 820 with their customisable lighting system called “HUE”, allowing for which offers multiple lighting features for the chassis with minimal effort. There is also a four channel 15w fan controller that is controllable from the top panel and comes with support for upto 12 fans. You’ll also find room for multiple water cooling installations and their radiators, new hard drive brackets, easy access dust filters and of course and stunning overall design.

I think I’ve teased you with features for long enough now, so lets move on and take a look at the packaging and components of the 820 Phantom before we take it out of the box for a closer look.