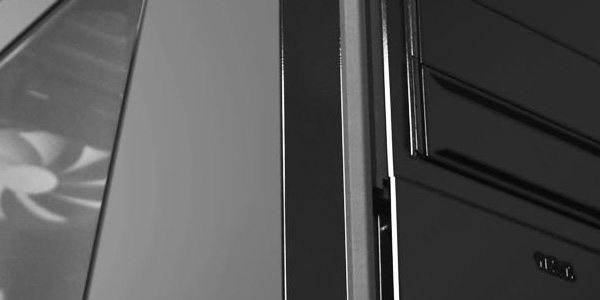 Around 2 months after releasing their highly successful Phantom 410, NZXT are back at it again. This time they’re going big! Since their entry into the market in 2004, we have seen many hits from the gamer serving manufacturer, but, chassis wise, certain extreme enthusiasts’ needs haven’t always been tended to, up until now that is. Today we will be looking at the first chassis in NZXT’s new ‘Switch’ line-up, the gargantuan Switch 810.

The Switch 810 isn’t your normal full tower chassis. It features innovative characteristics such as NZXT’s proven-successful right-mounted HDDs, a ‘hybrid’ cooling design and a rear IO LED for added convenience. Support for a wide range of motherboard form factors including the enthusiast-grade E-ATX and XL-ATX form factors ensures that this case won’t be a letdown in that department. The 9 PCI expansion slots and 35+cm of VGA card clearance make a quad-SLI/Crossfire system a reality with the Switch 810. A whopping 12 cable management cut-outs, 10 of which feature a rubber grommet ensures that even the most high-end of systems will remain neat and tidy without cable interference. Storage expansion comes in the form of 4 tool-less 5.25” drive bays, 1 hot-swap HDD/SSD bay which converts from a 5.25” bay and 6 internal 2.5/3.5” drive bays split between a pair of easily removable cages.

Space for internally mounted 420/360, 240 and 140mm radiators simultaneously, with push-pull fans, means that this behemoth has some extreme cooling potential in its arsenal. Out-of-the-box cooling consists of a 140mm intake fan, a 140mm fan mounted internally on the upper HDD cage and 2 140mm exhaust fans. Up to 10 140/120mm fans can be installed in the Switch 810 proving that it has some extreme air cooling capabilities to offer. Another unique feature is the addition of a front panel SD card reader along with the standard variety of connections.

The black and white versions both retail at just under £150/€170 and feature a large acrylic side panel window. The Switch 810’s bang for buck factor seems to be competitive, but will our more thorough inspection prove otherwise?