The Octobot is Harvard’s Autonomous Softbot 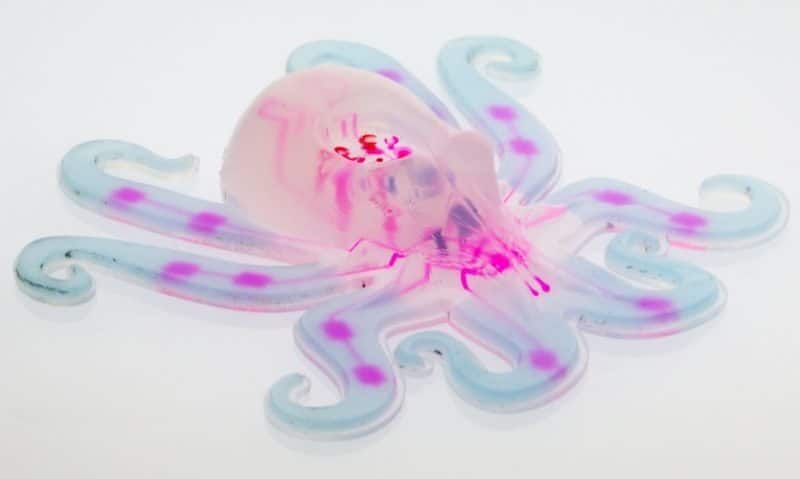 Robotics are often associated with large-scale, metallic limbs and giant winding gears and chains. While they pose impressive strength and resilience, the use of these machines is limited in the ever shrinking world of robotics, with companies looking at more and more ways to create robotics that can be used for medical or scientific use. Harvard is hoping their Octobot will be the first autonomous soft robots in a long line of them.

The Octobot was described by Jennifer Lewis and Robert Wood in the paper published by Nature. Wood explains that “the struggle has always been in replacing rigid components like batteries and electronic controls with analogous soft systems and then putting it all together”.

The Octobot is mostly 3D printed, with channels created within its body that provide it with power and helps to control their movement. With the robot powered by Hydrogen peroxide, the movements are generated by a pneumatic system that pushes the liquid through the Octobot before inflating the area that needs to be adjusted for movement to occur.

This step repeats itself, going over and over again in pre-determined sequences to assist in the Octobots movement. These steps are all done without a single instruction provided from an external computer or the environment, meaning that the Octobot is able to move in a completely autonomous manner.