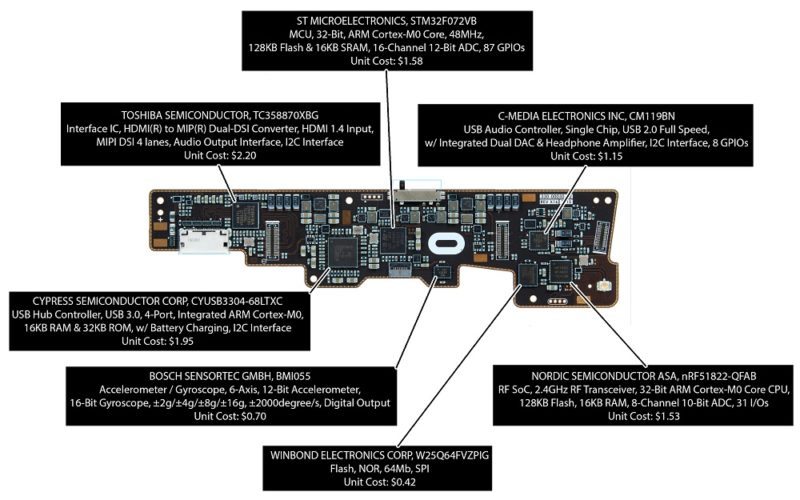 Oculus Rift, the headset that triggered the latest virtual reality boon, costs $599/£499 – that’s if you can get hold of one, with manufacturing problems meaning that even pre-orderers are still waiting for their merchandise – but a recent teardown has revealed the true cost of the components that comprise the headset.

IHS Markit Technology stripped the retail version of the Oculus Rift VR headset and priced each component. The total cost of the materials used to build the device equal around $200, meaning that Oculus has over a 50% profit margin on each unit sold.

“The most expensive component of the Rift is its headset,” the IHS team wrote on its blog, “comprising elements such as the display panel, processor integrated circuits (IC), memory, user interface ICs, power management ICs, sensors, and miscellaneous electronics. At an estimated cost of nearly $140, the headset represents close to 70% of the Rift’s direct materials or components cost of approximately $200.”

“The headset’s biggest cost element is the active-matrix organic light-emitting diode (AMOLED) screen from Samsung Display, measuring 3.51 inches in size and featuring 1200 x 1080 resolution,” the post adds. “AMOLED is regarded in the virtual reality industry as the panel technology of choice because of its low persistence, or the minimizing of noticeable blur in motion when VR participants move their heads quickly during VR play.” 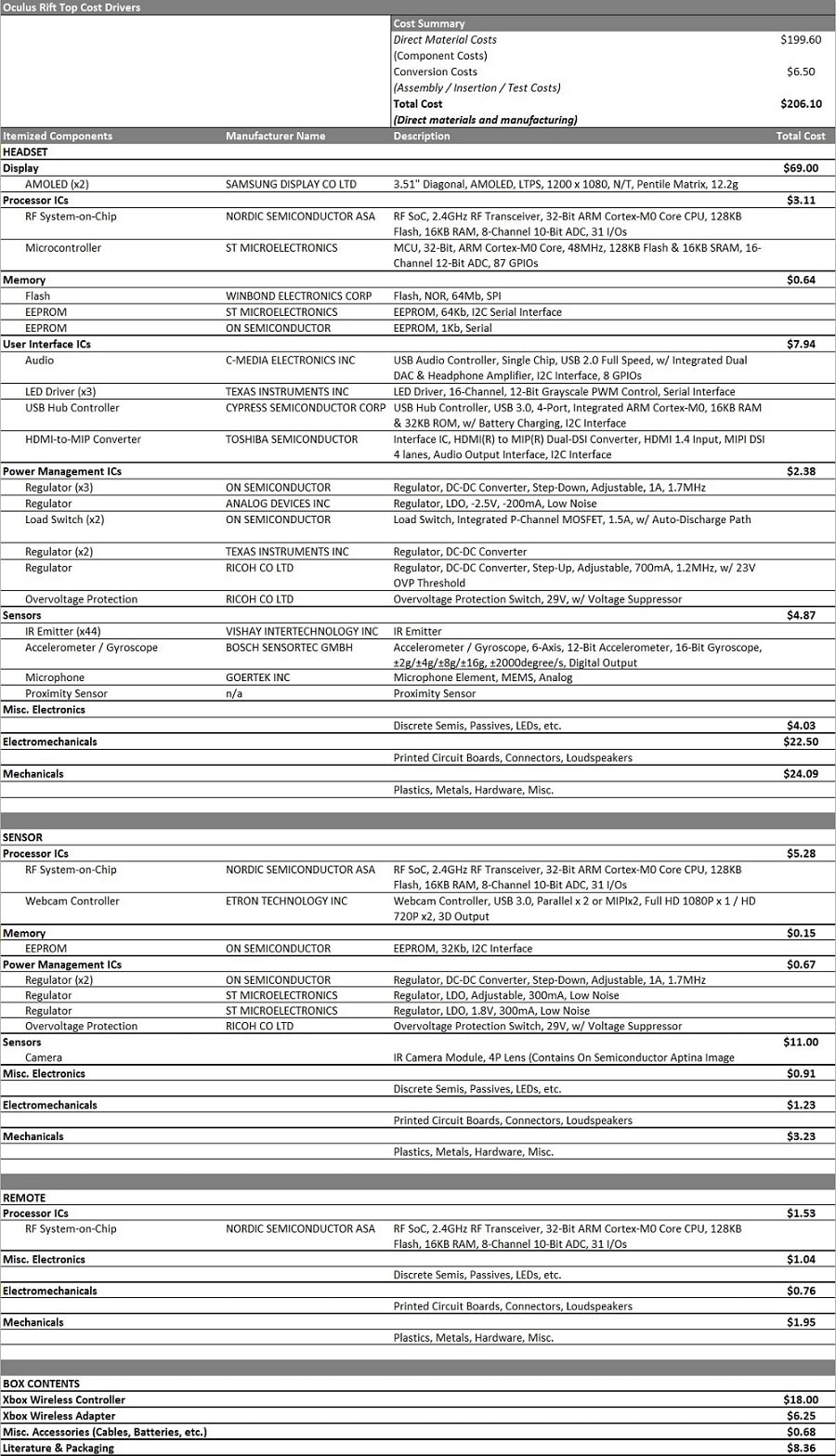