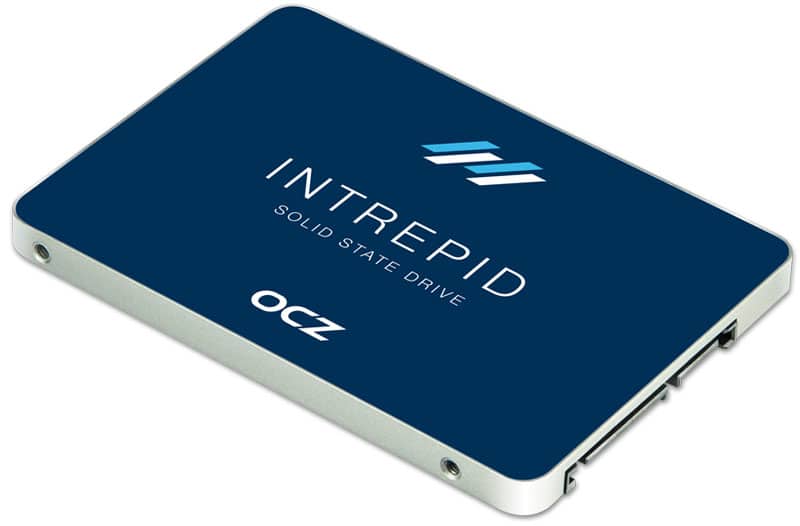 OCZ announced a new series of SATA SSDs to their Intrepid 3000 enterprise portfolio, the new Intrepid 3700 SSD Series. The new drives are said to deliver superior performance and I/O latency responses to dramatically improve application performance and I/O efficiencies, but best of all is the increased capacity to 2TB, OCZ’s largest capacity enterprise SATA SSDs to date.

The new drive isn’t just available as 2TB though, the three common and smaller capacities 240GB, 480GB, and 960GB will be available too. The drives are built with the well-known Toshiba A19nm NAND and controlled by OCZ’s Everest 2 controller with optimized firmware architecture and advanced flash management.

The Intrepid 3700 series has a performance rating of 540MB/s for sequential reads and 470MB/s for sequential writes. The random 4k performance for 4KB blocks is 91k IOPS for reads and 13K for writes. Feature wise the drives include the basics such as TRIM, SMART, and Garbage collection, but also Error correction coding, end-to-end data path protection, power loss protection and internal SSD RAID that duplicates all data stored so if there are flash errors a backup exists to provide additional data safeguards.

OCZ guarantees up to one complete Drive Write Per Day for 5 years for the Intrepid 37000 series (half for the 2TB model) and it is ideally suited for such read-intensive applications as online archiving, media streaming, video on demand (VOD), virtual desktop infrastructure (VDI) and web browsing applications.

Thanks to OCZ for providing us with this information