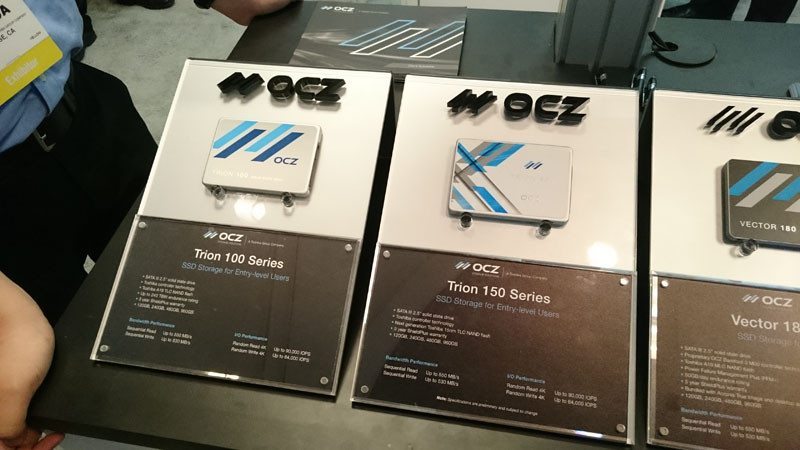 OCZ continue to expand their product range at CES 2016, this year showing off their new Trion 100 Series and the Trion 150 Series SSD hard drives. 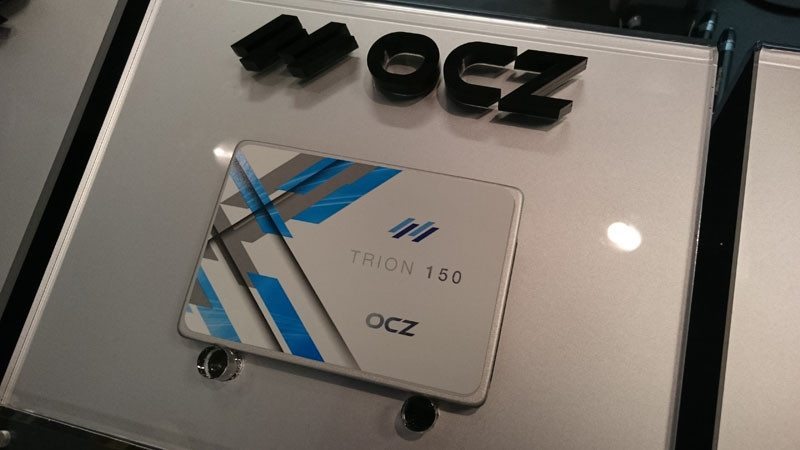 Equipped with Toshiba controllers and the latest Toshiba 15nm TLC NAND, the drives promise competitive performance for desktop users, but also great capacity, with options available up to 960GB, more than enough for most desktop system builds. 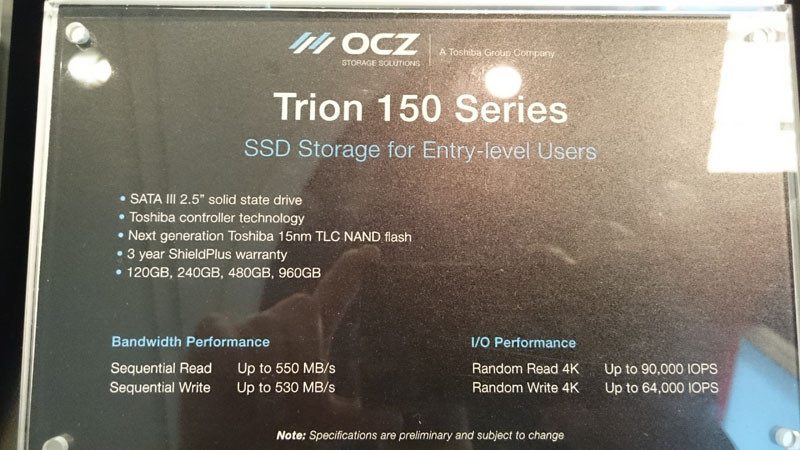 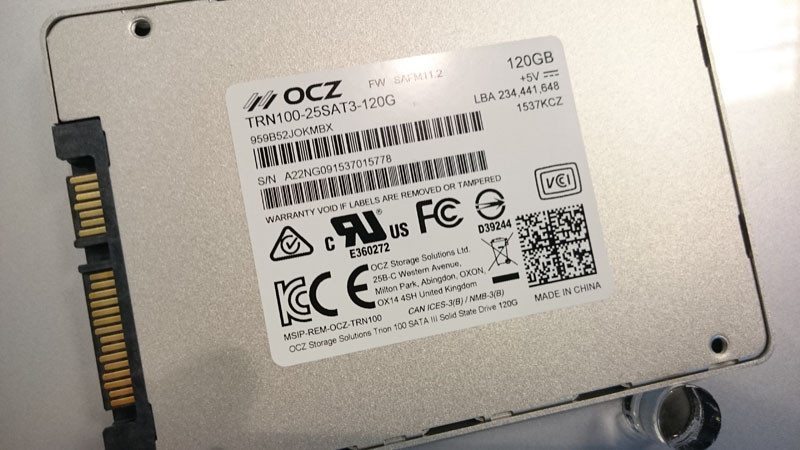 Need more performance? Not a problem! The new RevoDrive 400 Series, comes equipped with PCI Express Gen. 3 x4 SSD drives, which combined deliver a staggering 24000 MB/s read and 1500 MB/s write, not only is this great for desktop users, but will also deliver the performance needed for high-end rendering workstations, gaming systems and more. 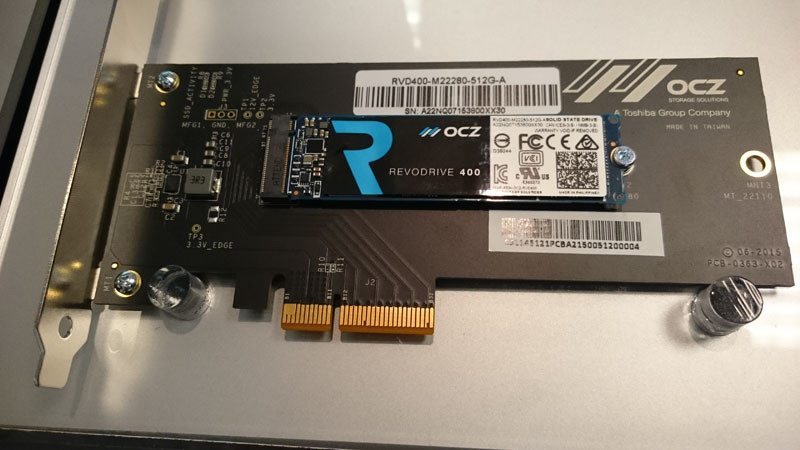 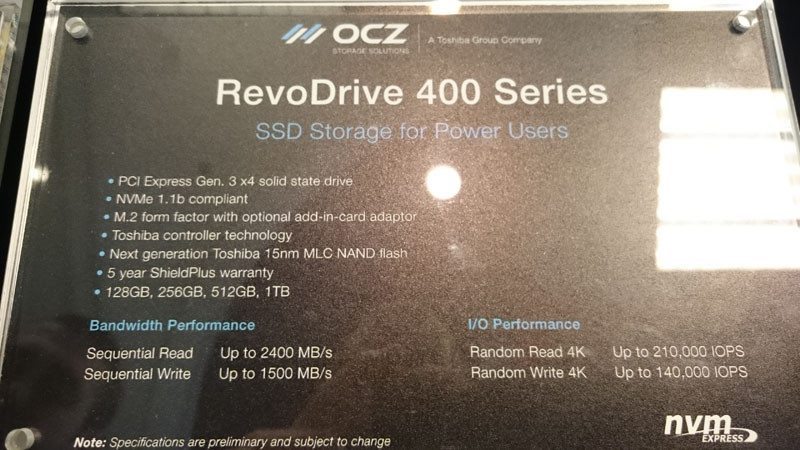 Moving further up the range, their latest enterprise drives are also on display. The Z-Drive 6300 U.2 and the AIC Series offer up groundbreaking performance, perfect for professional deployment, servers, workstations and more. 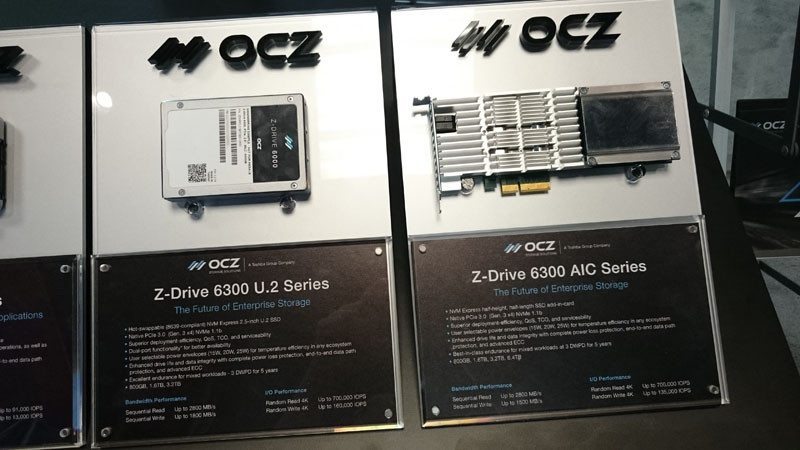 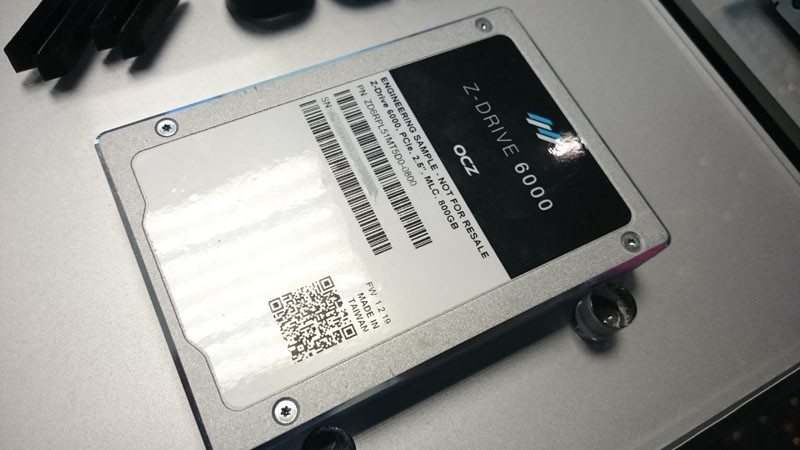 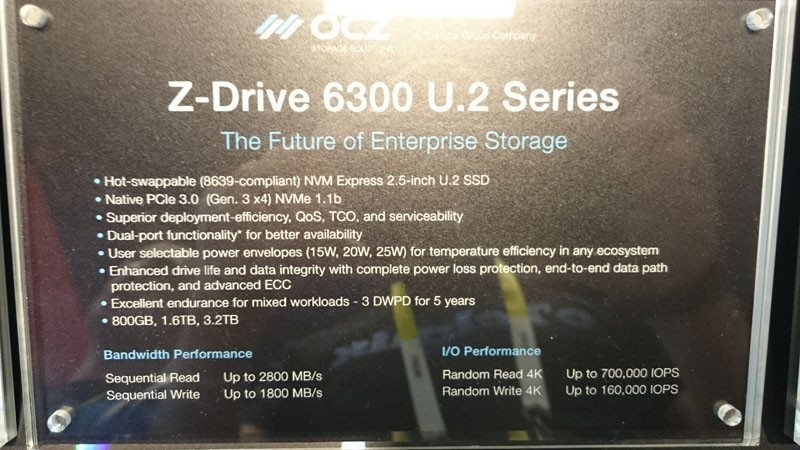 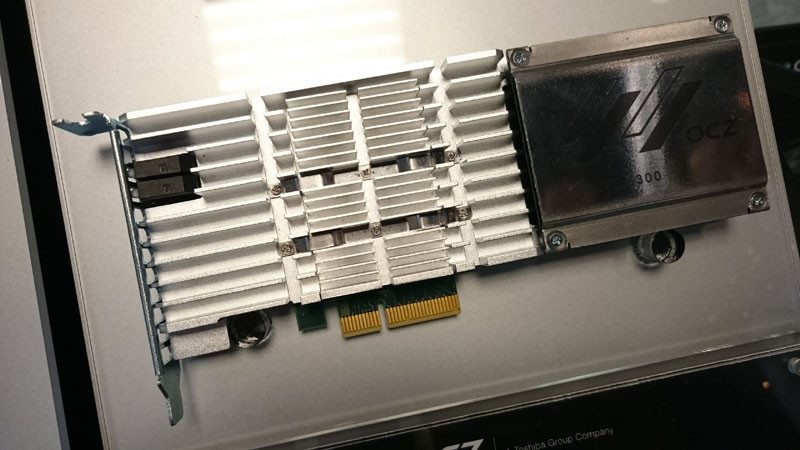 The AIC model is of particular interest, as it comes with up to 6.4TB of storage, great for large scale operations, server deployments and more. 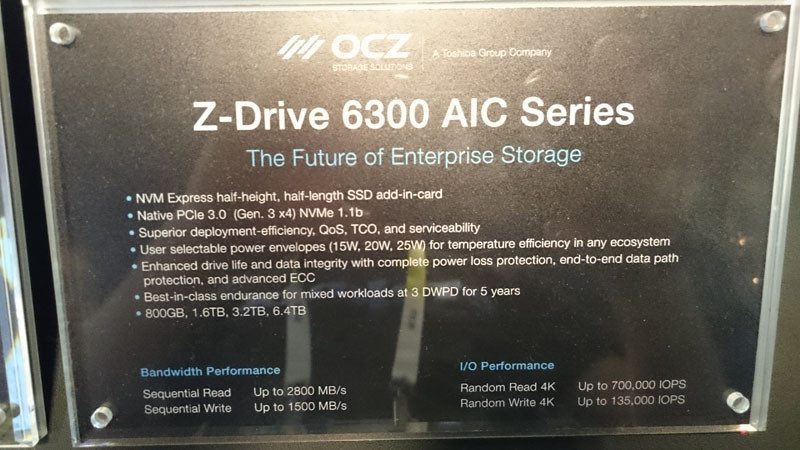 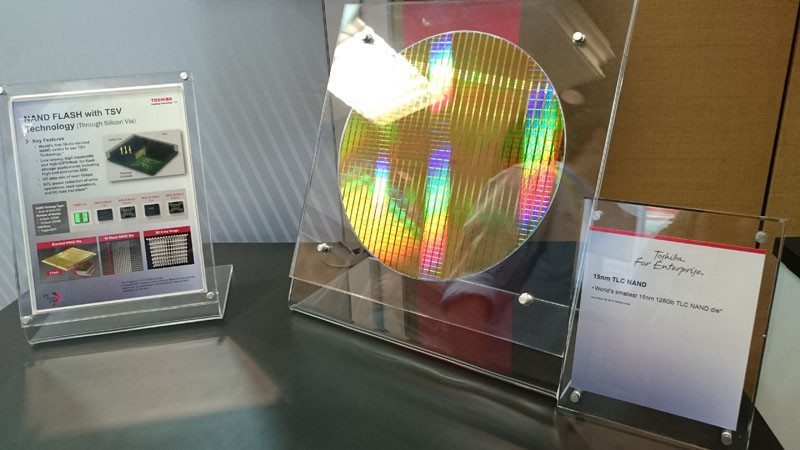 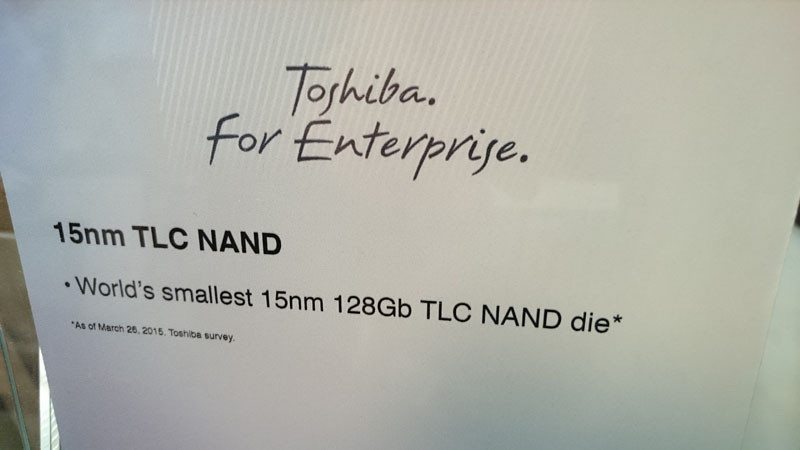 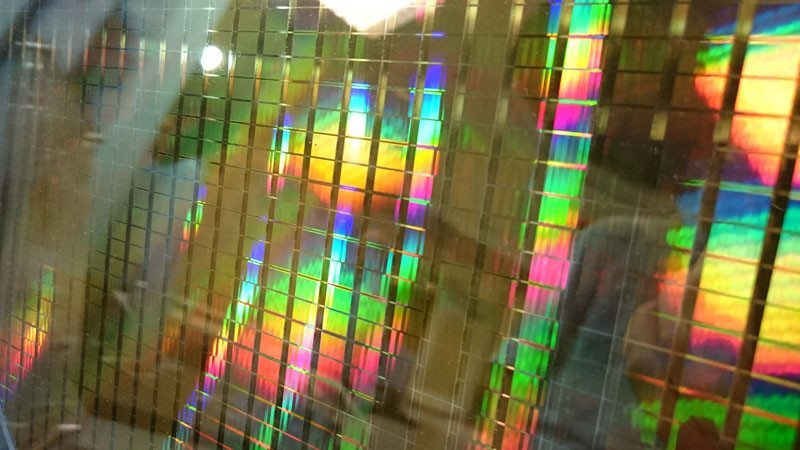 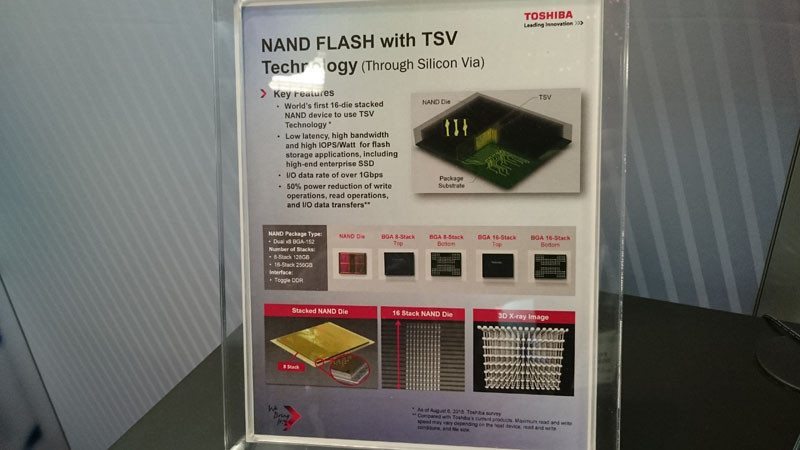 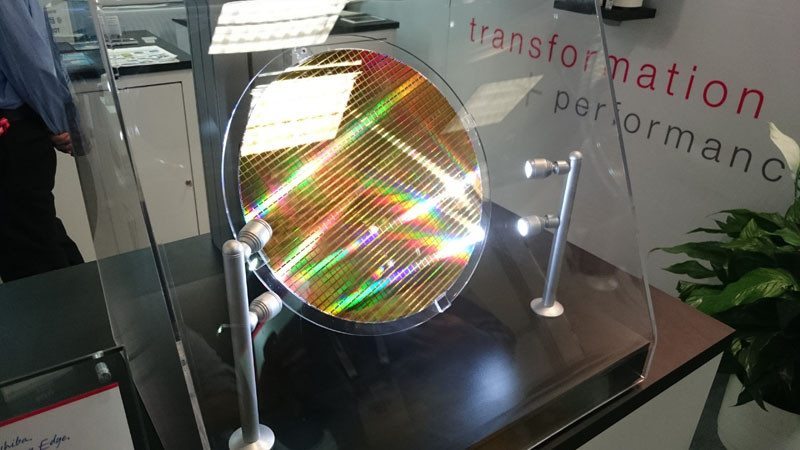 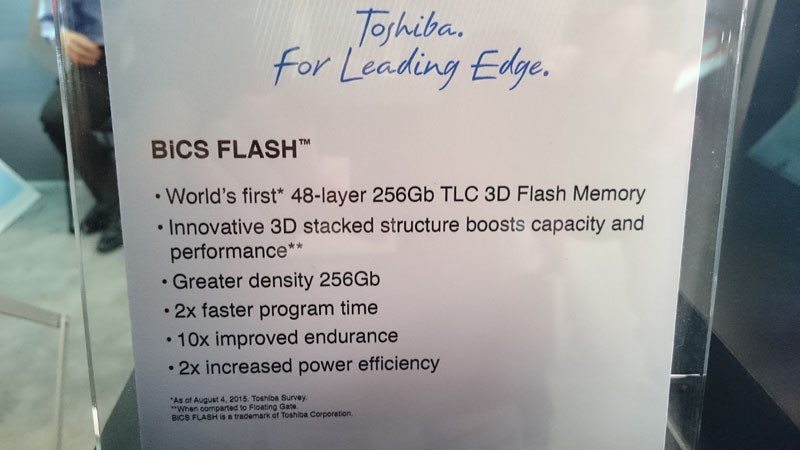 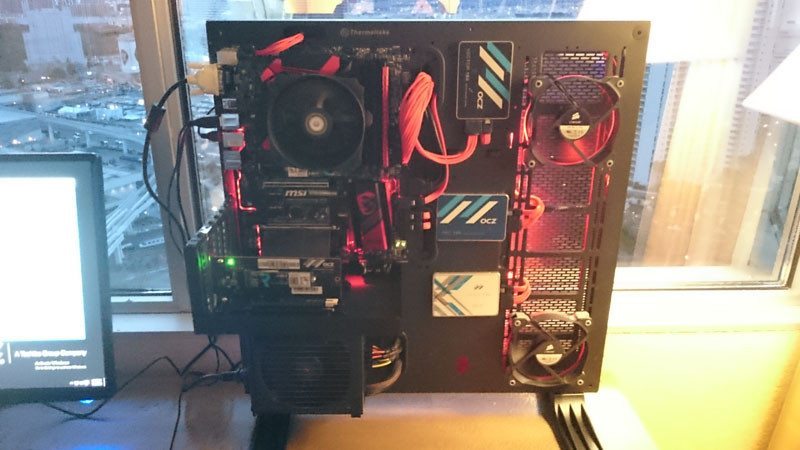 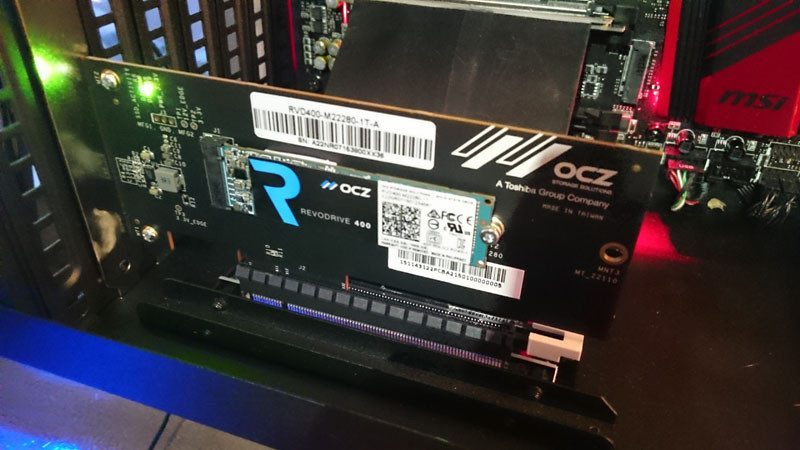 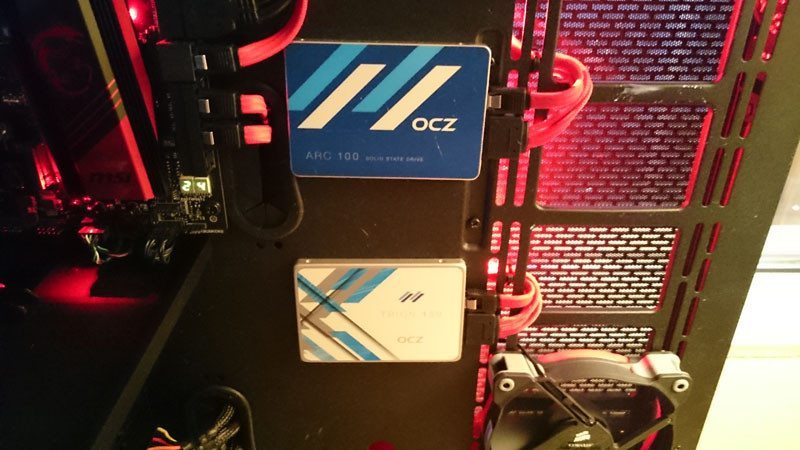 Another great demonstration, their latest drive putting up a good fight and delivering exception read and write performance, hopefully it will prove strong competition for the current crop of Samsung NVME drives that are creating a monopoly on the market. 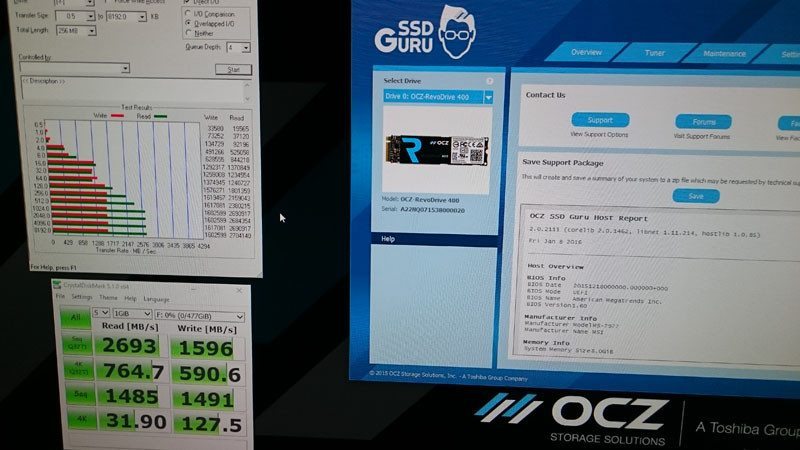