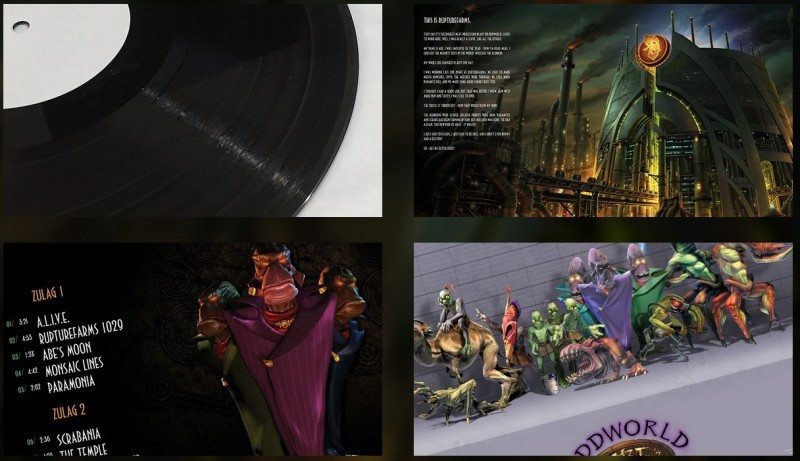 Record sales are booming, having never truly died off in the way many other formats have over the year. Now you can combine your love for collecting vinyl with your love of video games, as the German record label Black Screen Records is preparing to release something very special. In celebration of Abe’s 18th birthday, the complete soundtrack of the recently remastered Oddworld: New ‘n’ Tasty on audiophile grade 180 gram black vinyl.

Check out one of the tracks from the soundtrack, the newly mixed version of Abe’s Moon below.

This is a really cool addition for any collector, especially in a world where soundtracks are rarely more than a simple MP3 download, so it’s nice to have something tangible being offered for a change.

Composed, mixed and mastered by Michael Bross, the soundtrack comes in a full-coloured gatefold sleeve with RuptureFarms art by Raymond Swanland. The vinyl includes an exclusive two-sided A2 poster and a free Steam Code to download the complete game Oddworld: New ‘n’ Tasty for Mac, Windows or Linux. Additionally the Steam Code enables you to download the remastered Oddworld: New ‘n’ Tasty and the original 90s Oddworld: Abe’s Oddysee soundtrack as MP3s.

Pre-order your copy at the official site.