A new report has found that at least 1 in 2 online young gamers experience bullying. While this statistic is quite alarming, there are many who will dismiss it as over-exaggerating the issue. Another attempt by the mainstream media to vilify online gamers by either misrepresenting, misunderstanding or tarring the many because of the few. I would, therefore, like us to take a moment to evaluate online gamers and the concept of bullying.

Does bullying exist in online gaming?

Most definitely it does. The research, conducted by an anti-bullying charity was reported by the BBC as such.

While this might sound alarming, there are some clarifications that need to be made about this ‘research’. The research was conducted specifically on people who utilise the online hotel sim, Habbo. Given that Habbo is a (mostly) free platform, I do not think it unreasonable to suggest that you are going to get a very mixed bag of people on there. I personally play Town of Salem online a fair bit and as that is also a free game I am not surprised to see some of the vilest user names and vitriol being thrown around. Maybe that is because I’m older and a little more ‘seasoned’ to the realities online.

Why should this research be treated with cynicism?

Frankly, because I believe it is the wrong type of research. Online bullying is far more prevalent on a social media platform and this can easily cloud the 2 issues which I feel are totally separate. The recent reports of Facebook hiring 3,000 workers to cope with this clearly demonstrate that fact.

Bullying, in my view, is a systematic campaign of harassment by one group or individual to another person. In 20 years of online gaming, I can categorically say, I have never experienced what I feel is bullying. Sure, I have been trolled, I’ve been baited, but the key factor here is that in these circumstances usually, I have never met the person again (as is the nature of online gaming) or I’ve been able to simply click the ignore button and move along.

In my view, they are asking the wrong questions or interpreting the data incorrectly. This allows the media, such as this BBC report to run away with the hysteria. 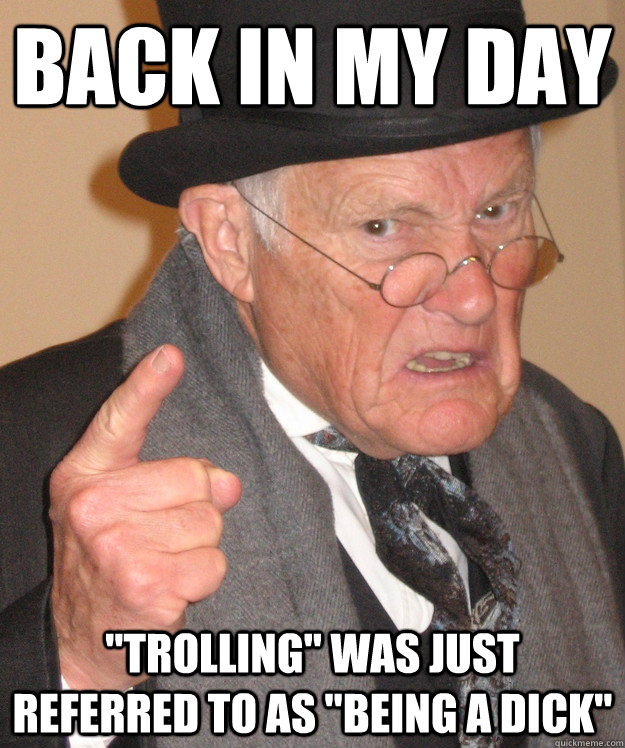 A depiction of me and my possible out-dated views.

I didn’t say that, but I think to correctly research this, you need to understand the nature of the beast. For example, playing CS-GO for 20 minutes will open your eyes to the amount of vile behaviour online. You will be told to die, that they hope you get cancer/aids and beyond. Nasty stuff, no doubt at all. But, is it bullying?

In my opinion, no. It’s trolling, and trolling is a very different creature. A troll has no specific malice to any particular person, they just want to be as offensive or disruptive as possible to as many as possible. This does not speak of them well as a person, but I don’t believe it makes them a bully. At least, not in the traditional sense.

Taking it a step further, I actually do believe that some levels of trolling can be strategic. An angry person will play games less well. Therefore deliberately annoying your opponent might give you a strategic advantage making them make poor decisions out of anger and frustration. 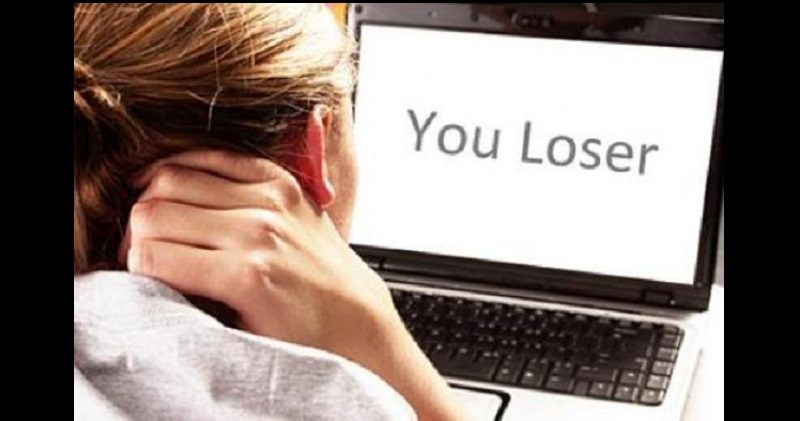 You might want to choose a better desktop background.

Aren’t you trivialising this? Bullying is a serious matter.

Yes it is, most definitely. What I object to is what is a misrepresentation of research leading to more vilification of people who game online. My answer to it is, quite ironically, do your research. People who conduct this research need to understand what they are dealing with and ask the right questions. Online bullying in gaming might be a problem, but if it is, we need to understand the nature it takes. I’ve had people online who have on occasionally really, REALLY annoyed me, but I think we need to understand that a troll isn’t picking on one person, they’ll pick on anyone who bites.

While some of the statistics do seem reasonable, I think this research is open to being deliberately misleading. The solution to online bullying is actually remarkable simple as far as I am concerned.

I have spoken to my friends and family regarding this and the consensus is remarkably clear. Those that participate in online gaming do not believe that bullying occurs or if it does, it’s on an exceptionally isolated scale. Those that do not game online believe it’s a major problem. I would honestly be delighted to hear the thoughts of people regarding this matter.

I could of course be entirely wrong. This is only my opinion of online gaming. If you think I am wrong, please share your thoughts in the comments, and try to keep it nice please.