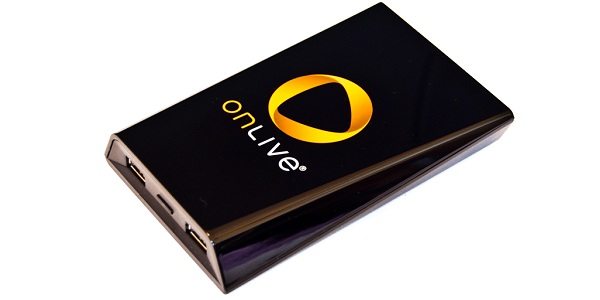 This week I’ve been spending some time with the Cloud Gaming console from OnLive, while there service has been available for a while now and many of you will be at least familiar with the name, even if you haven’t tried the product.

While everyone leaped on to review this product at launch, I thought it seemed fitting to test it once it has its feel on the ground, all the hype has settled and the service has got into its stride in terms of both user base and its network having undergone countless hours of playtime, making this what I think the perfect time to review the system and reflect on its long term performance.

I’m already a big fan of the OnLive gaming service, which you can download on your PC, Mac, Smartphone, Tablets and even some TV’s have built in support (although non in the UK that I am aware of).

I’ve already been happily playing my way thought a couple of titles late last year via OnLive on my PC, I even managed a little go of Dirt 3 on a HTC Desire, now that was a unique ( and somewhat difficult to control) experience, but the real potential for OnLive is in the shape of their console, which is what we will be focusing on today, just like an Xbox, Playstation or any other console for that matter its a case of hooking it into your TV with a HDMI cable, plugging in your controller and playing a game, so start by taking a look at what OnLive has to offer with their system and then we’ll see how I got on with a selection of games.

OnLive, together with its Mova subsidiary, lies directly at the nexus of several key trends, all of which are reshaping the way we think about and use digital media:

Pioneering the delivery of rich interactive media to the home and beyond, OnLive is changing the way entertainment applications are created, delivered and consumed.”