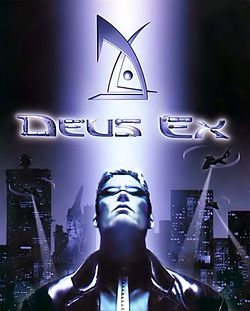 The original Deus Ex may be coming to PlayStation 3 – and soon.

The chances are that it’s a PSN re-release of the PS2 port, Deus Ex: The Conspiracy.

The evidence was supplied by PEGI, the European age ratings body, which doesn’t tend to be too far off the mark.

“We can’t comment on rumour or speculation,” Square Enix has told Eurogamer.