Overclockers UK Will Be at the VR World Congress Next Week 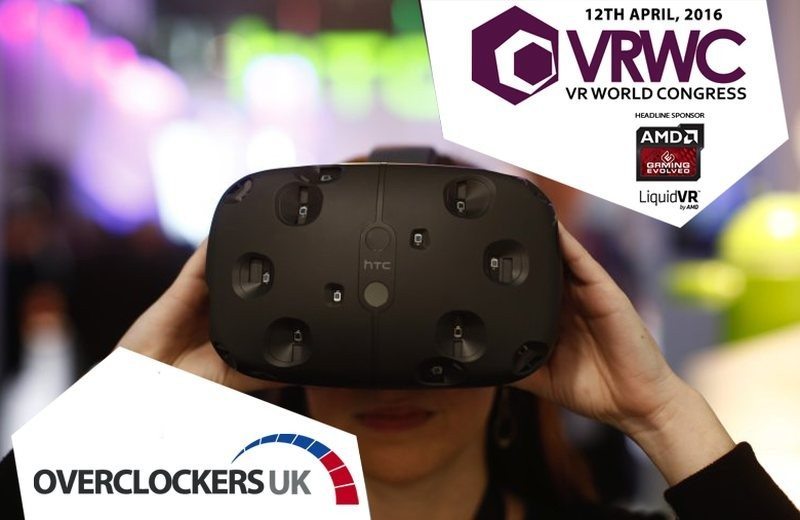 By now there can’t be much doubt in anyone’s mind that 2016 will be the year that will be remembered as the year VR went mainstream. We have got 3 major players each bringing out their own VR headsets, partly they already have to early adopters, and they surely won’t be the last ones. Overclockers UK is one of the biggest gaming system builders and hardware components shops in the UK and they are also on board for this new wave of virtual reality. We’ve already seen them create dedicated HTC Vive area in their shops where customers and fans can experience the full room VR experience, so there is no doubt that they believe in this too.

Overclockers UK will also be among the 600 buyers, sellers, and developers who will attend the VR World Congress next week on April the 12th in Bristol that is being headlined by AMD and their LiquidVR. At the VRWC, you’ll find a dedicated expo hall filled to the brim with exciting and innovative companies showing the latest developments in VR.

OC UK themselves will bring their high-performance PCs, starting from the recommended VR specifications and all the way up to the 8Pack designed and built monster PC called the Asteroid. There will also be the chance to test out OCUK’s Room Scale VR Experience at their booth.

You can also be part of this yourself, if you have time and are in the area, and you can even get in for free with a little luck. Overclockers UK is giving away 2 tickets for this event and the entry is as simple as it could be. All you have to do is to visit the OCUK forums and post a reply to a thread there. You should also take the time to browse the forums a little bit while you’re there, they got some great and knowledgeable people hanging around that post a lot of interesting stuff.