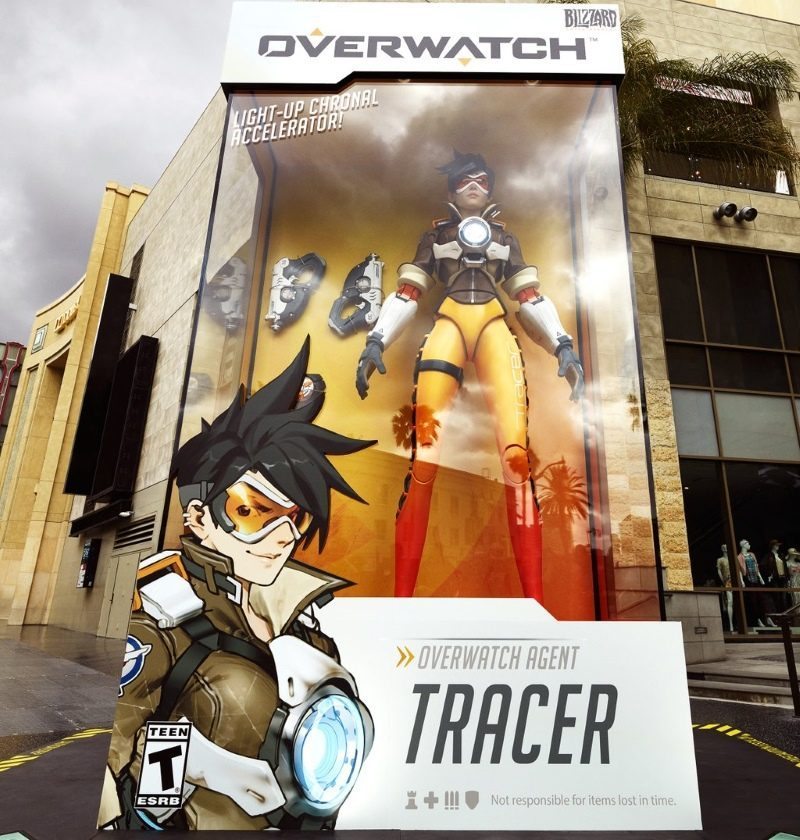 In promoting their newest game, Overwatch, Blizzard have gone to great lengths, creating beautiful animated shorts and comics to flesh out the heroes and the world they live in before the game is even out. Now, in pre-launch events around the world, Blizzard have shown that the heroes of Overwatch really are larger than life, with enormous action figures gracing the events, box and all. 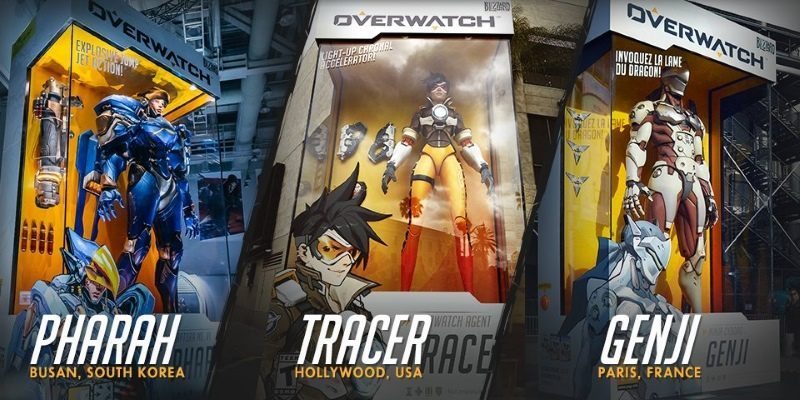 The larger-than-life figurines were on show in three cities across the world in the USA, France and Korea with crowds of fans clamouring to get a good look (and their picture taken) with one of their heroes. Each event starred a different member of Overwatch’s diverse cast, with Tracer taking to Hollywood, Genji gracing the scene in Paris and Pharah present in Busan. While the heroes may have been the stars of the shows, the launch events included far more, with many denizens of Twitter on-hand to provide shots and footage from the multi-day celebrations.

Our colossal collectibles in Hollywood, Busan, and Paris have been a HUGE hit. Come say "hi" if you're nearby! ?✌️ pic.twitter.com/DUdTQXYqgN

Unfortunately, despite intense questioning by their Twitter followers, Blizzard was unwilling to reveal whether smaller versions of the heroes will be able to make their way into the hands of players anytime soon. When you consider the amount of merchandise already available for the game, I have no doubt that these three and their comrades-in-arms will show up in stores one day. With the release now upon us, there remains only one question: Are you with us?