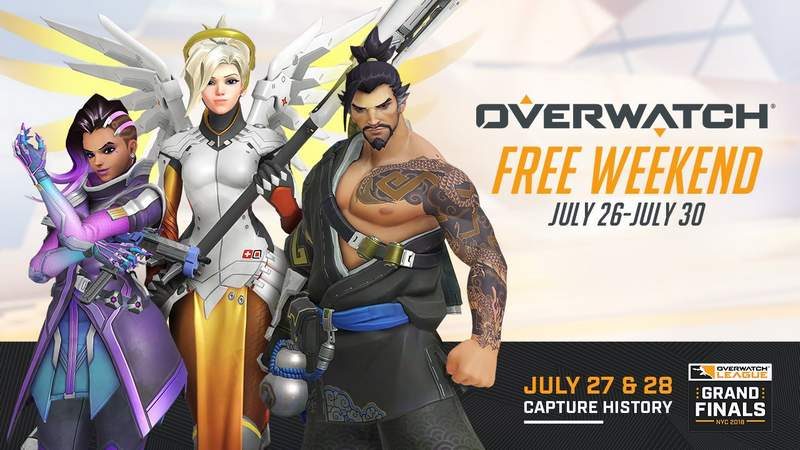 Try Out Overwatch for Free for Five Days

Blizzard’s massively popular online team shooter Overwatch is offering a free-to-play weekend starting July 26. The game now boasts over 50 million players worldwide, and maintains its popularity. The event is not only open to PC gamers, but for console players as well. Xbox One players need an Xbox Live Gold membership to participate however.

In case you purchase the full Overwatch game during the free-to-play event, you can keep any progress or loot boxes collected. The only caveat is that it must be purchased with the same account you played on. Be it a Blizzard Battle.net, Sony or Xbox live account. It is not transferable otherwise.

What Can Players Expect from This Game?

The game itself is a team-based shooter, with all 28 characters having their own set of abilities. Each match consists of a 6 vs. 6 player match, often times with tank characters, damage output characters and support role characters to choose from. Of course, the team combination is numerous, and is completely up to the team to decide how they will achieve their goals. Unlike other shooters, Overwatch has map objectives which are higher priority than simply killing the opponent more. Which is why its team dynamic is very important.

The 28th playable character Hammond is being introduced on July 24. So that means he is fully playable on the free game version. Besides the standard quick play and competitive modes, Overwatch features several arcade game modes for the players to choose from.

Blizzard also usually offers  a 50% discount during free weekend events, although they have not made any official announcements about pricing as of yet.