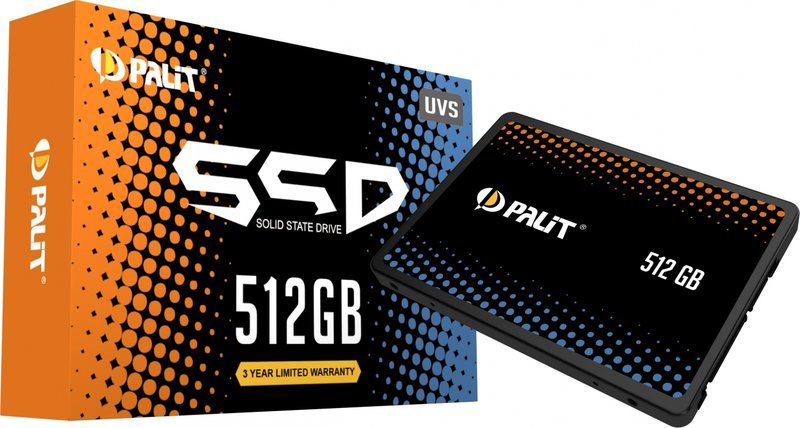 Being a source of great Nvidia-based graphics cards isn’t enough for Palit and they are expanding their products to include Solid State Drives too. The company launched two new series of drives where one is aimed at the general Hard Disk Drive replacement and the second is aimed at gamers who want an overall better performance.

The two new series are the GFS series designed for gamers and the UVS series for the general systems. For ease, think of it as gaming and universal via the first letter in the series name. In total, Palit created 7 new drives that are very similar in many aspects. For example, they are all built around the Phison S3111-S11 SSD controller.

The UVS series has four drives. There is the UVS10AT-SSD120 120GB drive, the UVS-SSD256 256GB drive, the UVS-SSD480 drive, and the UVS-SSD512GB drive. The smallest 120GB version is built with normal TLC NAND where the three larger models are built with 3D TLC NAND. All four come with a 32MB DRAM cache and they support TRIM, Garbage Collection, and S.M.A.R.T. 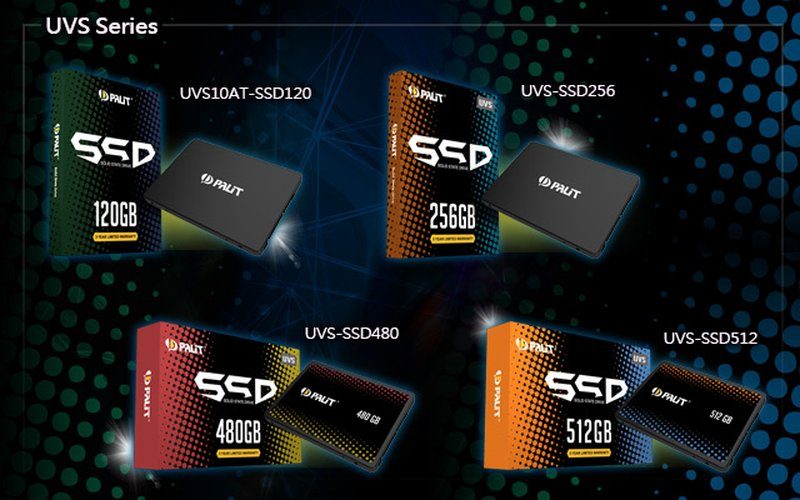 The GFS series consists of three drives. The GFS-SSD120, the GFS-SSD128, and the GFS-SSD240. These three drives are all built with 3D MLC NAND which should give them a better overall performance than the TLC-based models. Otherwise, the configuration is identical with the above-mentioned TLC models, from features to DRAM size. 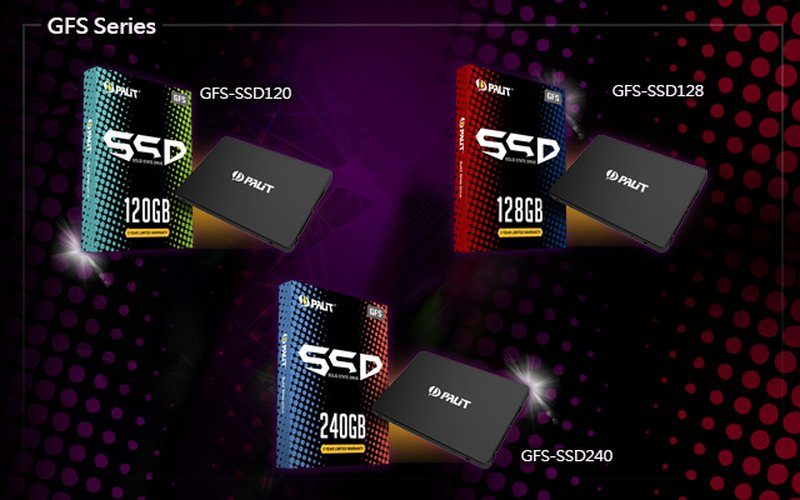 All of these 7 new Palit drives also feature LDPC ECC correction, static and dynamic wear-leveling, and come in a standard 2.5-inch 7mm form factor. They are also all backed by a 3-year warranty. No word on pricing or availability at this time. 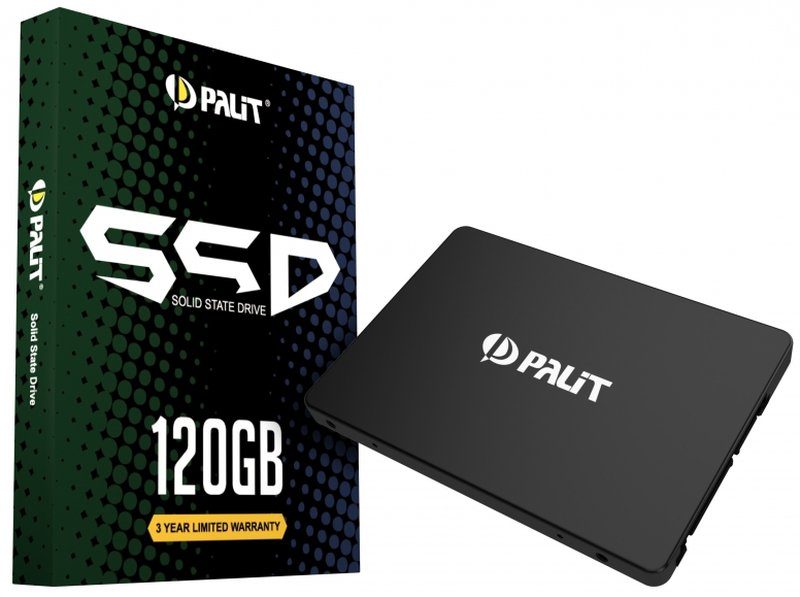 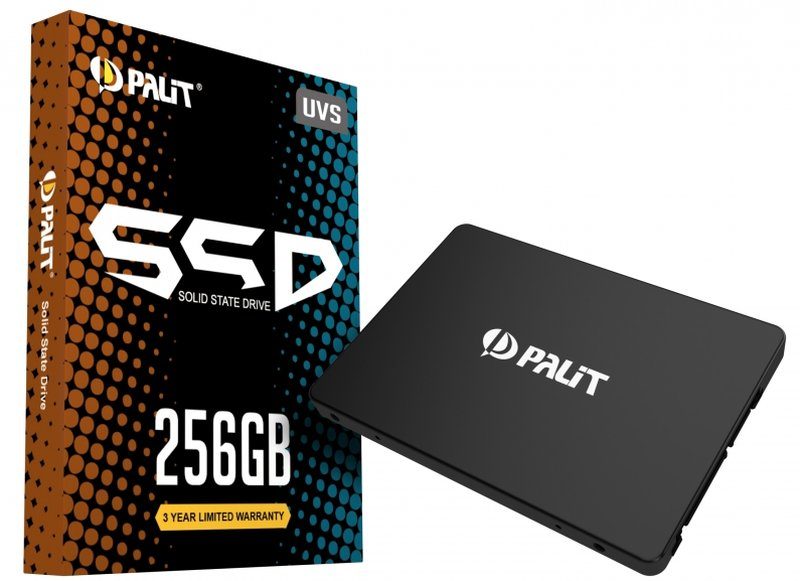 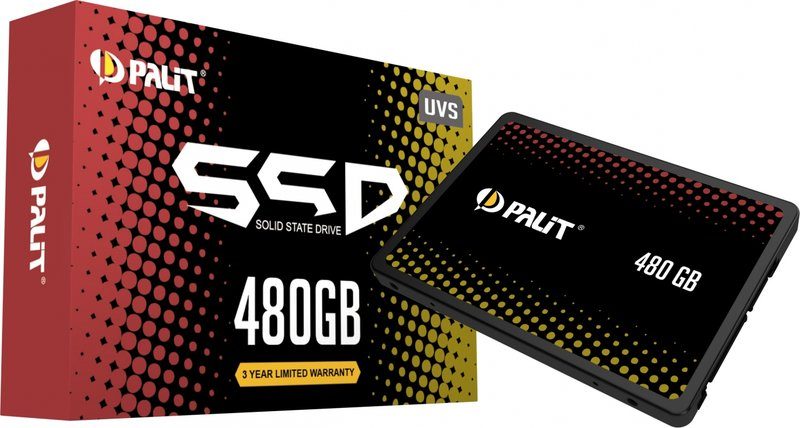 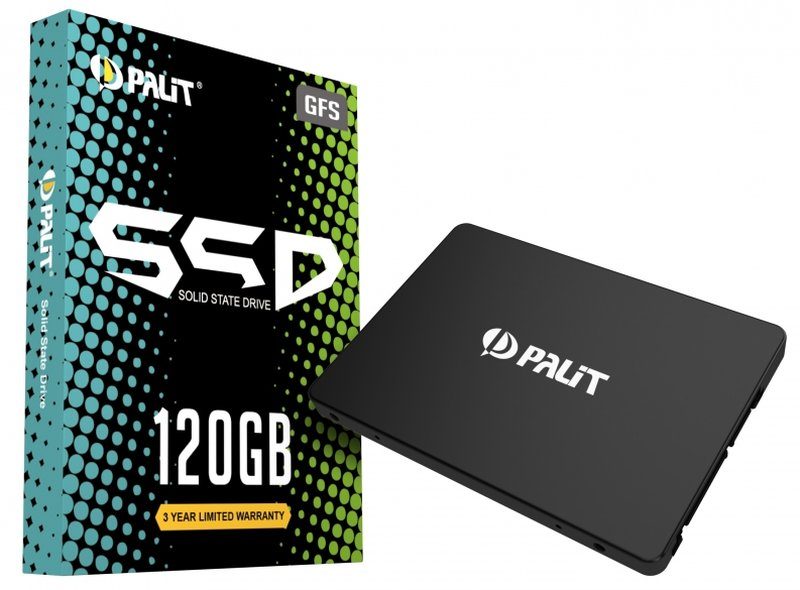 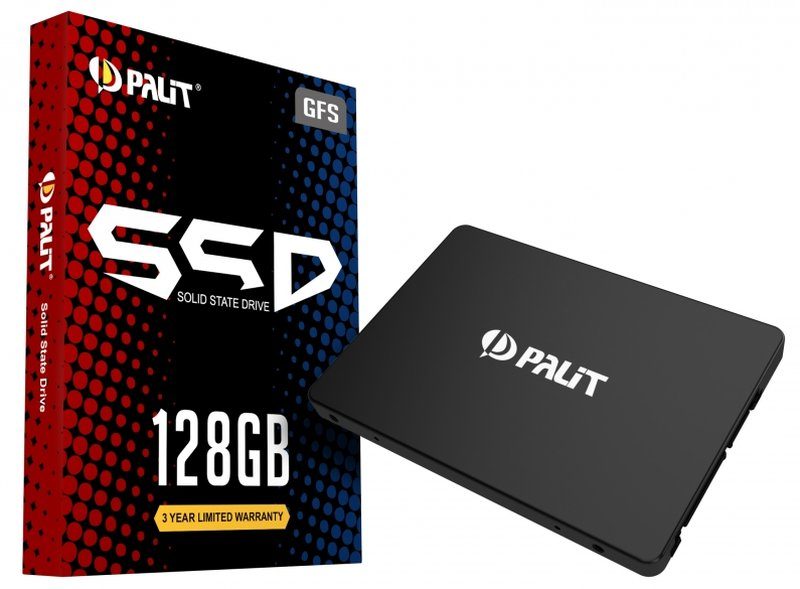 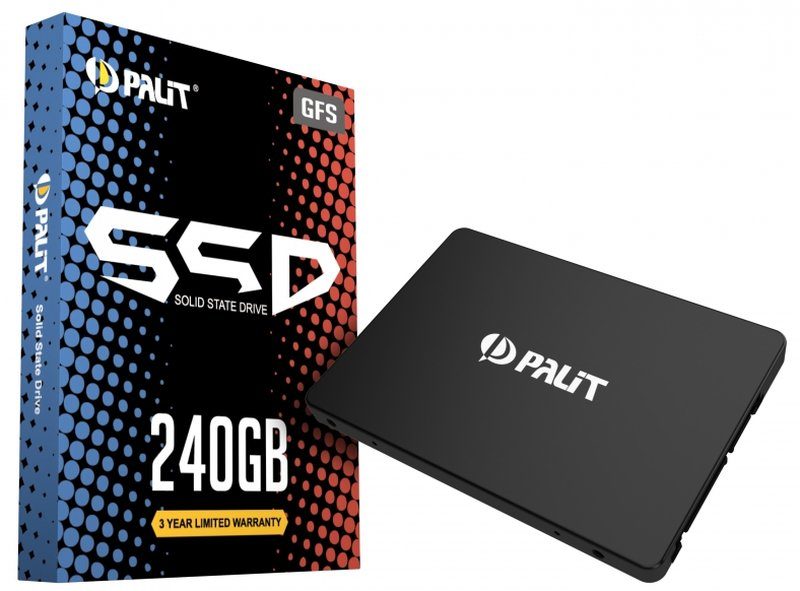