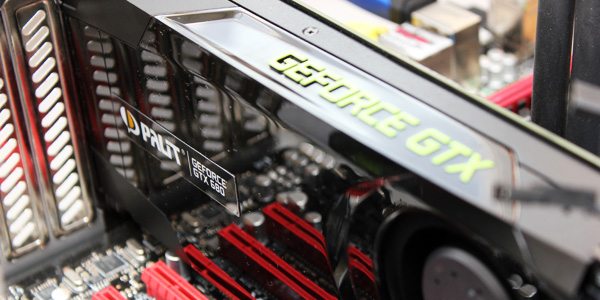 The big buzz going around the interweb at the moment is all about one of two things; Intel Ivy Bridge and Nvidia Keplar, or as we know it; the GTX 680. Today sees us lifting the lid on this new card that Nvidia have kept close to their chest.

They have kept it so close to their chest that they haven’t even allowed their partners such as Asus, EVGA etc… to send out cards until today; the launch day. Nvidia kept insisting to us that this would be a hard launch, and not a paper launch, but it’s actually a bit of both when you look into the rabbit hole. A hard launch in Nvidia’s eyes is having stock in the channel, but are you seriously going to spend over £400 on a graphics card that you can’t see any reviews on? I think not.

Nvidia were kind enough to invite us to an event in London which permitted us to see first-hand information on this card and its technology, and we even took a video of some of the features, which you can find over here. Sadly, going to an event like this, means diddly squat to Nvidia and whether you attend or not, they won’t be sending you a sample unless you are one of the 3 biggest sites in your designated country, so thanks to Nvidia for letting us waste our time and money to come to your event to gather information that we now already have from other sources.

Luckily, even though Nvidia didn’t want to support us, we have friends in very high places, and were able to get hold of a GTX 680 from Palit, and just in the nick of time I might add. This leads us onto the review that we have today.

With the Palit GEFORCE GTX 680 at the ready, we’re take a look at the package on offer, before going through a good look at the card from every angle, before we start to see if this can take the single GPU crown away from the AMD Radeon 7970, but for now, lets just take a brief look at the specifications.