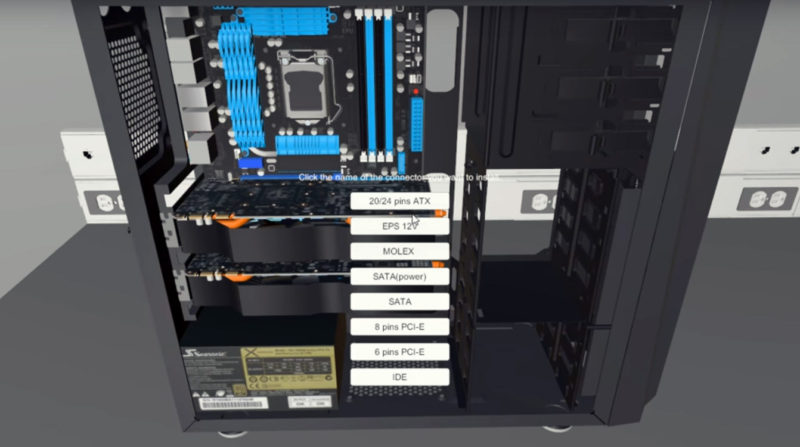 Last month, we brought you news of a new game that was in very early development, PC Building Simulator. Straight away this caught the attention of a lot of people, including developers, and just yesterday, The Irregular Corporation announced it would be publishing the game.

In its current state, the game is very light and rough, but the potential is there, and the idea is fantastic. There are plans to introduce a career mode, although we’re pretty confident there will also be a free-build option too.

Making a new PC in the future might be about to get a whole lot more interesting, instead of just selecting your parts for your next rig, with this game, you’d also be able to put it all together and see how it would look too.

It will, however, need a lot of updates, with the constant stream of new products entering the market, they’re going to have to keep on their toes. Especially if they plan to continue 3D scanning every component they put in.

The Irregular Corporation are familiar with simulation games and are currently just days away from releasing their first, called Sailaway. With a dedicated team now behind PC Building Simulator, we’re likely to see it appear on Steam quite soon as they set out to develop and update it.

It looks as though the original developer, 18-year-old student Claudiu Kiss, will also be staying on board. It’s great news he has decided to let The irregular Corporation pick it up from him though, he obviously wants to get this game out there and was mature enough to realise he needed help.

There will be more news appearing here in the coming months and please do keep requests for features and bug reports coming in! We’re still working on the ongoing development plan for PC Building Simulator so it’ll be great to get an idea of what you’d like to see.

I for one am hoping they put this on Steam Early Access, but for now, you can still download the pre-alpha game here, but do take note that this is still very basic and raw.

What features would you like to see added to this game? Is it something you’d buy? What sort of price would you be willing to pay?