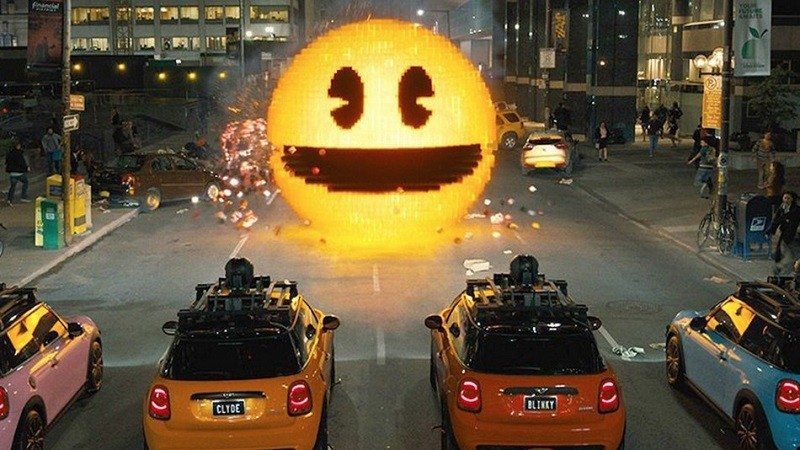 Pixels is an atrocious video game-themed movie and less endearing than a swarm of angry wasps. The film has gained notoriety for its sheer incompetence and it has received an astonishingly low score of 18% on Rotten Tomatoes. Not content with ruining the childhood memories of many iconic arcade games, Columbia Pictures has attempted to copyright the term “Pixels” and instigated a wave of copyright take-downs.

According to TorrentFreak, an anti-piracy group called Entura, hounded a number of independent filmmakers and removed their work from Vimeo. This includes a film from 2006 produced by NeMe, a non-profit organization and ‘Independent Museum of Contemporary Art’. In a forum post, the company said:

“Our NGO has just received a DMCA notice for a video we produced in 2006 entitled ‘Pixels’,”

“The video was directed by a Cypriot film-maker using his own photos and sounds/music on a shoestring budget and infringes no copyright.”

“Please somebody do check the video in question and confirm for yourselves that it breaks no copyright laws and that it has nothing to do with the latest multi-million blockbuster which prompted this notification.”

Unfortunately, the video no longer exists and the URL displays a redirect error. Once again, this illustrates how absurd the DMCA algorithm is and how often it affects legitimate pieces of content which have nothing to do with an automatic copyright claim; the copyright legal framework is absurdly outdated and needs radical reform. 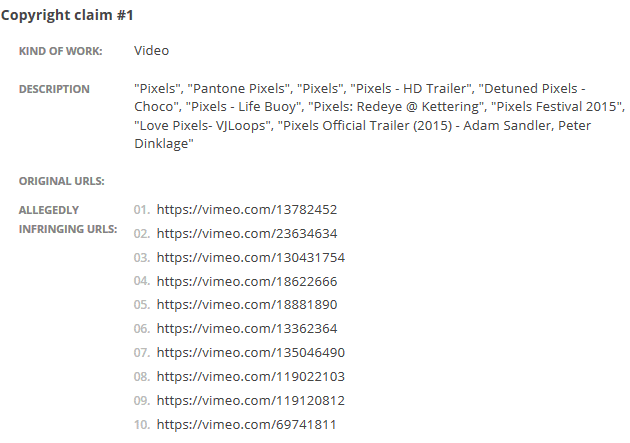 In a hilarious twist, a DMCA takedown actually removed Pixels’ trailer from the official account designed to market the film. This should serve as a lesson to companies who attempt to copyright a widespread term and bully content creators. The current DMCA policy is flawed and constantly abused to remove critical videos or fan-made creations containing a copyrighted music score. Columbia Pictures, Adam Sandler and Entura should be ashamed of themselves.