Plextor Launches S1 Series SSD – But Only in Asia 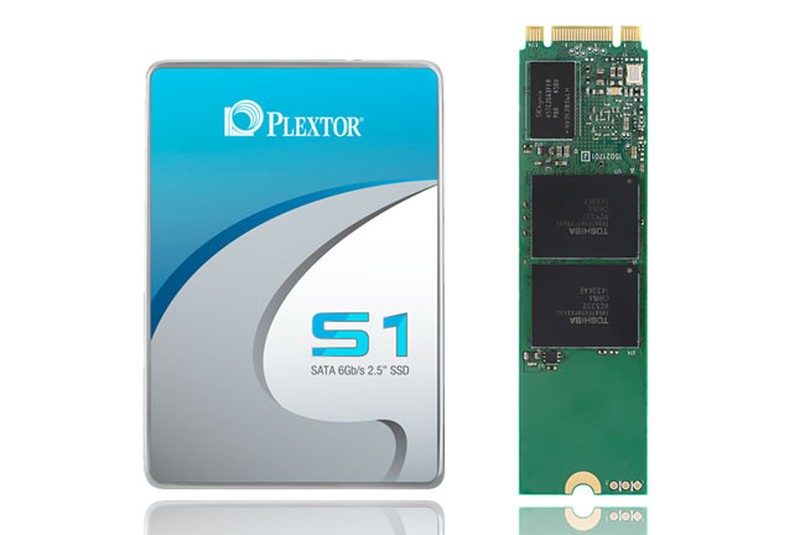 Plextor released a new solid state drive series, but this one is only for the Asian market. The new Plextor S1 series meets the users who want an entry-level solid state drive that uses MLC NAND rather than the TLC NAND found in most entry-level drives these days. There is a big demand for these drives in the region and the production is limited, which is why it only will become available there.

The S1’s strength comes from proven core components such as Toshiba’s high-quality Toggle Mode MLC NAND flash memory which has been coupled with SMI’s well-reputed SM2246 controller. By extending Plextor’s exclusive firmware technology, the S1 series provides users with a read and write performance up to 510 MB/s and 440 MB/s in sequential and up to 74K and 79K IOPS in random read and write, respectively. That’s pretty good for an entry level solution.

Plextor offers the S1 in two different form factors, the classic 2.5-inch 7mm and the modern M.2 2280. In both cases, the S1 has two capacity options which are 128GB and 256GB. The S1 may not be the largest or fastest drive on the market, but it was carefully designed to provide the best value possible and still perform at amazing SSD speeds that won’t break the bank.

Plextor’s S1 series has successfully passed all the factory tests that the company employs and it is covered by a three-year warranty. There was no word on pricing at the time of writing.