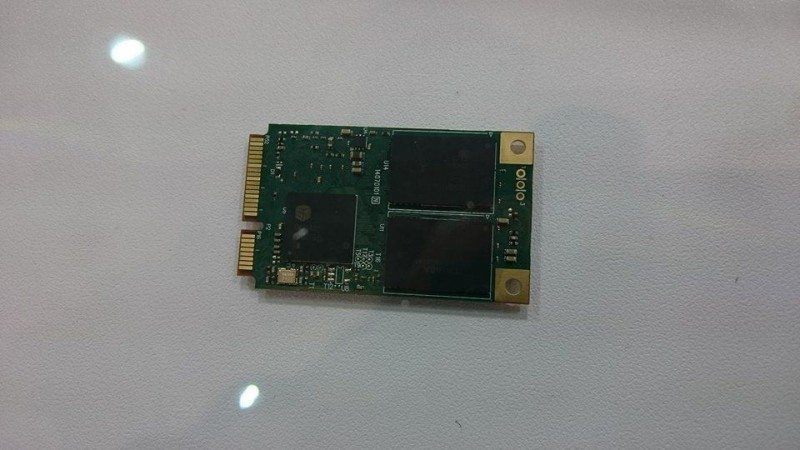 Computex 2015 – When it comes to picking an SSD, mSATA isn’t the first connection type that comes to mind. But that doesn’t mean that it isn’t relevant. Small form factor systems and notebooks often utilize this form factor and it is great to see more drives made for it.

Plextor brought along their M6MV mSATA SSD that is built around the SMI 2246 controller and with capacities of either 128GB or 256GB. The cache equals the capacity, just in MB and it helps to boost the speed up to 535 MB/s read and 335MB/s write. Random performance isn’t bad either with up to 83K IOPS. 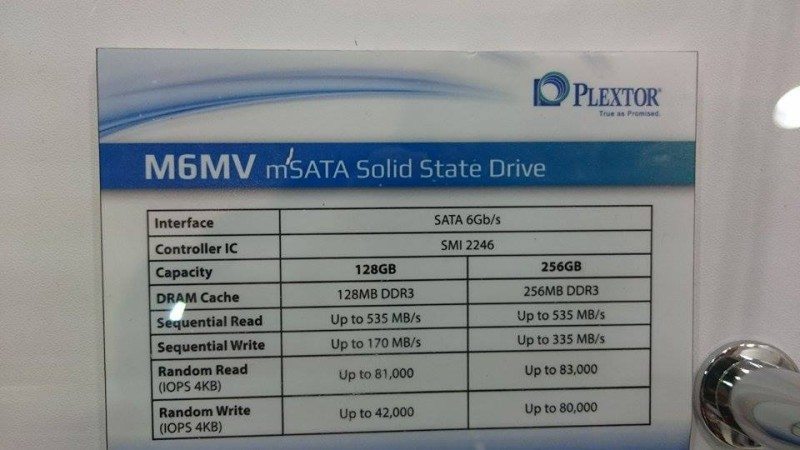 The M6GV-2280 is the gum-stick shaped version and it is available all the way up to 512GB storage. The performance is similar to the mSATA with sequential performance up to 535MB/s and random IOPS up to 83K. 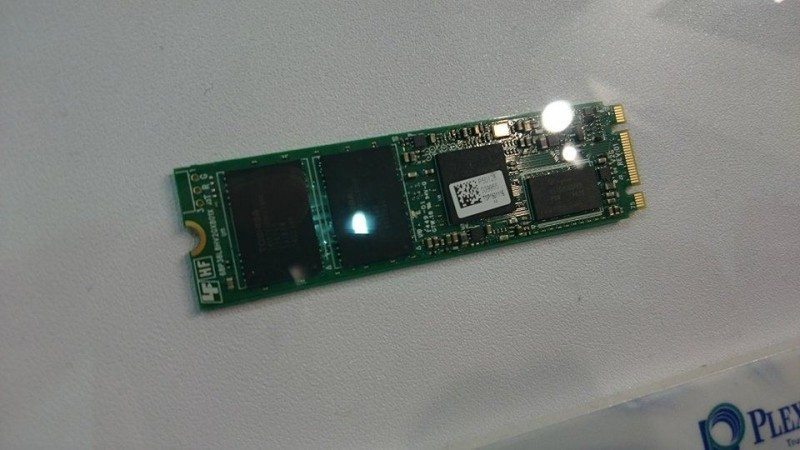 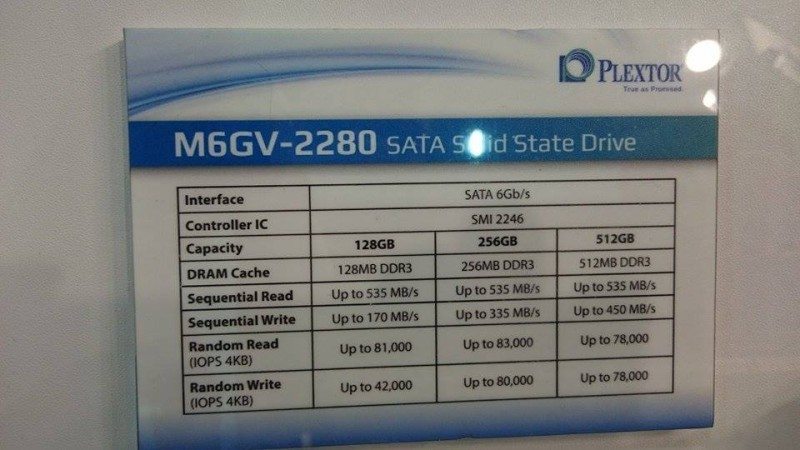 Last but not least we have the brand new M7e as an M.2 form factor drive. The M7e is a PCIe Gen 2 x4 drive with great performance up to 1400MB/s reading and 1000MB/s writing just like the PCIe HHHL version. 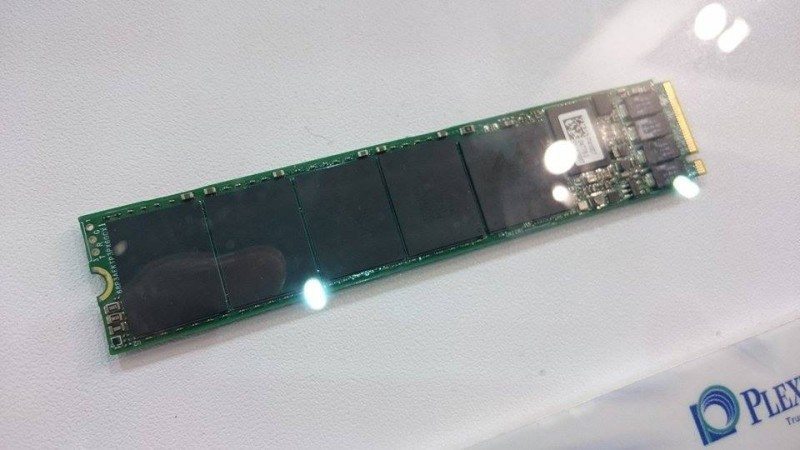 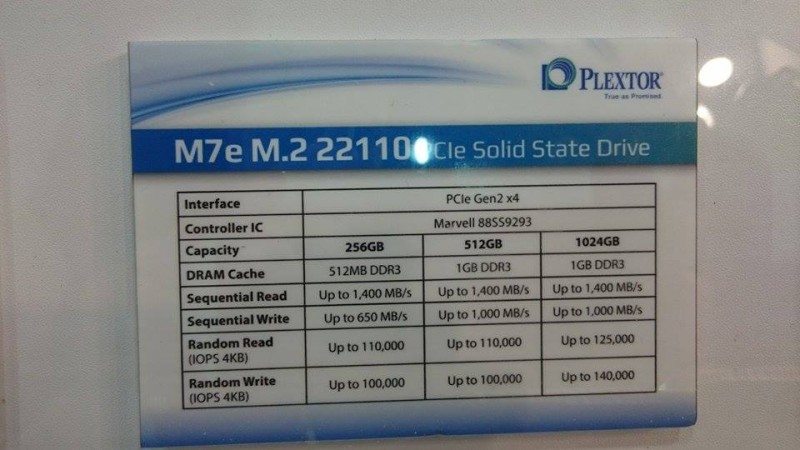