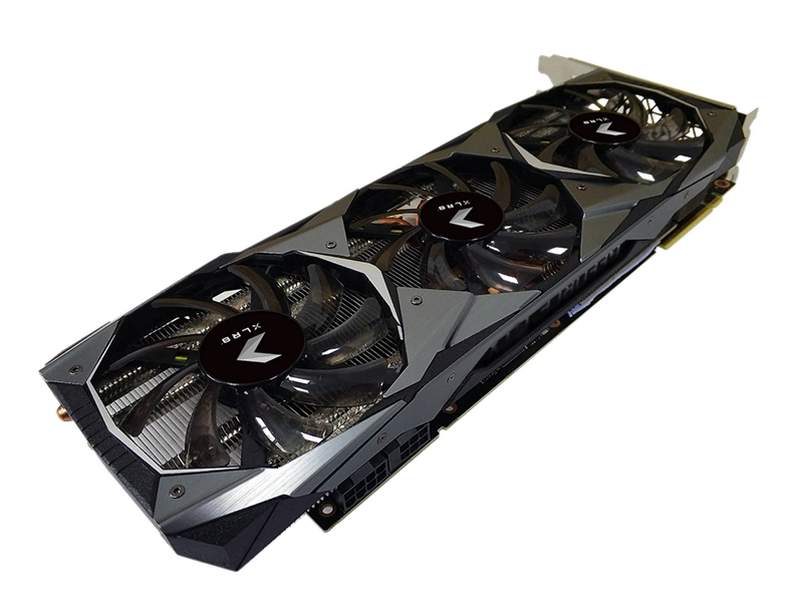 More Details Ahead of Schedule

With NVIDIA preparing to launch their next generation 20-series video cards in the next few days, leaks are bound to happen. Information leaked which should be taken with a healthy grain of salt. However, sometimes even the official outlets make a mistake, giving readers an official look into information before the actual unveiling.

Case in point is PNY, the US-based NVIDIA partner who has listed their RTX 2080 Ti Overclocked XLR8 Edition graphics card landing page ahead of the launch.

This not only gives us a clear glimpse as to what their custom RTX 2080 Ti looks like, but what clock speeds, specs and pricing it will carry. After the leaks earlier from Baidu forums and VideoCardz.com, this serves as confirmation about several of the known stats.

What Specs Does the PNY RTX 2080 Ti XLR8 Gaming OC Edition Have?

According to the website, the RTX 2080 Ti GPU does indeed have 4352 CUDA cores as rumoured. It also has 11GB of GDDR6 memory on a 352-bit memory bus. However, now we know that the core clock is around 1350MHz. This is of course the factory OC’d version, so it will be higher than the reference clock. PNY’s XLR8 Gaming Edition also boosts up to 1545MHz.

Since it is a custom card and is overclocked, the TDP is also considerably higher than expected at 285W. Which is probably why PNY packs it with a triple-fan cooler. The actual card itself measures 1.73 x 12.36 x 5.04 inches and is a dual-slot card solution.

In terms of pricing, this pre-overclocked version is listed at $1,000 USD. In comparison, the GTX 1080 Ti had a $699 USD launch price. The highest priced custom GTX 1080 Ti right now are priced at around $749~$799 USD. Needless to say, that is a considerable jump in price for the segment. 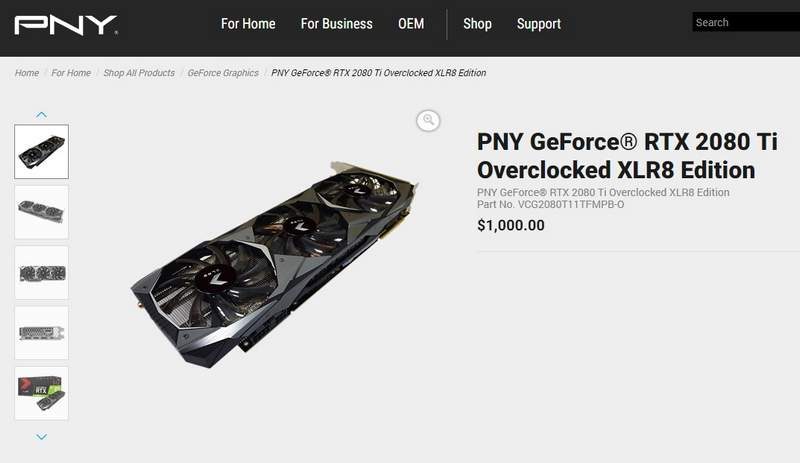 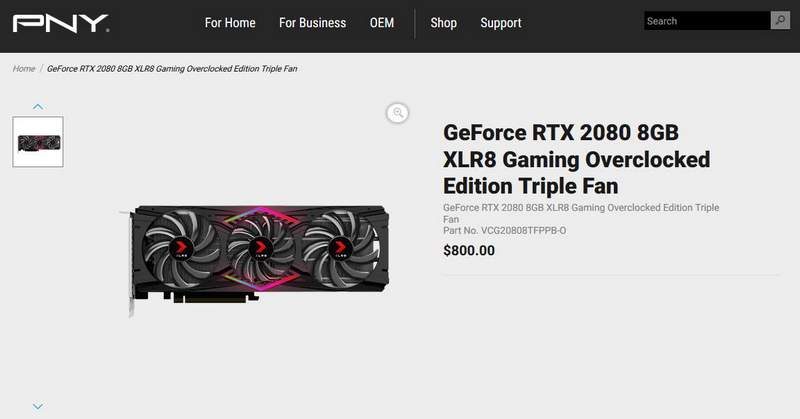 There is more than one new video card listed on their website of course. There is also the RTX 2080 8GB XLR8 Gaming OC video card, which costs $200 less. Like the XLR8 RTX 2080 Ti OC, this is custom and pre-overclocked, so it costs more than the standard model. Also like the RTX 2080 Ti, it has triple fans, although the shroud design is different.