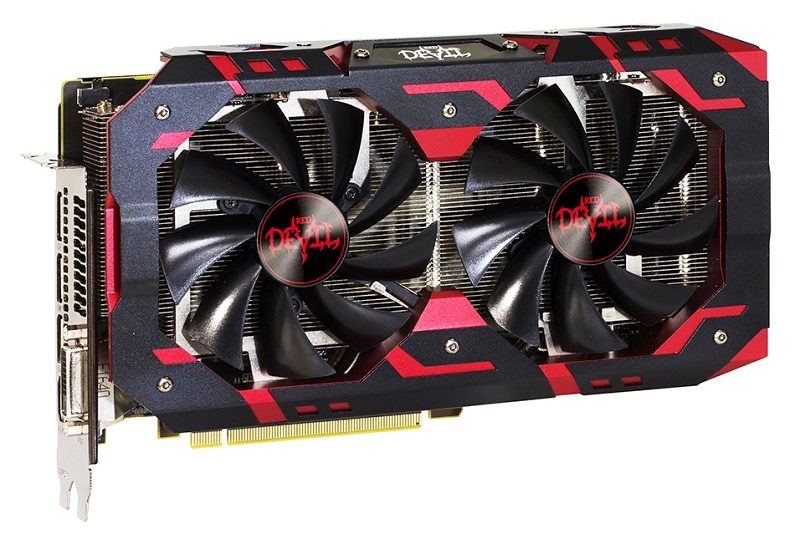 After weeks of leaks and rumours, PowerColor’s Radeon RX 580 Red Devil graphics card has officially arrived in two different models: The RX 580 Red Devil 8GB GDDR5 and the RX 580 Red Devil Golden Sample 8GB GDDR5. Both look identical with similar features including the GPU, dual-fan cooling, and dual- bios but differs with the size of the heatsink and factory overclock. 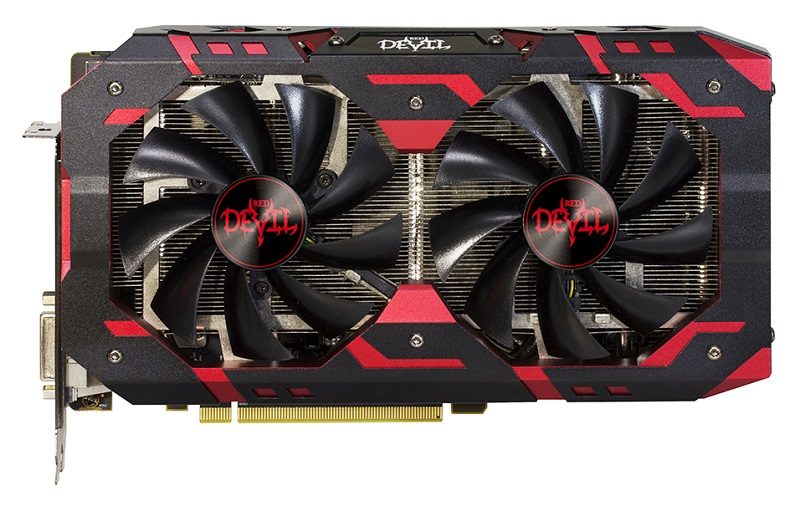 Both RX 580 Red Devil versions have an 8-pin and a 6-pin power connector and have a 6+1 multi-phase GPU power design utilizing Driver MOSFETs. In terms of heatsink, the regular RX 580 Red Devil is equipped with four 8mm nickel-plated copper heatpipes while the Golden Sample version uses a combination of 8mm and 6mm heatpipes. Both use a pair of 10mm dual-ball bearing fans to actively cool the heatsink and the PCB below it, with a smart sensing technology that automatically stops the fan when the GPU temperature is detected to be below 60C for complete silence during most use.

A 1.5mm thick metal backplate is also pre-installed for added support and PCB integrity, preventing bending and sagging over time. Unlike the PowerColor RX 570 Red Devil however, the RX 580 Red Devil backplate is equipped with a red LED that lights up when in use.