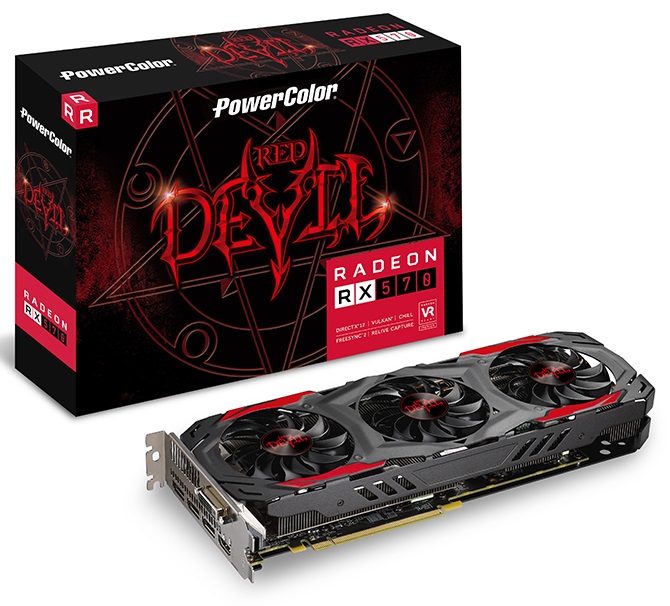 The new Radeon cards may be a refresh of the RX4xx series of cards, but that hasn’t stopped all the 3rd party AMD graphics card manufacturers from producing some stunning cards. Recently we reviewed the gorgeous PowerColor Red Devil Radeon RX 580 8GB, and it proved to be a welcome upgrade from the old model while delivering competitive performance in its respective price range, as well as a bunch of new features that certainly added extra value for money.

Today, we kick things off with a look at the new PowerColor Red Devil RX 570 4GB. This card is obviously a step down from the RX 580 8GB we reviewed, but surprisingly, it’s also a much bigger card. It has an even bigger cooler, a longer PCB, three fans instead of two, so we’re expecting it to squeeze every last drop of performance out of the chipset.

Obviously, the card is faster than the older RX 480 model, but with the addition of Chill, improved VR support, HDR, FreeSync2 and more, it already sounds like a better card. 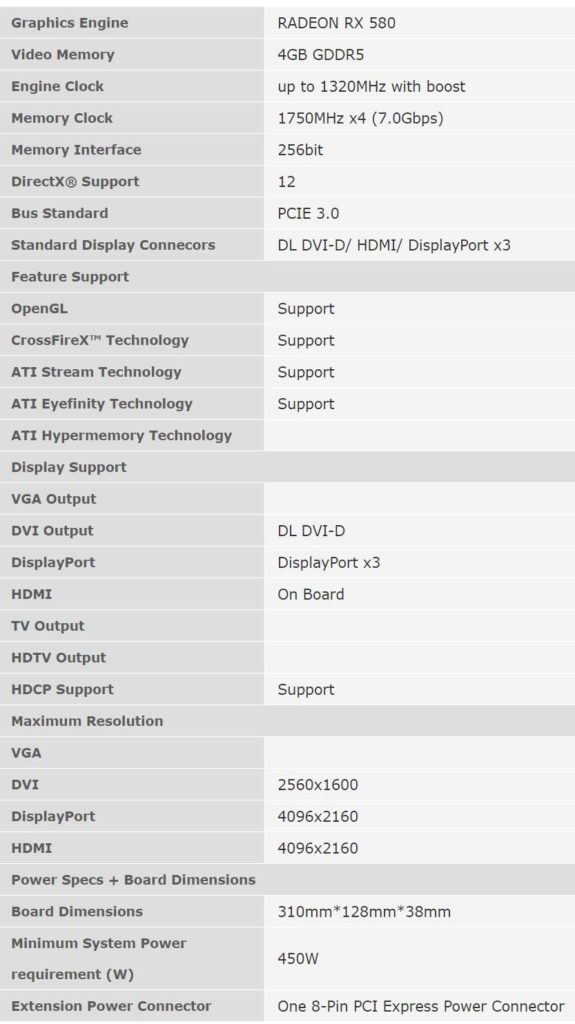 The box looks pretty cool, with the Red Devil graphics on the front, and a nice breakdown of the hardware and features on the back. 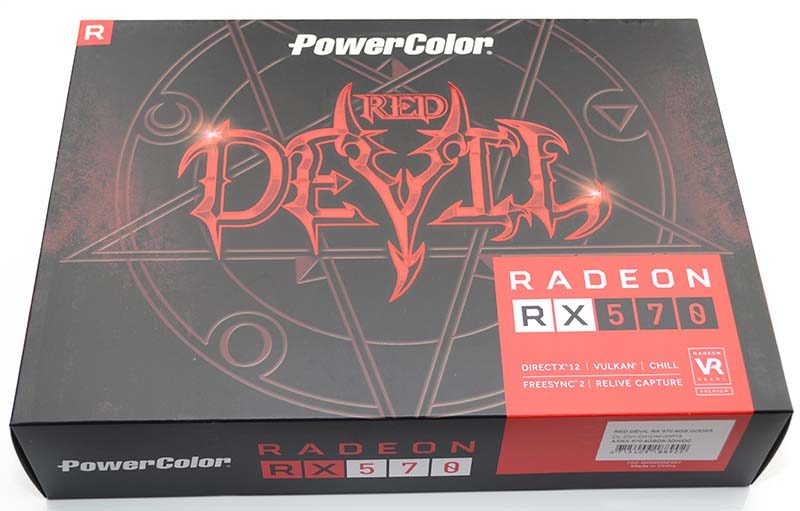 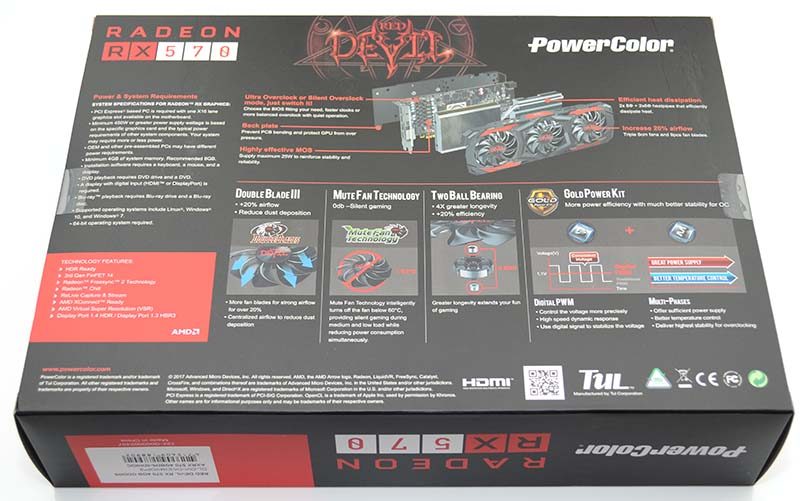 There’s not a lot in the box, with just a few product information booklets, as well as a driver disc, but it’s everything you need really.