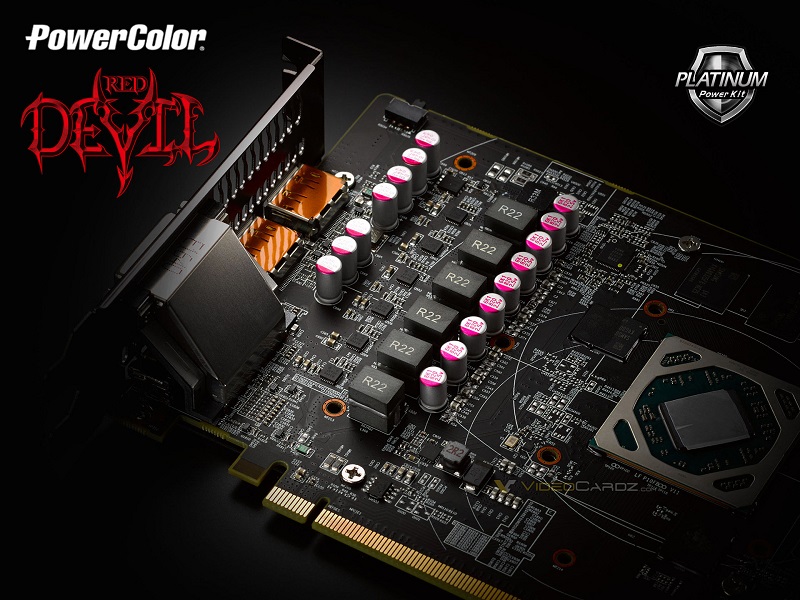 With product refreshes, it is always an opportunity for companies to release the product in a new way. For the original launch, there may have been time constraints on testing and design as well as knowledge learned from mass production. As AMD is releasing their new RX 500 series as a refresh of the older RX 400, the new RX 580 will be an interesting example of what can be done. Powercolor it appears is planning to go all out with their new Red Devil if their teaser is any indication.

The new Red Devil and Red Devil Golden Sample are expected to be based on the top end RX 580 with the Polaris 10/20 GPU. To differentiate the card from the RX 480, the new models feature an improved VRM. The Platinum Power Kit include Dr.Mos and Digital Power for the 6 phases. There will also be a BIOs switch to change between OC and silent modes.

As a custom based model, we might be seeing the Red Devil PCB in the first wave of launches. With the new 3rd generation 14nmFinFETs, AMD and their partners have a chance to push clock speeds even higher. Though a power bug currently limits maximum practical overclocks to under 1500 MHz, we may see factory overclocked cards push that limit. The Powercolor RX 580 Red Devil Golden sample is rumoured to push 1400 MHz+.