Rockstar has announced that new luxurious content is arriving in the city of Los Santos of Grand Theft Auto V next week (8th June). It is the first one of the two big content updates which are planned so far and is being called as “ILL-Gotten Gains Part I”. This update is packed with a lot of flashy and drolly goodness. Starting from a  Buckingham Luxor Deluxe (Plane) and Buckingham Swift Deluxe (Helicopter) made of solid gold, a golden Combat PDW (Personal Defense Weapon) to suit your ride along with 2 sports cars, Albany Virgo (Muscle Car) with designer paint jobs and hundreds of new expensive clothing items and accessories. These updates are meant for the multiplayer version of the game, also called Grand Theft Auto Online.

For your viewing pleasure, Rockstar has thrown few screens showing off high-end vehicles and weapons. 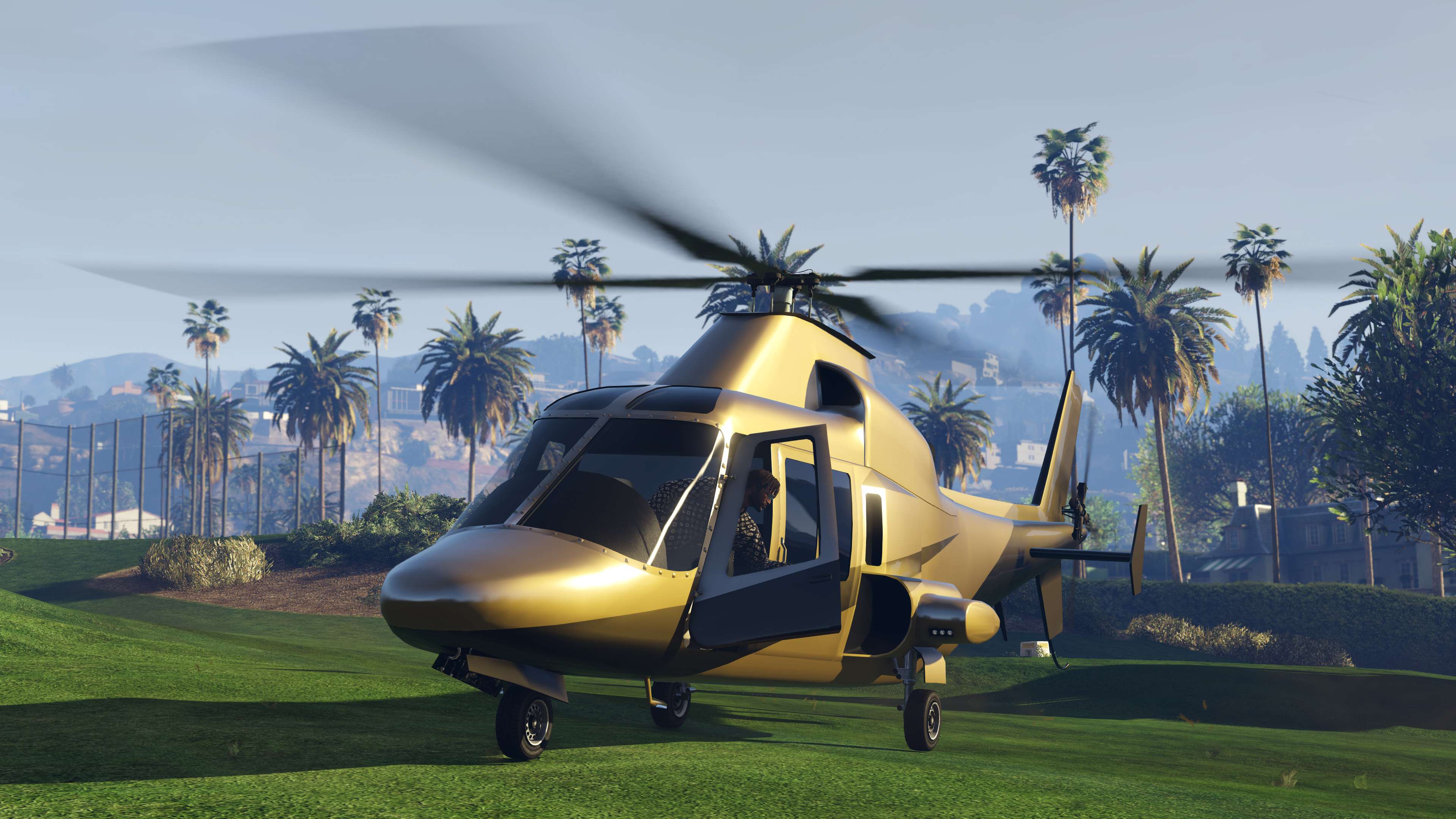 The second part of this DLC is planned to be released during summer time and just keep in mind that GTA V mods can spice up the gameplay experience in story or single player mode but do not use them in the multiplayer mode, it can get you banned.

Thank you Rockstar Newswire for providing us with this information.