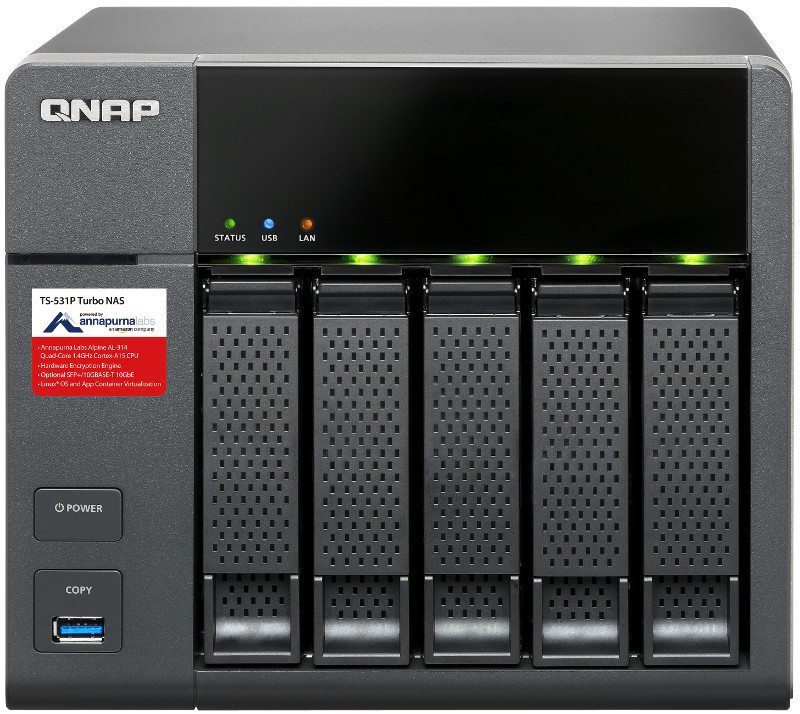 Right out of the box, the QNAP TS-531P features four Gigabit Ethernet ports that naturally support Link Aggregation and Failover, but you can expand it with either a 10GbE SFP+ or 10Gbase low-profile add-in card for even better connectivity. 10GbE is finally starting to make a proper entry into the market as more and more SMB devices start to feature what used to be reserved to the enterprise sector and it is something that I’ve been waiting for in a long time. The TS-531 supports add-in cards with up to two ports, allowing you a total of either 6 Gigabit Ethernet ports or 4 GbE and two 10GbE ports in this NAS.

This is an SMB NAS that comes with all the essentials in this area, which also means that the HDMI port for direct usage as HTPC that we see on personal oriented NAS devices isn’t there. There are however three USB 3.0 ports for expansion where one of them is located on the front for easy access together with the one-touch copy button. These ports can also be used to expand the storage abilities with up to two QNAP expansion enclosures, either the UX-800P 8-bay or UX-500P 5-bay units. With two 8-bay expansion units, you can have up to 168GB raw storage capacity using 8TB drives. 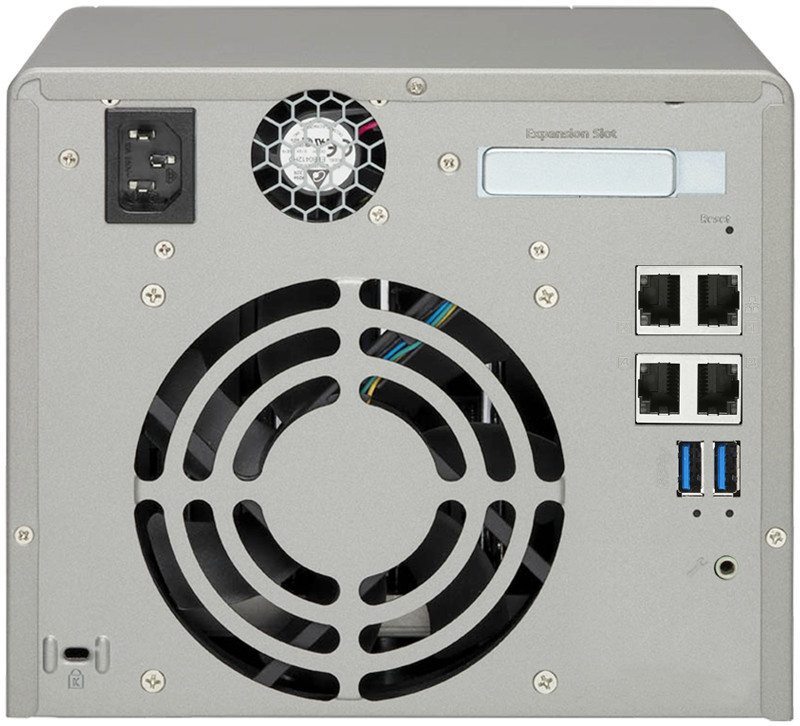 The TS-531P supports Container Station that allows users to operate multiple virtual Linux systems thanks to the LXC and Docker lightweight virtualization technologies. You can easily download more through the built-in Docker Hub Registry or create your own. It supports import and export and permission settings along with a flexible user interface, and informative dashboard. Container Station will also support the Online Document app that is currently in development. It will allow users to directly view, edit and store files of various types (office documents, images, and text files) on their TS-531P without the hassle of back-and-forth file transfers.

The QNAP TS-531P will naturally also support all the other great features that we have come to know from QNAP, from the comprehensive backup options that include cloud offerings over the powerful Qsirch search feature to the surveillance station and everything in between. It is available now starting from €513.41 and €648.81 respectively for the 2GB and 8GB models.